Stocks are at record highs and consumers are betting against them

As a general rule, consumers in the U.S. would rather, well, consume than invest. Saving rates are low, and consumption accounts for about 70% of GDP.

It's hard to escape the fact that stocks usually go up, even among those who don't regularly invest. So most consumers usually expect stocks to rise over time. And they've had that expectation for more than a year. That changed in October.

For the first time since July 2020, and to the greatest extent since the pandemic, more consumers expect stocks to fall in the coming months than rise.

October's dip into bearishness ended the 9th-longest streak with more consumer bulls than bears since 1987. 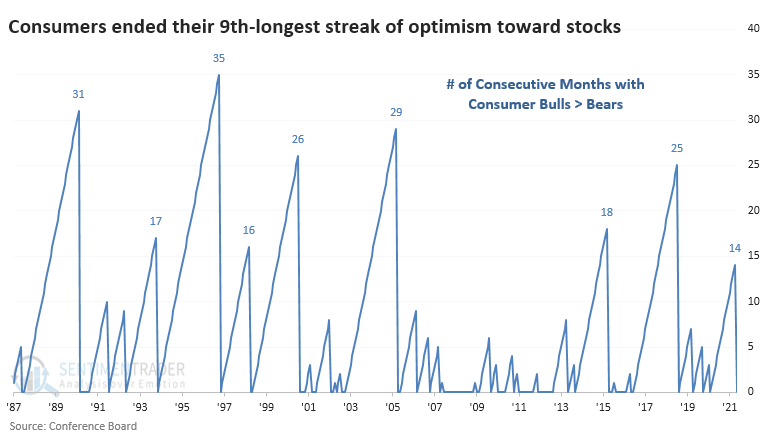 When consumers turn negative on stocks for the first time in over a year, it has preceded some weakness at the beginning of the next month, then stronger-than-average returns in the months ahead. The only time when consumers ended up justified in their concern was in 2002. Six of the seven others preceded a double-digit gain in the S&P 500 during the following year.

Semis keep trucking. Traders have turned especially bullish on semiconductor stocks. The Optimism Index for the SMH fund moved above 98% on Thursday, only the 3rd time since inception it rose this high. 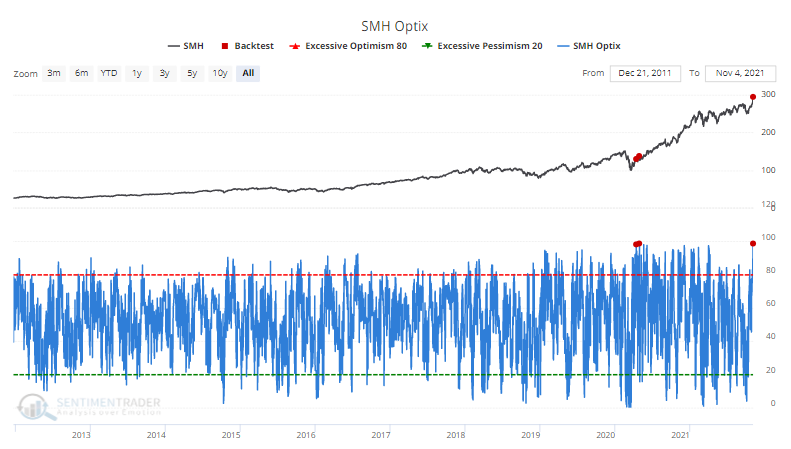 Actively buying. According to the latest NAAIM survey, active investment managers are leveraged long. The average manager is now 108% net long, the 6th-highest reading since the survey's 2006 inception. 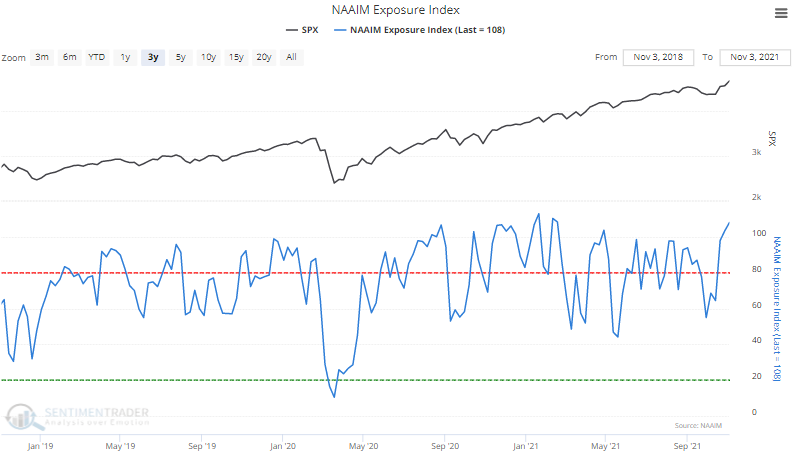 No hedging. Over the past couple of sessions, options traders on all U.S. exchanges have traded twice as many calls as puts. The 3-day average of the put/call ratio is at its 3rd-lowest reading of the year. 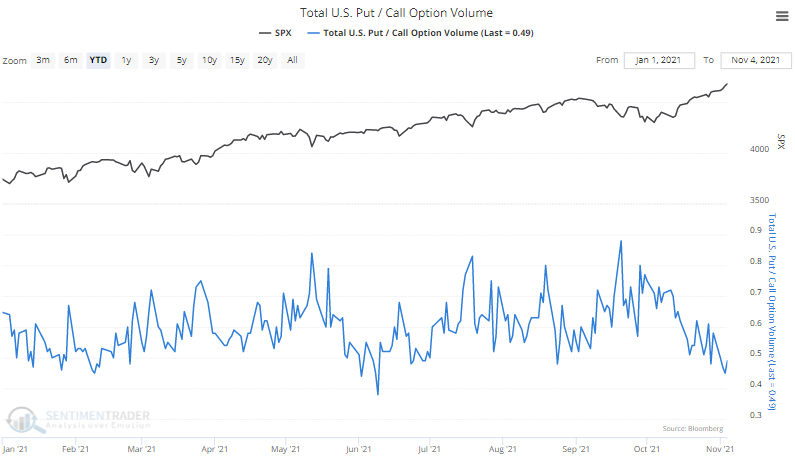 The post titled Stocks are at record highs and consumers are betting against them was originally published as on SentimenTrader.com on 2021-11-05.