Stocks and the dollar are "joined at the pip"

Joined at the pip

There usually isn’t much of a correlation between movement in stocks and the dollar. As much as investors want to assign a narrative linking the two during intraday gyrations, there is usually only a weak link. Over the past few months, though, they’ve moved together more consistently than any time in well over a year.

This triggered before the crash in 1987, then again on the cusps of the two major bear markets in the 2000’s but it ignores the fact that it also preceded healthy rallies more often than it triggered before a crash.

For the buck, it led to weaker-than-average shorter-term returns, but decent longer-term ones.

The utility sector is one of the slowest-moving of the majors, one reason it’s considered a defensive group. They’ve thrown off that shackle this week, with a jump in underlying buying pressure.

When we see a sector like this undergo a move like that, it’s usually a negative for the sector and indeed, utility stocks rarely made further sustained headway. For the broader market, this typically happened during times of stress, and the S&P 500 most often rebounded over the medium-term.

Long-term breadth momentum looks to be rolling over from a high level. The S&P 500 McClellan Summation Index is close to falling below 1050. 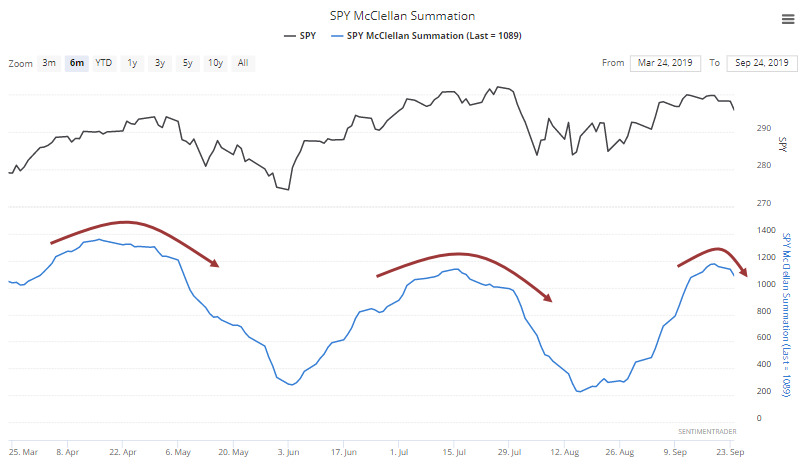 But momentum rarely just disappears – the Backtest Engine shows us that the Summation has crossed below that level 28 times, and SPY was higher three months later after 27 of them (the sole loss was a miniscule -0.1%).

The Optimism Index on TLT went from deeply oversold to overbought very quickly. That has consistently led to poor short-term returns, and so far it looks like bonds are following through on that typical scenario. 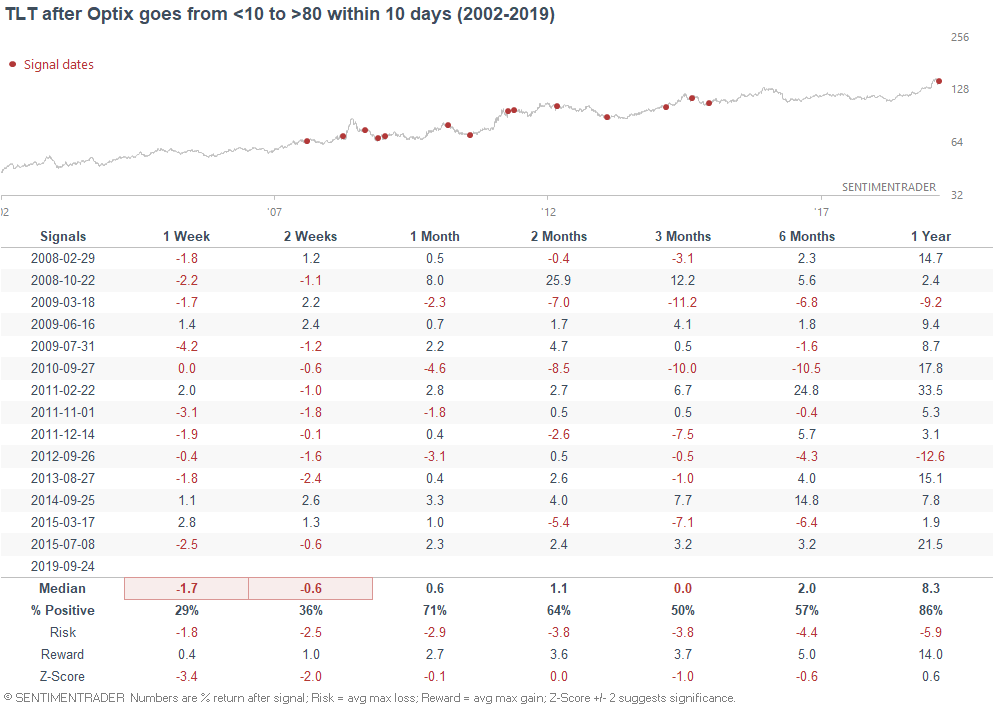 The post titled Stocks and the dollar are "joined at the pip" was originally published as on SentimenTrader.com on 2019-09-26.