There is no doubt this is being heavily influenced by the sudden drop in SPACs, which have been distorting the breadth numbers for months. Whenever there is a split like this, there's always an excuse. In prior years, the split was "only" because of bank stocks, or energy stocks, or rate-sensitive issues. The vast majority of the time, that doesn't matter. It is what it is. Trying to outsmart the indicators and guess when they matter and when they don't has never been consistently successful.

This kind of split is what makes the HiLo Logic Index spike higher. The indicator is simply the lesser of 52-week highs and 52-week lows. Bull markets are typically preceded by very low readings, when everything is in gear one way or the other. Bear markets, or at least tough market conditions, tend to be preceded by times when markets are split between winners and losers. Like now.

Over the past 5 days, the HiLo Logic Indexes on both the NYSE and Nasdaq have averaged a very high reading. In recent years, this has had a mixed record, roughly preceding 3 rallies and 4 declines. Generally, if it was going to matter, then it mattered right away. 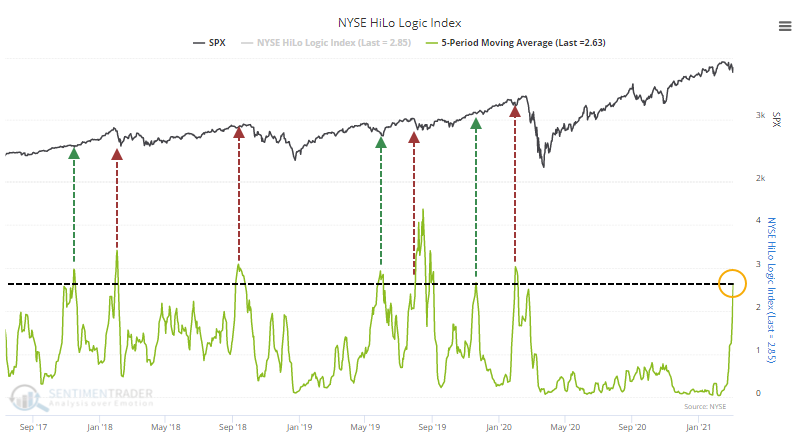 Over a long time frame, the Backtest Engine shows that anytime the NYSE figure averaged more than 2.5 over a week, forward returns were very poor, with a positive return over the next 2 months 40% of the time. 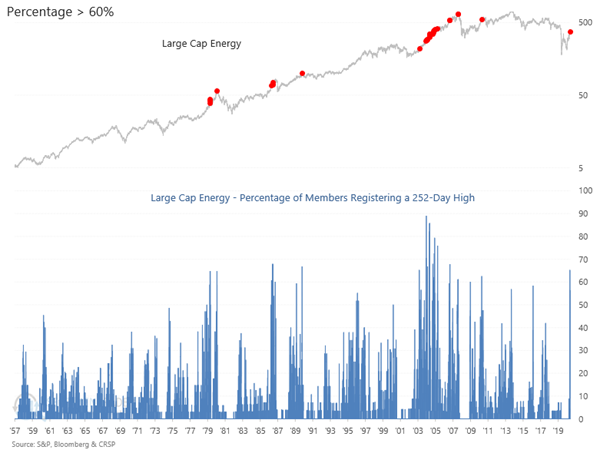 Gold's not glittering, though. Gold mining stocks have steadily slid in recent months, and now only 8% of gold mining stocks are holding above their 200-day moving averages. That's among the lowest readings in years. Source: SentimenTrader 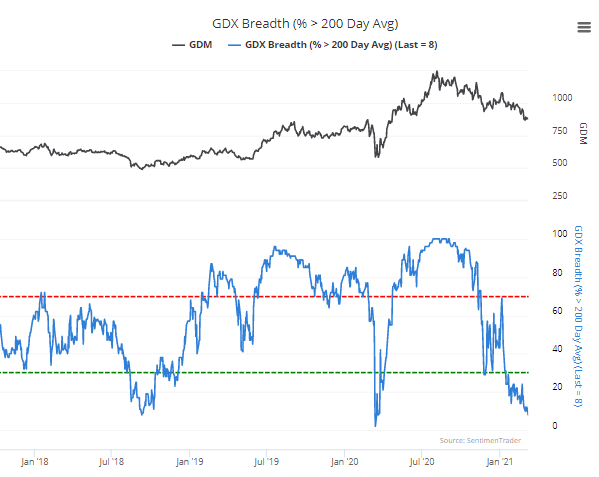 Not so safe haven. The popular broad bond fund, BND, has dripped lower in recent weeks. The Optimism Index for the fund has averaged barely above 20% over the past month, nearly a record low since the fund's inception. Source: SentimenTrader 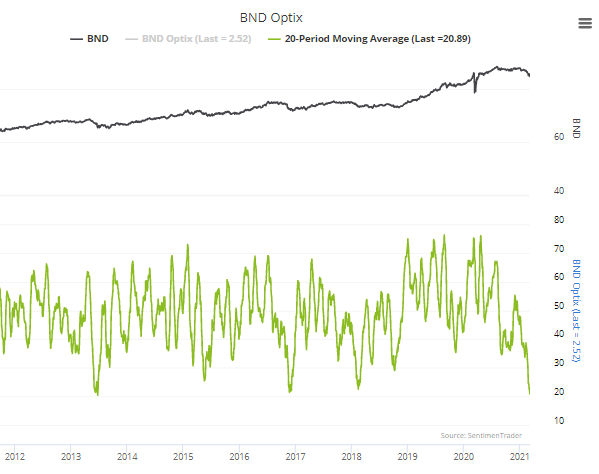 The post titled Still doing the splits was originally published as on SentimenTrader.com on 2021-03-09.