While we still haven’t seen a big cluster like last fall (which failed), technical warning signs are popping up again. That’s clearly the case when looking at the HiLo Logic Index, which once again spiked above 3. This means that there were at least 3% of NYSE securities at a 52-week high and at least 3% of them at a 52-week low.

Since 1965, the S&P 500's annualized return when the HiLo Logic Index was above 3 was a wretched -17.6%, meaning that stocks struggled to show meaningful gains when stocks were "split."

Curious about common technical indicators and whether they're effective? How best to use them? They can often be useful, but you may be surprised when, and on what markets. 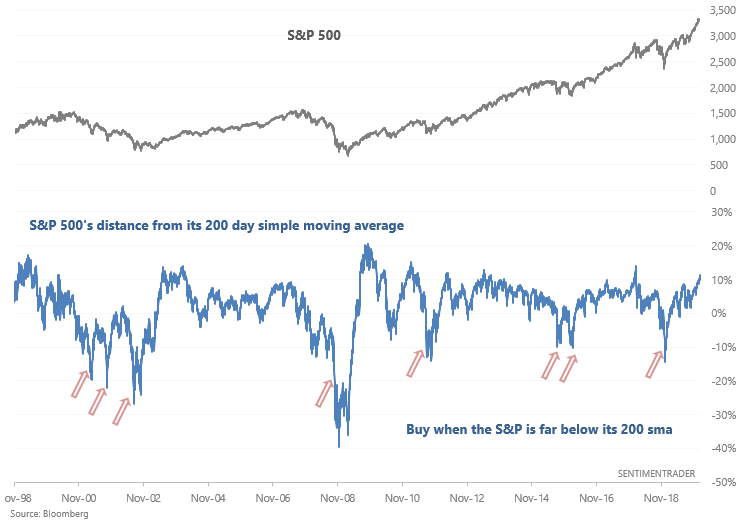 Troy has posted some in-depth instructional articles as well as videos - check them out and you will likely learn (or dis-learn) potentially important information.

Stocks remain solidly in uptrends, yet volatility expectations for the next 30 days have jumped. According to CNBC, this is a medium- to long-term buy signal for stocks.

“What we like to do is look at VIX versus where it’s been over the last three months. This was a 50% spike in the VIX off that three-month low. Typically, when you get those spikes of 50% and the S&P 500 is still above its 200-day moving average, as is the case, when you get a spike in an uptrend, you tend to have above-average returns six months out.”

Generally, this is sound advice. But the last two times it triggered didn’t work out so well for buyers. 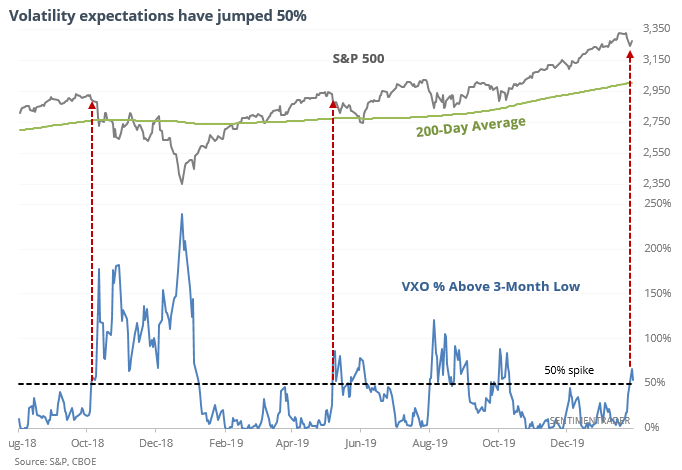 Going back to 1986, it was not a good buy signal shorter-term, though as noted in the article, the return on stocks over the next 6 months was (slightly) better than random.

The post titled Split Markets As Volatility Spikes was originally published as on SentimenTrader.com on 2020-01-30.