Speculators End Near-Record String of Bets Against the Buck

The U.S. is the place to be. Investors have been betting on domestic stocks and bonds to continue soaring. Might as well bet on the dollar, too.

Bloomberg notes that speculators in the dollar versus its major peers have flipped to a net long position for the first time in months, meaning they're shorting other currencies against the buck. This just ended the 3rd-longest streak of shorting the dollar in 30 years. 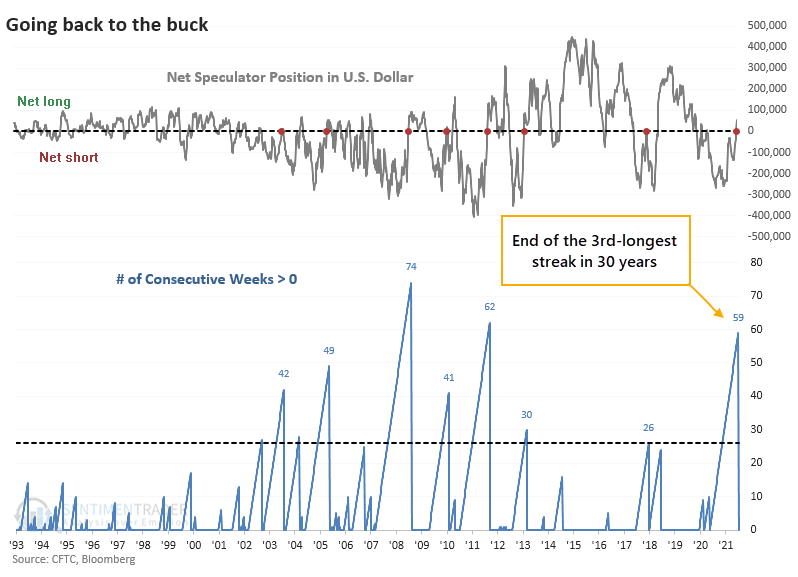 For 59 consecutive weeks, well over a year, speculators had been short the dollar. That's just below the streak of 62 weeks that ended in September 2011, which happened to mark the end of a long period of a declining dollar.

For the dollar, it was a good sign when speculators decided to start betting on the currency again after a long period of shorting it. Over all time frames up to six months later, the dollar performed well on average. There were a few losing periods, including the most recent one. But generally, the return of these trend-following traders tended to keep pushing the buck higher in the months ahead.

No more worries? The shortest recession in U.S. history has ended. Once the NBER declares a recession to be over, that should be good for growth stocks, right? Right? In this video, we take a look, and you might be surprised. 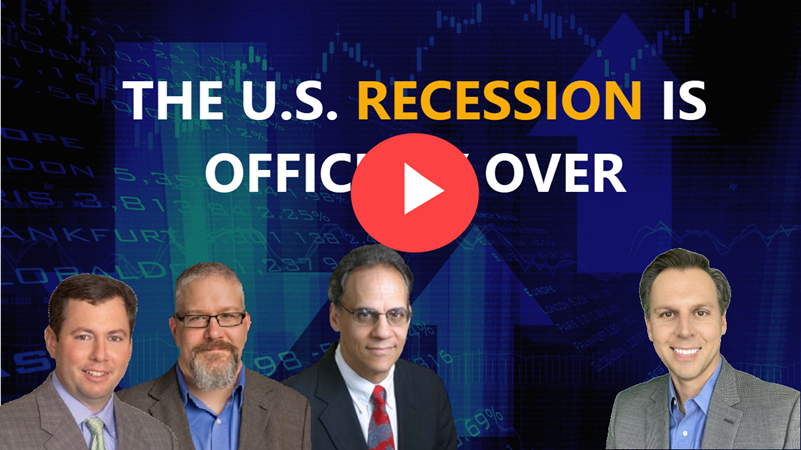 Burning rally. Natural gas has been on fire this year. Looking at its average seasonality, the contract usually sees a soft spot around this time of year, though it has bucked the pattern in recent months. 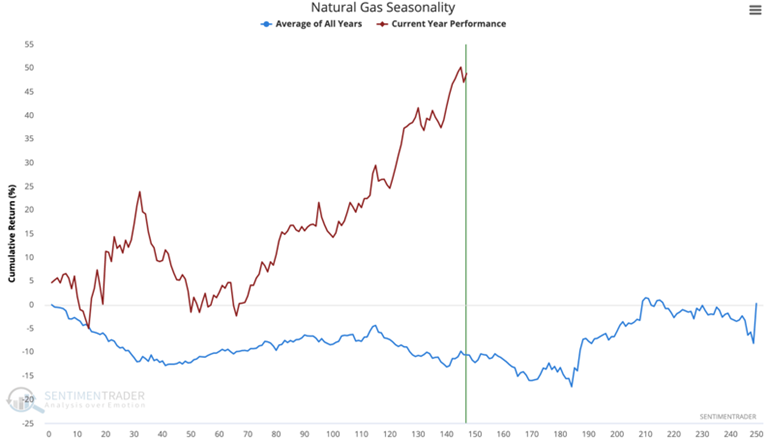 Resurgence. The FXI China Fund got its largest inflow since June of 2015 as traders bet that the recent plunge was overdone. 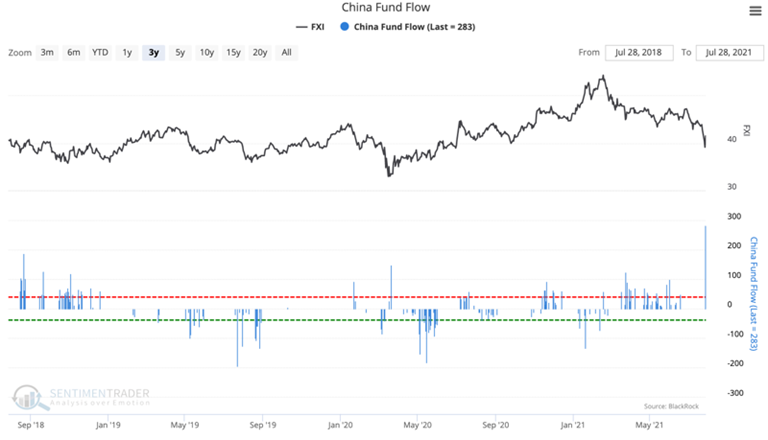 The post titled Speculators End Near-Record String of Bets Against the Buck was originally published as on SentimenTrader.com on 2021-07-30.