Thanks to a lot of volume in index options, the CBOE’s total put/call ratio dropped to a very low level. Over the past two weeks, it has moved to one of its lowest readings in the past year (the axis on the chart is inverted).

Put/call ratios can trend over time, so using some kind of normalization can be helpful. That’s what we do with the de-trended version of the equity-only ratio on the site. So, looking at the current level of the 10-day average relative to others over the past year, we see that it's low on both an absolute and relative basis.

Such a low level of hedging relative to speculative activity has been a short-term negative for stocks, but not much beyond just a couple of weeks. This is a modest, short-term only, warning.

A breakouts to new highs after a protracted period tends to be good longer-term sign when we're looking at equity indexes, both in the U.S. and overseas. We've seen a bunch of them lately.

About the only issue is that in the short-term, it's been maybe too good. The Dow, NASDAQ Composite, and S&P 500 are all sitting at all-time highs for the first time in more than 70 days. When this happened in the past, the market often faced weakness over the next 2 weeks. 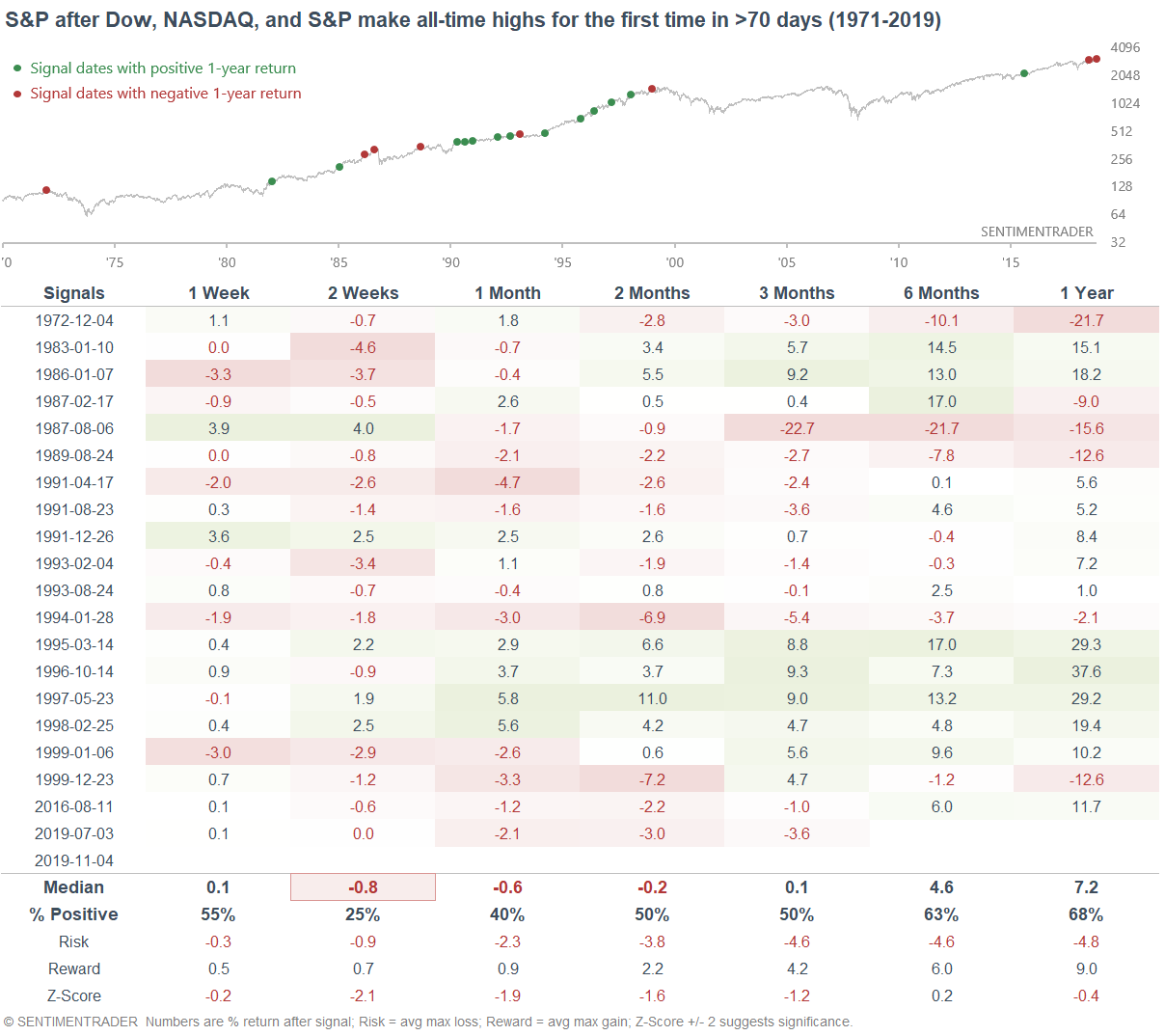 Much of the longer-term risk was focused in the first 1-2 months, so the next few weeks or so is the window in which we're most likely to see a pullback after this kind of widespread momentum.

The post titled Speculative Options Trading Picks Up was originally published as on SentimenTrader.com on 2019-11-06.