S&P stocks are starting to roll over, but...

A popular economic data series has tumbled into recession territory. The ISM Manufacturing survey has cratered over the past year and fell well into contraction territory in September. It typically does not get this low outside of recessions. But that has little bearing on future returns in stocks (or other factors and sectors). 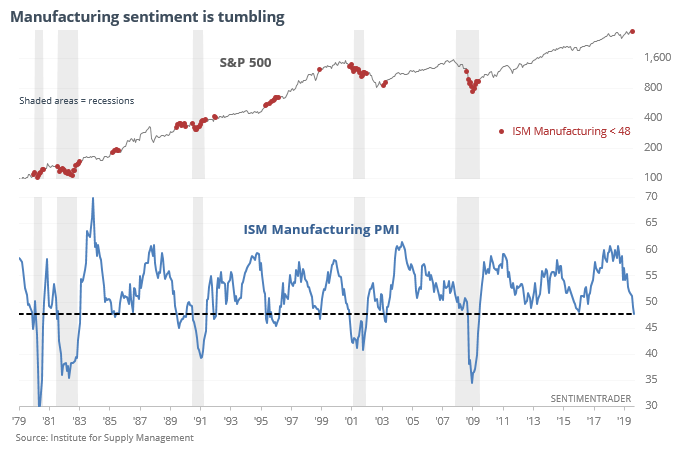 Looking at the decline in the survey several different ways, we tried to find something consistently negative in its message over a medium- to long-term time frame, but were unsuccessful.

While indexes chop around, more stocks within the S&P 500 are generating sell signals via the MACD indicator, showing their moving averages are crossing each other to the downside. More than a third of stocks in the index have triggered a sell signal in the past 2 weeks. 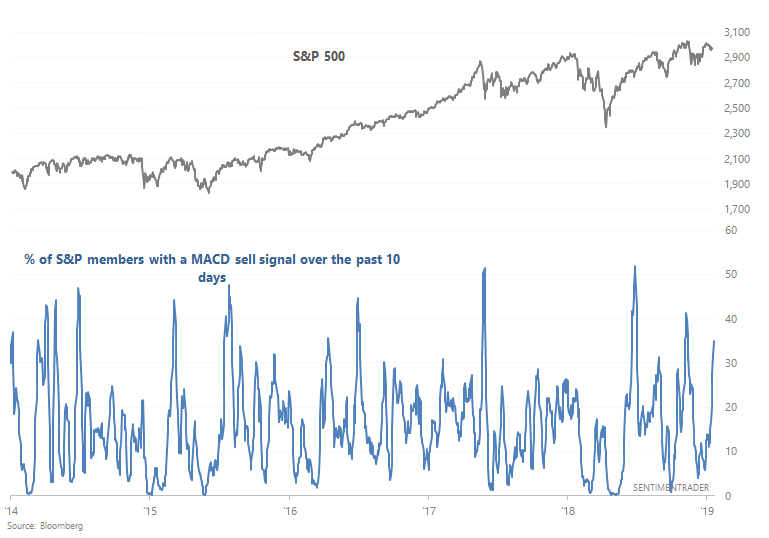 When so many hit a sell signal while the S&P was above its 200-day average, it wasn’t a drag on returns. Across all time frames, the S&P rose at least 69% of the time, with above-average returns on all time frames. 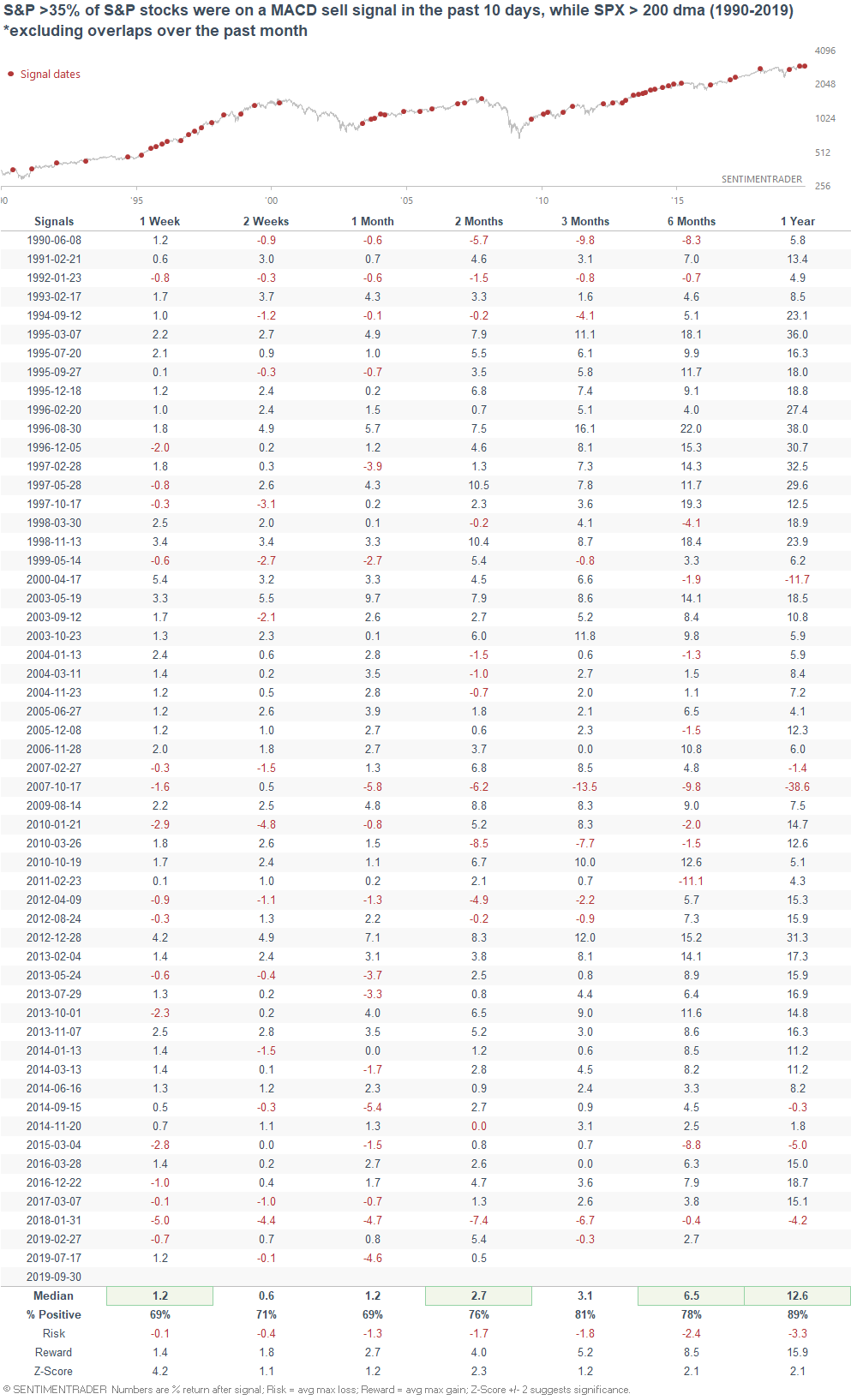 The post titled S&P stocks are starting to roll over, but... was originally published as on SentimenTrader.com on 2019-10-02.