During October and November, we looked multiple times at the broadening of the rally, including historic thrusts of overwhelming buying interest. Those are the kinds of readings that can overwhelm sentiment extremes like we've recorded in recent weeks.

The improvement in some of these figures was due in large part to a renewal of interest in smaller stocks. The Cumulative Advance/Decline Line for the Russell 2000 is near a decade-long high thanks to the recent surge that also pushed its McClellan Summation Index above +500 for the first time since the beginning of the year. 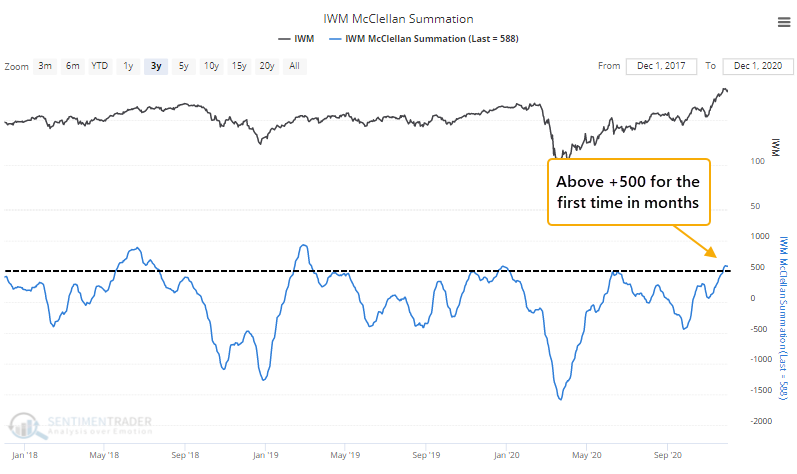 When its Summation Index moved above this threshold for the first time in more than 9 months, the Russell continued to gain every time over the ensuing 3 months, even after accounting for frequent shorter-term weakness.

1. Put/call ratios are starting to go off the chart, at the bottom. Hedging activity via put options has dried up while call option volume has exploded to the highest on record. [Bloomberg] 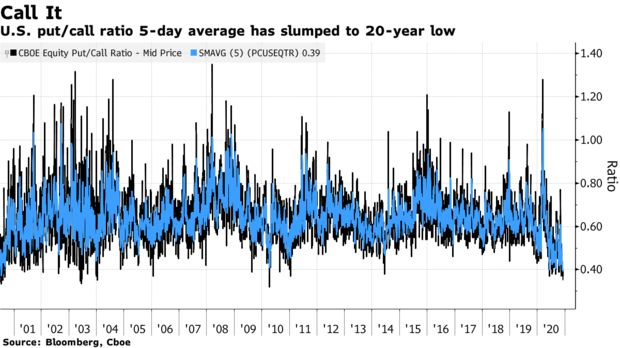 2. They don't have enough money to pay out their obligations, so pension funds have become heavily invested in the one asset class they think will help them make up the difference - stocks. [Biano Research] 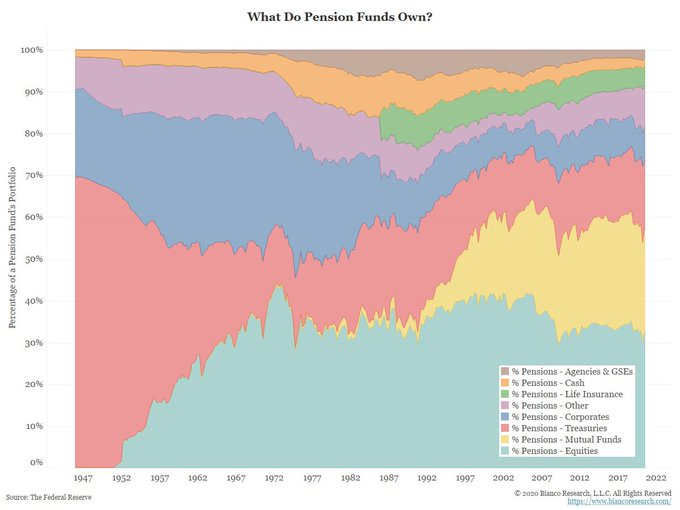 3. One place that pension funds - and pretty much everyone else, it seems - are not finding value is that most precious metal of all. Gold funds have bled assets for 4 consecutive weeks for the first time in over a year. [Bloomberg TV] 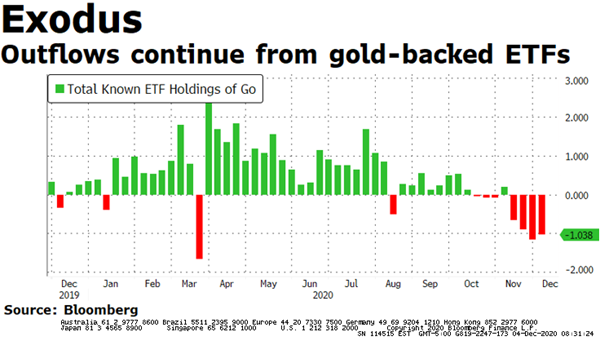 The post titled Small stocks see big momentum was originally published as on SentimenTrader.com on 2020-12-04.