In a year when headline indexes like the S&P 500 have set record after record, it seems like it has taken the small-cap Russell 2000 forever to break out. It finally did, by the tiniest of margins.

After more than six months of consolidating in a tight range, the Russell managed to push over the hurdle and close at a record high on Tuesday. That ended more than 160 days without one. 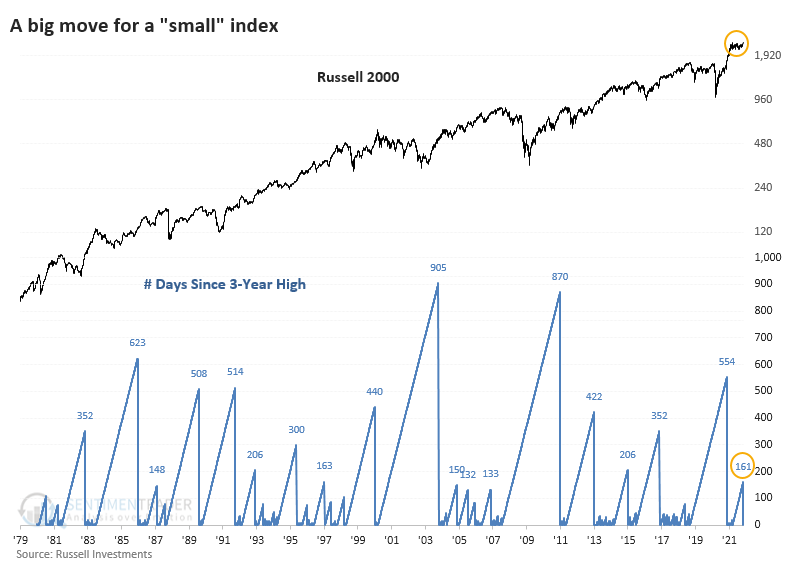 The index has gone far longer without setting a multi-year high, but this one seems overly long because other indexes have been rising without it. And with rare exceptions, it's been an excellent sign for those patient enough to stick with it.

Looking at the Risk/Reward Table for the Russell 2000, there was only a single loss of more than -5% at any point within the next three months. Almost all of the nearly 20 prior signals saw more reward than risk over the next 3, 6, and 12 months.

Retail is buying retail. Ostensibly helped by a surge in retail trading activity, the XRT retail fund surged and the Optimism Index exceeded 97%. That's the highest level in more than 6 months. 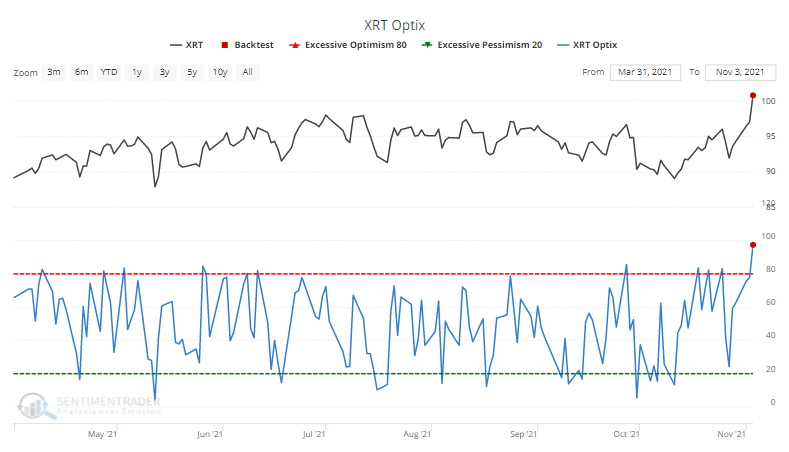 Insiders have no energy. Corporate insiders in energy companies have greatly pulled back from their buying activity. After a surge in 2020, insider buying has dried up. 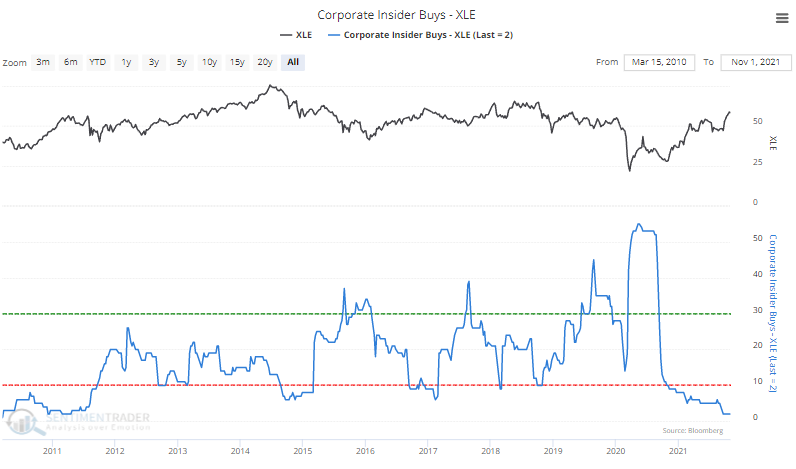 Not selling Staples. While they're not buying energy, corporate insiders are also not selling Consumer Staples stocks. Insider selling transactions over the past 6 months are nearing a record low. 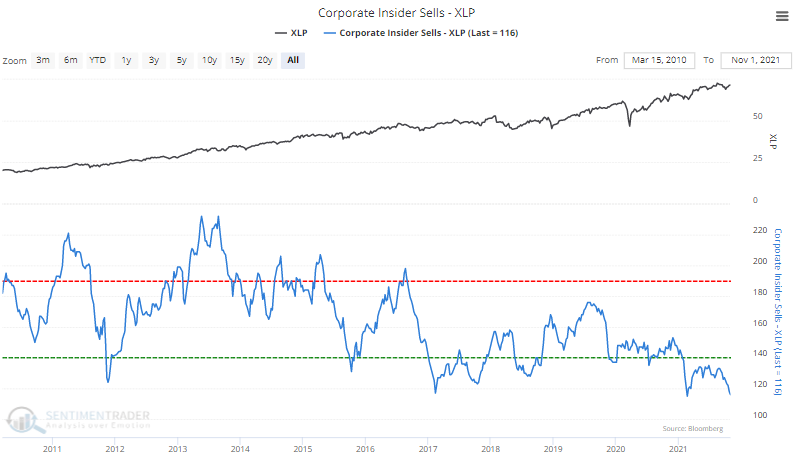 The post titled Small Stocks Just Made a Big Move was originally published as on SentimenTrader.com on 2021-11-04.