Small options traders are buying lots of calls AND puts

Last week, the smallest of options traders appeared to get a lot more optimistic than they've been in weeks. After paring down their speculative call buying in March, they ramped it back up again last week, spending more than 42% of their total volume on buying call options to open. That's among the most in years. 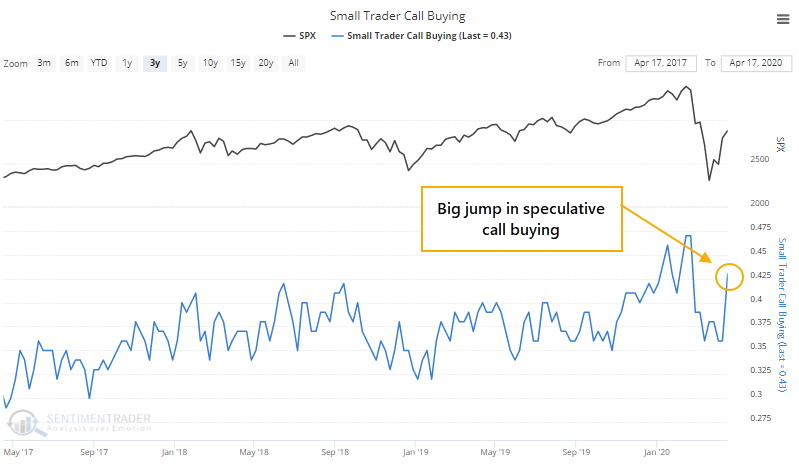 The odd thing is that they're buying a lot of protective put options, too. They spent more than 35% of their volume on buying puts near the bottom, a record amount, and have since pulled back on that strategy, but not as much as we might expect. 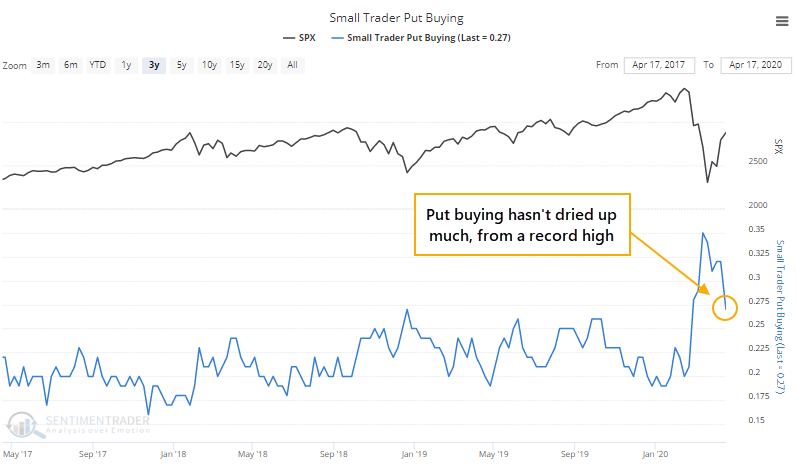 That sends a mixed message - small traders are buying a lot of calls and puts at the same time. That means they're spending less on selling options to open, which is a trend that's been in place for a decade.

If we look at the amount of money these traders are spending on their put and call premiums, then we can see that it spiked as they panicked in March, and has since receded to a neutral level. This happened in 2002 (twice) and 2009, as well.

The post titled Small options traders are buying lots of calls AND puts was originally published as on SentimenTrader.com on 2020-04-21.