Shorts have left the market

The big topic over the past week has been short interest. By the sounds of mainstream media, there's a massive build-up of shares that greedy hedge funds have borrowed and sold, hoping to buy them back later at a lower price.

As usual, it's uninformed hyperbole. Short sellers provide an invaluable service to the investment world, and in any case, their thesis is completely wrong. In some stocks, there surely had been a huge build in the number of shares sold short.

In the average stock, not so much. The average stock across the S&P, Dow Industrials, Nasdaq 100, and Russell 2000 has just over 2% of its float sold short, a 17-year low. 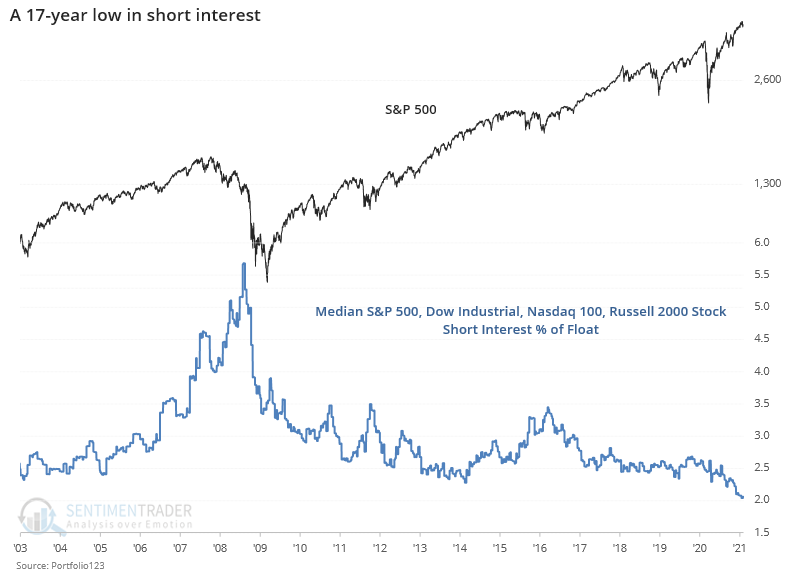 One of the main benefits of a healthy base of investors willing to sell short is that it helps to keep companies honest. Instead of the rah-rah "Great quarter, guys" from many analysts whose firms have investment banking relationships, shorts cast a skeptical eye and are willing to ask tougher questions.

Perhaps it's never been more important. As companies emerge from the chaos of last spring, many of them are still losing money. More than 7% of firms within the S&P 500 are showing negative operating earnings over the past 12 months, the highest percentage in over a decade.

At least some investors are worried. A peculiar survey of institutional investors shows that they're the least optimistic on stocks' future returns in at least 20 years. Source: Yale

World stocks are underperforming. Yesterday, we showed that few stocks in the S&P 500 have been able to beat the index over a 12-month period. It's not just the U.S. - the same phenomenon can be seen worldwide. Source: Julien Bittel of Pictet 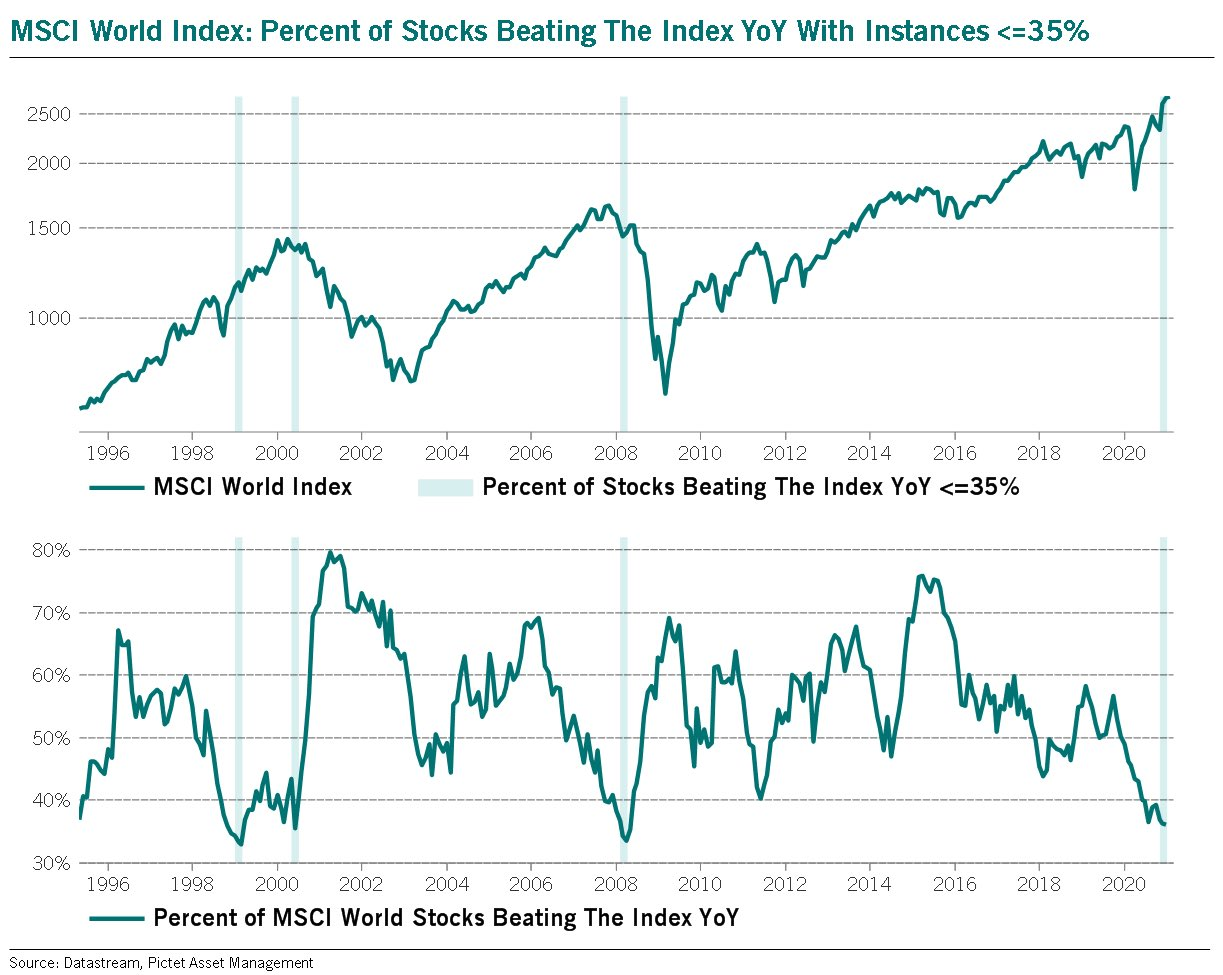 Individuals are getting cautious, too. At least, if you want to believe that a relatively small sample of relatively old folks is an accurate measure of "sentiment." The AAII survey is showing a consistent leak in the percentage of bullish investors. Source: AAII via Helene Meisler 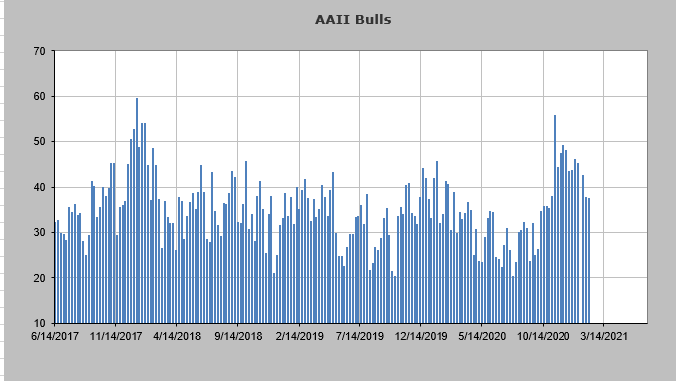 The post titled Shorts have left the market was originally published as on SentimenTrader.com on 2021-02-04.