The S&P 500's rally of 27% from its closing bottom in March has pushed many of our Optimism Index (Optix) indicators for ETFs to excessive optimism territory.

This is typically a short-term bearish factor for stocks, but over the longer-term isn't really a concern. For example, SPY's Optix is at 98 as of Tuesday's close: 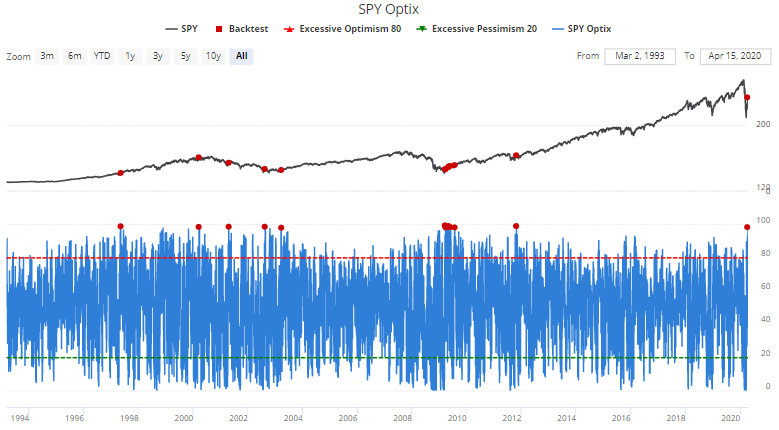 When this happened in the past, SPY faced mild weakness over the next 1-2 weeks, though it wasn't bearish after that. If we isolate for historical cases that occurred while the S&P 500 was under its 200 dma (i.e. still in a long term downtrend), SPY's 1 week forward returns were more negative according to our Backtest Engine:

The post titled Short-term optimism has spiked was originally published as on SentimenTrader.com on 2020-04-15.