September Is the Least Likely Month To Do This

This year will go down in the history books as one of the best for investors. It already has in many respects, as we outlined two months ago. And it just keeps going.

September and October are well-known as being the most challenging for traders, as stocks have tended to see their worst returns and highest volatility. In a premium post yesterday, Jay showed that over the past 120 years, if an investor held the Dow Industrials only during September and October, their return would have been -74% (though it hasn't been nearly as bad since 2008).

It's relatively unusual for the S&P 500 to close at a record high in August. It would be even more unusual if it did it in September. 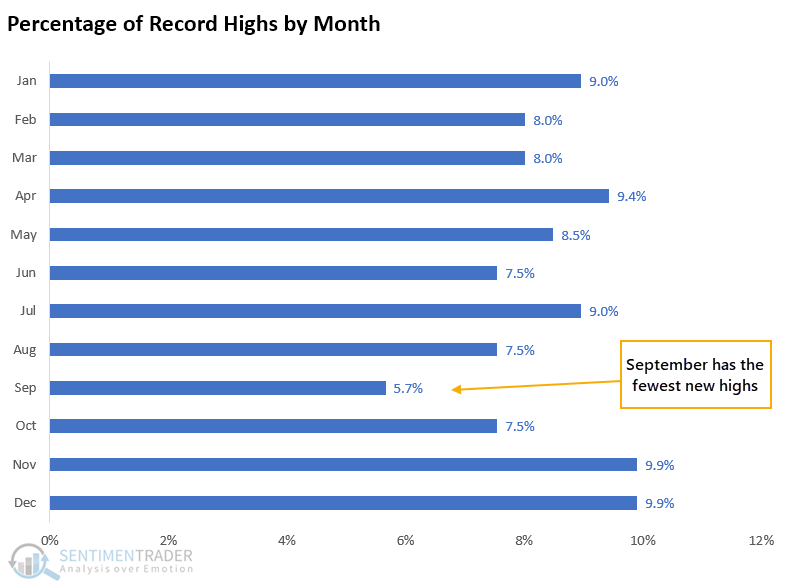 Stocks have rolled right over every possible negative in 2021, and seasonality is a tertiary factor anyway. That said, the S&P 500's returns after it closes the month of August at an all-time high was a sea of red, with positive returns over the next month only 20% of the time.

September seasonality. Our calculation of seasonal biases for some of the most popular ETFs shows quite a few that average a return of less than -0.5% during the month of September. 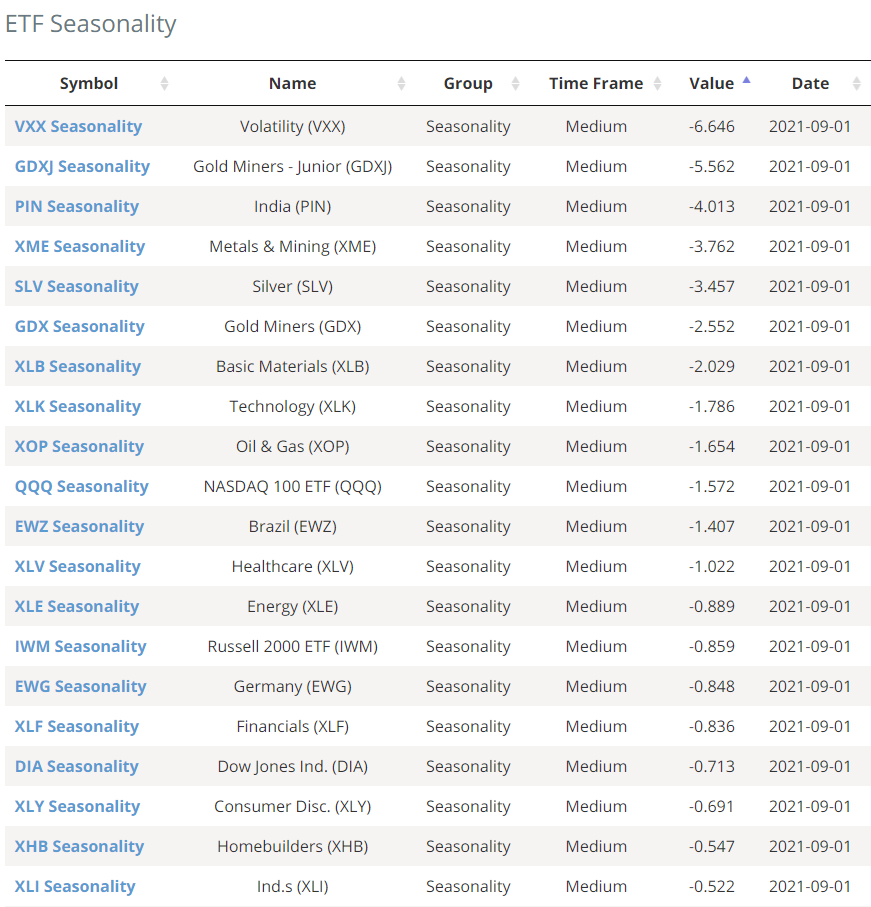 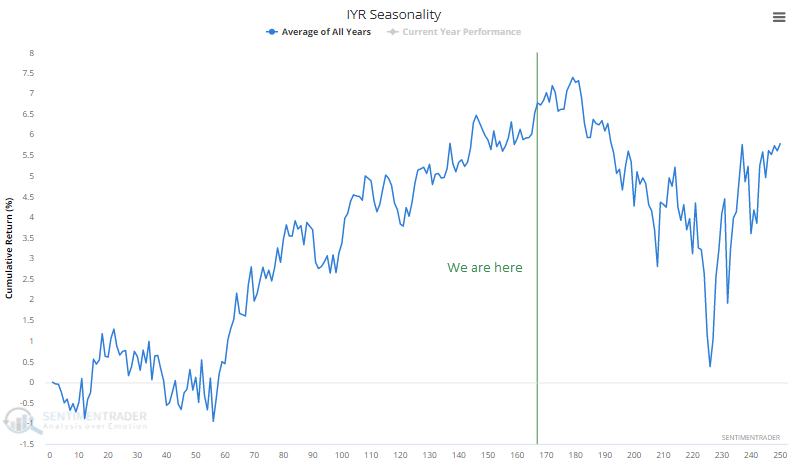 Piling in anyway. Traders don't seem to mind that seasonal effect, as the IYR fund took in more than $500 million on Wednesday, among its largest single-day inflows since inception. 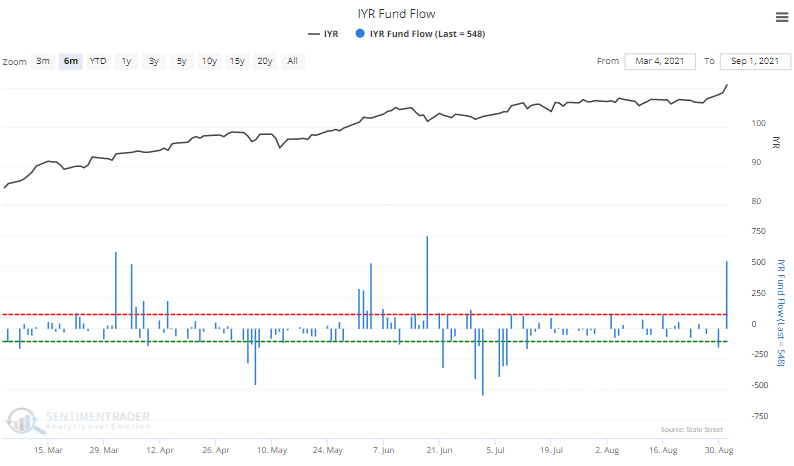 The post titled September Is the Least Likely Month To Do This was originally published as on SentimenTrader.com on 2021-09-02.