Sentiment is starting to turn

Even though stocks remain volatile with no sign of a bottom, sentiment has started to turn. The spread between Smart Money and Dumb Money Confidence has curled down from a near-record high and hasn’t set a new extreme for a week.

This is almost exactly the opposite of what we looked at in early February, when sentiment was turning from extremely optimistic conditions.

Forward returns after similar turns since 1998 were good, and while there were some medium-term losses, they were mostly muted, with small risk relative to reward. These were only short- to medium-term indications, though, and not necessarily a sign that long-term risk was low. 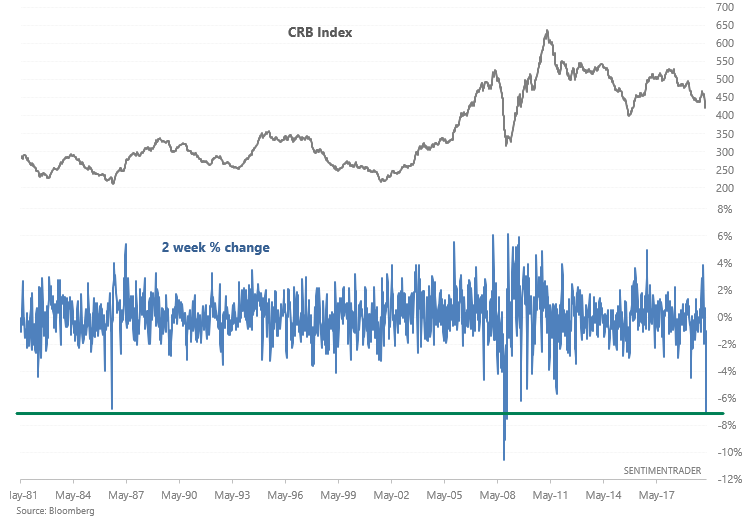 The few historical cases saw the CRB Index rally significantly over the next year.

The post titled Sentiment is starting to turn was originally published as on SentimenTrader.com on 2020-03-23.