After hitting optimistic extremes – and then staying there for weeks on end – sentiment has started to normalize. It’s not quite back to a neutral range but is getting there quickly. 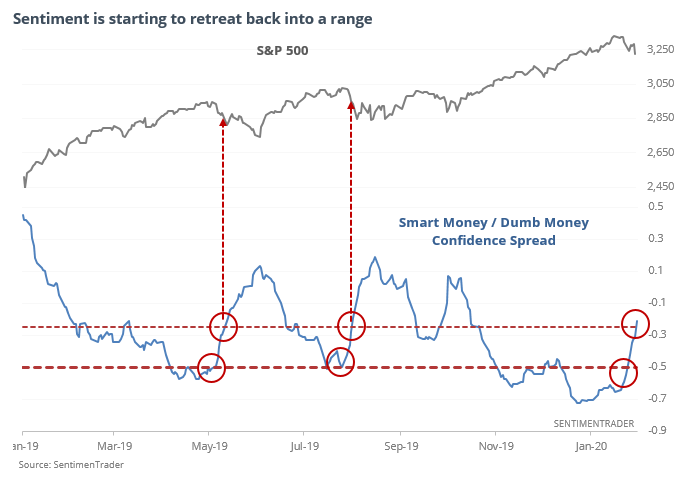 Even so, when it has been stretched as much as it has, just getting to neutral hasn’t been enough to stop the selling pressure.

When we look at other times the S&P 500 was at a multi-year high within the past month, and the spread between Confidence went from beyond -50% to narrower than -25%, we see that every time, there was more work to do on the downside.

Technical warning signs are popping up again on the NYSE and Nasdaq (and individual indexes). The first and biggest caveat is that there were even more warnings last November, and those suffered a rare failure. We tend to place more weight on recent occurrences and while these signals have 50+ years of history, the fact that the last signal failed is notable. Not enough to ignore the current ones, not by a long shot, but still. 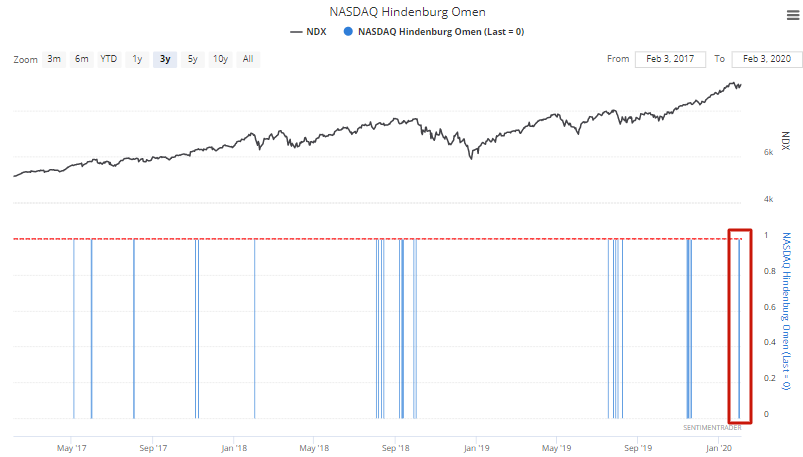 When these signals cluster on both exchanges, it's been tough for the Nasdaq to hold onto further gains. 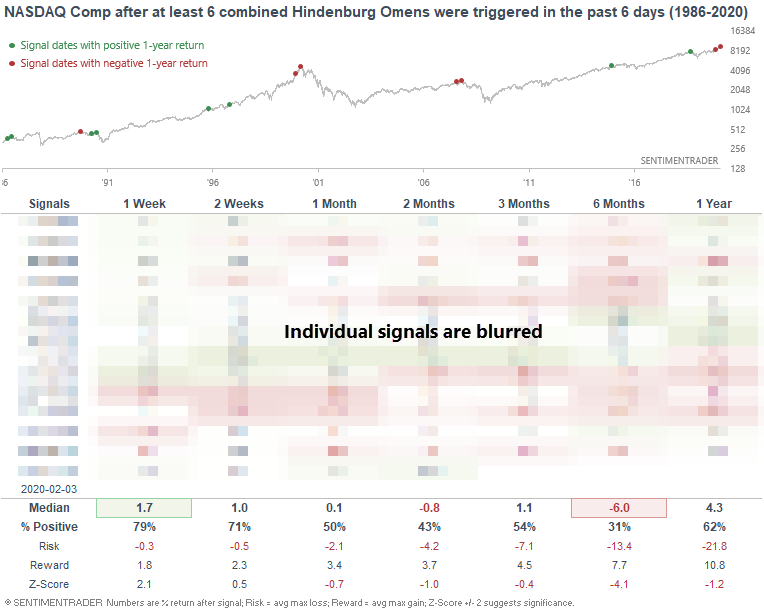 For more detailed background information on the Omen and how to use it, check out this overview video.

The post titled Sentiment Is Normalizing As Technical Warnings Trigger was originally published as on SentimenTrader.com on 2020-02-04.