Rydex Traders Rush To Bull Side

Wednesday's release of asset levels in the Rydex family of mutual funds showed a sudden willingness to bet on a further market rally.

Total assets in the bull funds (that bet on a market rally) jumped by more than $62 million to the third-highest level of this bull market. The other two times in neared this level were prior to short-term peaks in stocks.

At the same time, bear funds (that bet on a market decline) lost more than $52 million in assets. One minor positive is that this is still not extreme, as bear assets had tumbled much further earlier this year. 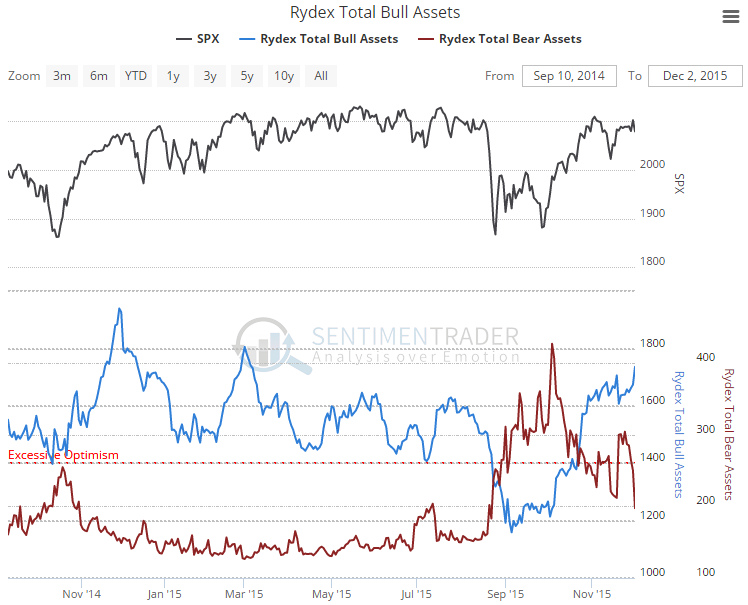 The sudden shift caused our shorter-term indicators to record extremes. The Beta Chase Index tells us that these traders are now 6 times more likely to buy into a higher-risk fund than a lower-risk fund. Again, something normally seen before some short-term trouble. It also caused the RSI Spread to reach +100, basically meaning an all-out switch from bear to bull funds over the past five days. 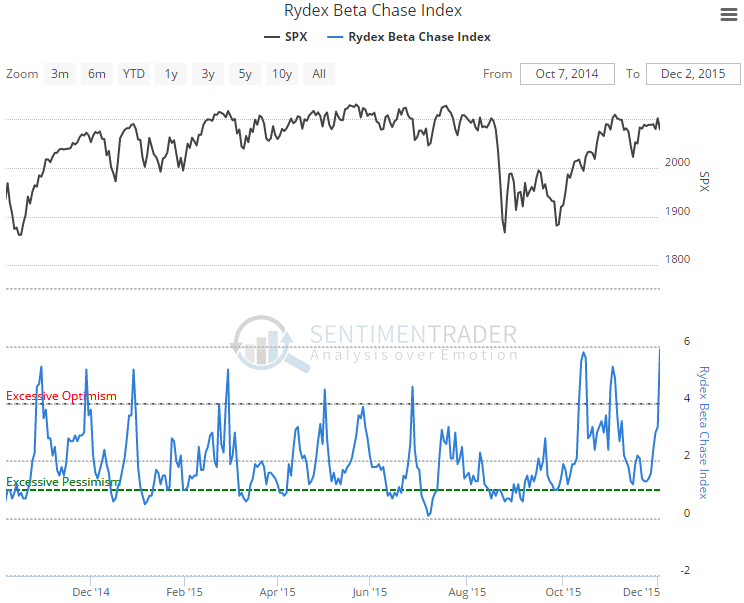 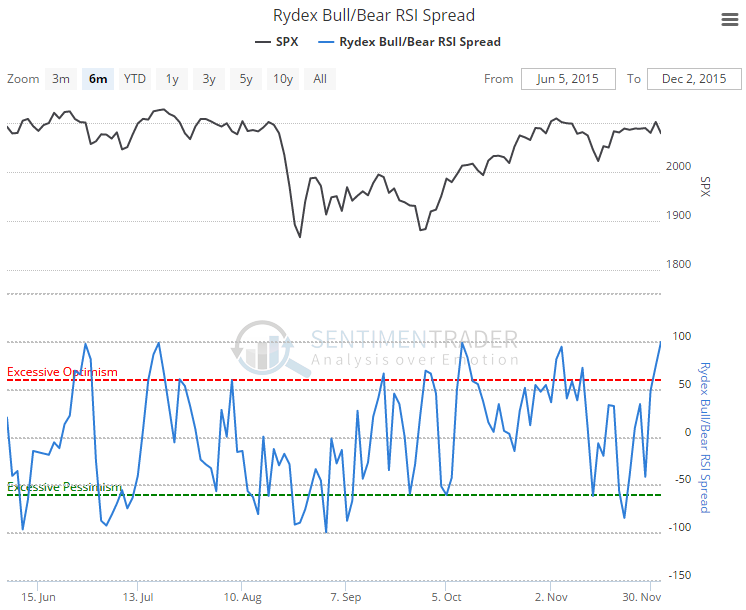 The post titled Rydex Traders Rush To Bull Side was originally published as on SentimenTrader.com on 2015-12-03.