Risk Is Back, Baby 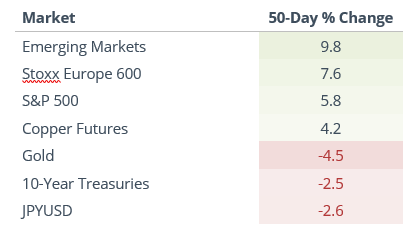 Since 1990, when all the risk-on assets rose at least 2.5% over the past 50 sessions while all the risk-off ones lost at least -2.5%, for the S&P 500 (and copper), it was not a good short-term sign, and even three months later the S&P was negative more often than positive. After that, though, it was mostly good, with two big exceptions. 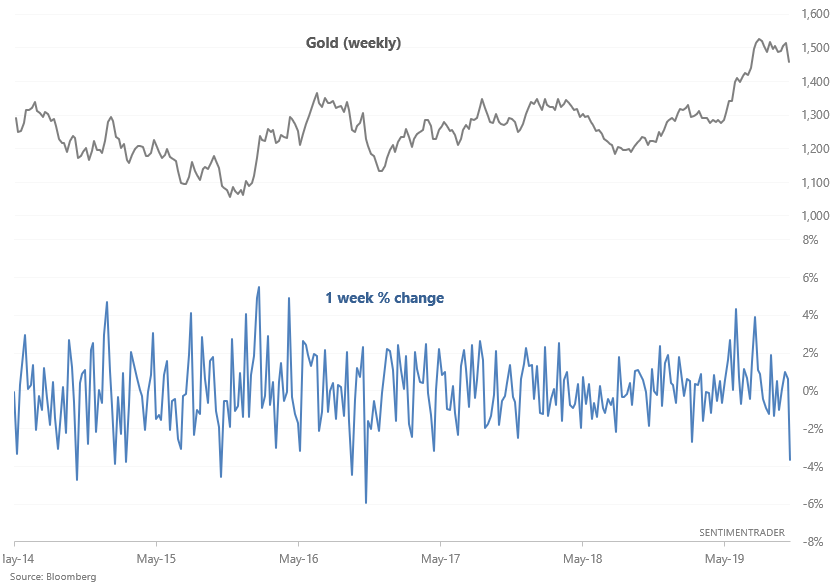 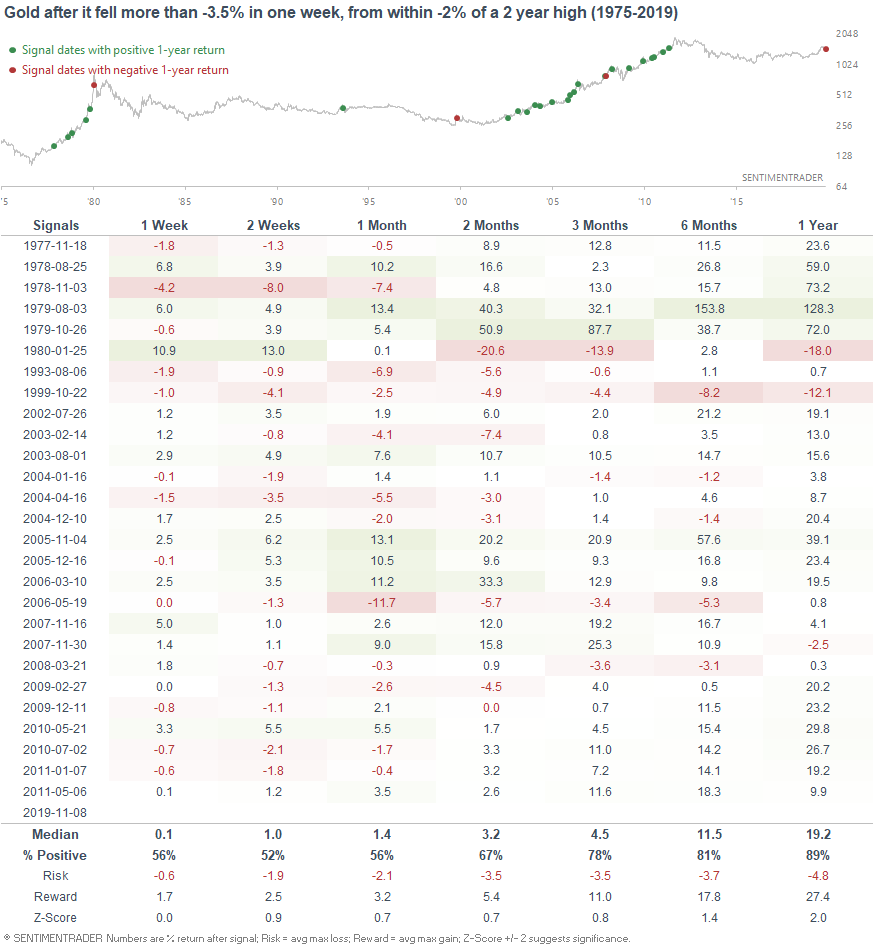 The post titled Risk Is Back, Baby was originally published as on SentimenTrader.com on 2019-11-12.