Persistent Momentum Gets Investors Back In The Mood

Investors are back in the mood

After more than 9 months, the AAII survey of individual investors shows that more than two-thirds of them are finally optimistic. This ends one of the longest streaks in 30 years.

After the ends of other long streaks with subdued sentiment, the S&P 500 most often carried higher over the next week, but then ran into some issues. Over the next 2-3 months, its returns suffered. They were not only below random, but the median was negative, and the risk/reward was poor.

We've looked at a bunch of momentum type studies. Another will pop up this week, with the S&P 500 rallying 10 out of 11 weeks.

Such persistent rallies have usually been followed by weakness over the next 1-2 weeks, especially from 1980-present. And while the 2-3 months forward returns may seem bullish, many of those bullish cases occurred before the 1980s. 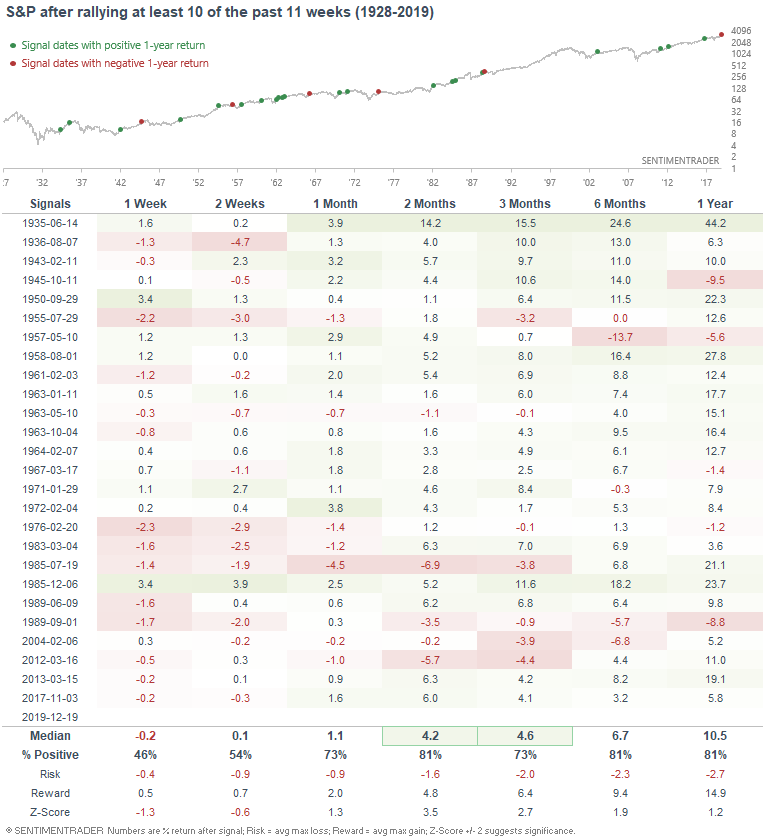 The post titled Persistent Momentum Gets Investors Back In The Mood was originally published as on SentimenTrader.com on 2019-12-20.