The smallest of options traders are not to be deterred.

Even after what were likely catastrophic losses over the past two weeks, since most of the options activity was concentrated in the large tech stocks that have suffered large losses, retail volume for 10 contracts or fewer increased its speculative tilt last week. They spent nearly 50% of all their volume buying call options to open, a naked bet on rising prices. 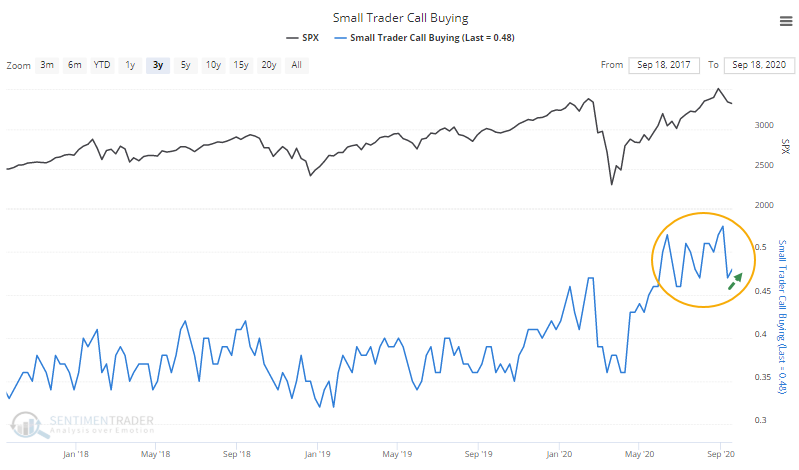 The ratio of opening call premiums to put premiums declined, ranking among the lowest in 20 years. This is even after the S&P 500 slipped below its 10-week moving average. According to the Backtest Engine, that has not been a good combination.

The post titled Options traders won't be deterred was originally published as on SentimenTrader.com on 2020-09-22.