One of the many measures of panic that triggered in March was the overwhelming preference for traders to reach for put options, hedging against the possibility of further losses. At its peak in March, the 10-day average of the Equity-only Put/Call Ratio neared 1.0, meaning more volume in protective put options than speculative calls.

It has since calmed down and moved well into neutral territory. We've seen time and time again that during bear markets, neutral sentiment is about all that's required before sellers do their thing again.  Even if we're in a bull market, which is when similarly quick shifts in sentiment tend to occur, future returns were iffy.

Also worrying is that overall speculation in options remains in the upper end of its range. 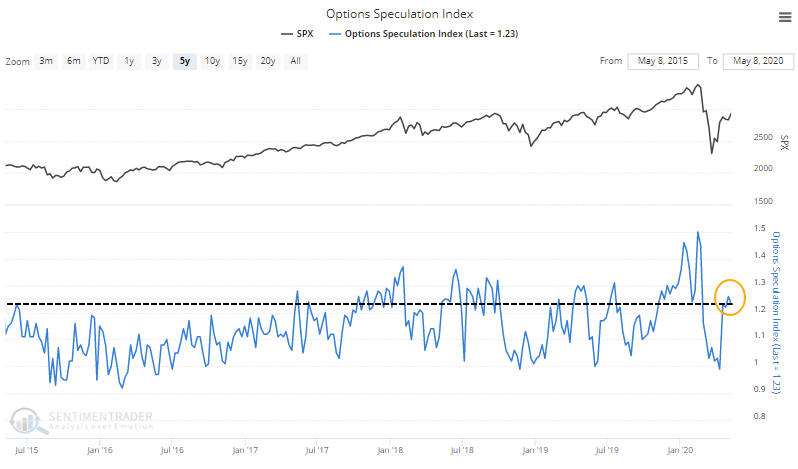 This is the highest the Options Speculation Index has ever been with the S&P 500 trading below its 50-week moving average, and while there has been a general trend higher in the data over the years, it's still higher than bulls would like to see.

The post titled Options traders show comfort with the rally was originally published as on SentimenTrader.com on 2020-05-13.