Last week, we noted that options traders were quickly becoming more speculative. It hadn't reached the extremes from September 2020 or January/February 2021, but it was a stark change from the relative pessimism of just a little over a month ago.

Now, they're nearing the all-time speculative blow-off peak from February, with the smallest of traders spending 53% of their volume on buying calls to open. That ranks as the 4th-most out of the 1,141 weeks since January 2000. It's even more extreme among large traders.

Among all traders on all U.S. exchanges, net speculative volume is equal to the peak during the week ending February 12. There's no point showing the complete history as we did last week because extremes over the past year are so far beyond anything seen in the prior 20 years that it completely distorts a chart. 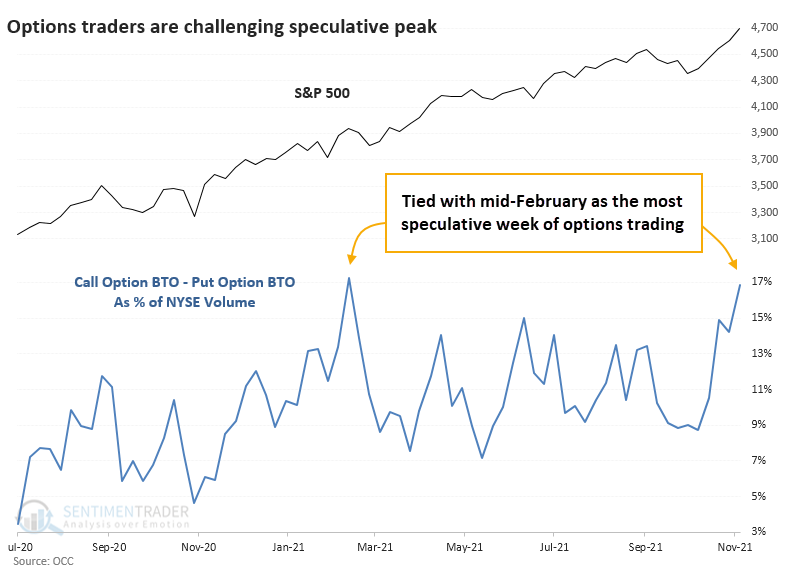 The prior peaks didn't precede any significant damage in the S&P 500 - its price chart has been solidly up and to the right. But there were periods of several weeks following the other two speculative spikes where prices chopped around. And, it disguises some more notable weakness in other areas of the market.

Small-cap cycle. Small-cap stocks have cycled from a period of underperformance to outperformance. Their Relative Ratio Rank is now 100%, typically a good sign for stocks in general as it shows risk-seeking behavior...until it doesn't. 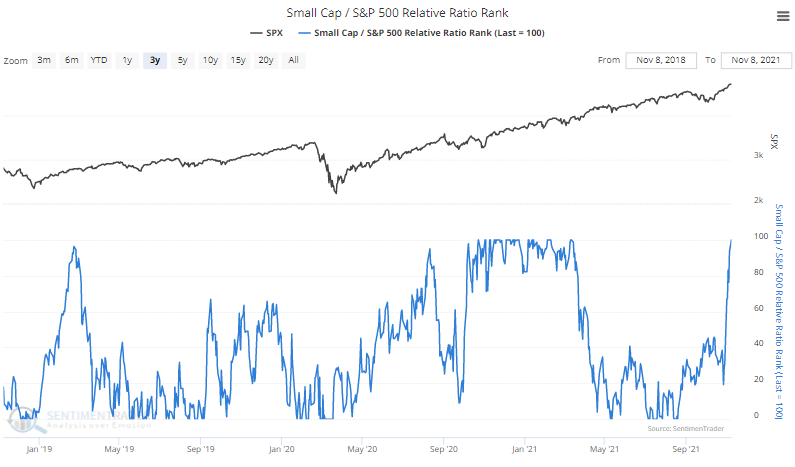 Party on, Wayne! High-beta stocks have been outperforming high-quality stocks. Their Relative Ratio Rank is also now at 100%, rebounding from 0% during September. 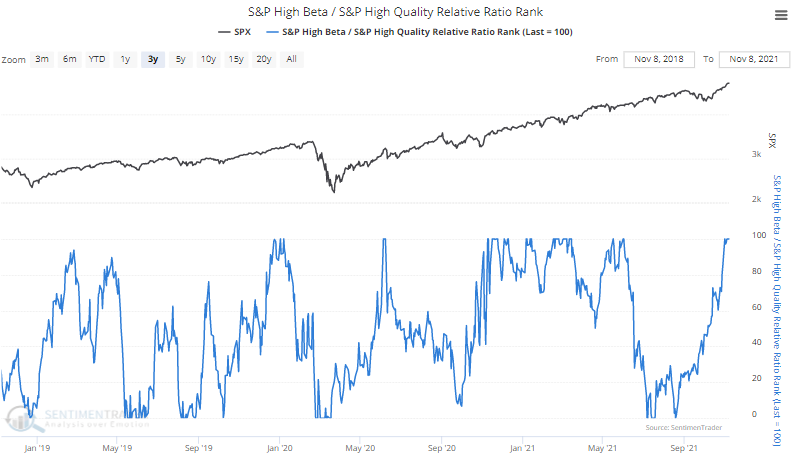 Party on, Garth! A rebound in Micro-Cap stocks is another sign of exuberant risk-seeking behavior. Their Relative Ratio Rank has jumped from 0% during the fall to over 80% now. 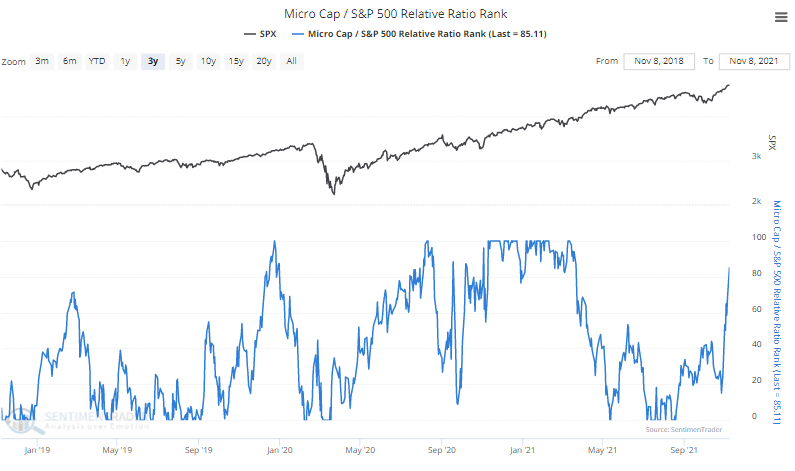 The post titled Options traders return to speculative euphoria was originally published as on SentimenTrader.com on 2021-11-09.