Only one other year can truly compare to 2021

This year has been a lot like 1995. It has been more like that year than any other, at least in terms of performance. In August, we looked at some of the records being set this year during one of the most persistent and consistent rallies of all time. The one year that was consistent with pretty much all of the momentum studies we've looked at this year is 1995.

That year rallied strongly in September while this year stumbled. Otherwise, they followed each other closely, even including some December weakness. 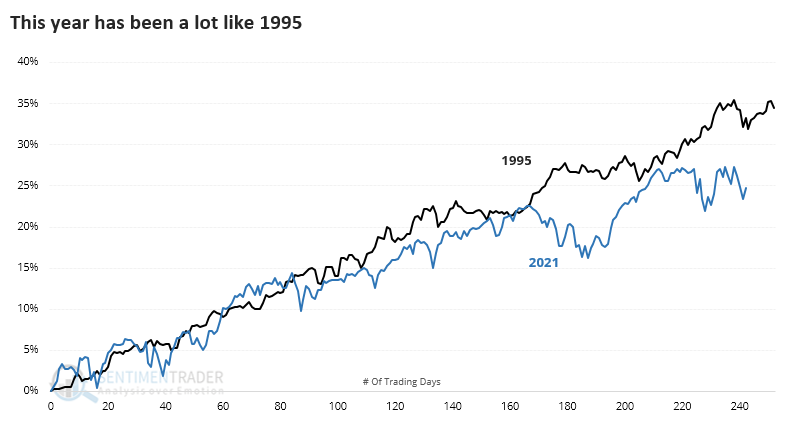 We're most concerned about what these high correlations might mean going forward. Based on those precedents, the answer is positive, at least in the couple of weeks heading into and immediately after the New Year. Over the next 2 weeks, the S&P rallied 15 out of 18 times.

We have been watching the biotech sector closely of late.

Jay considered the potential for using our Optimism Index (Optix) to play the long side using shares of the SPDR S&P Biotech ETF (XBI). The rule we will use is:

For this signal to occur, the 50-day average for XBI Optix needs to drop below 40%. This typically unfolds over time when XBI experiences a significant decline. 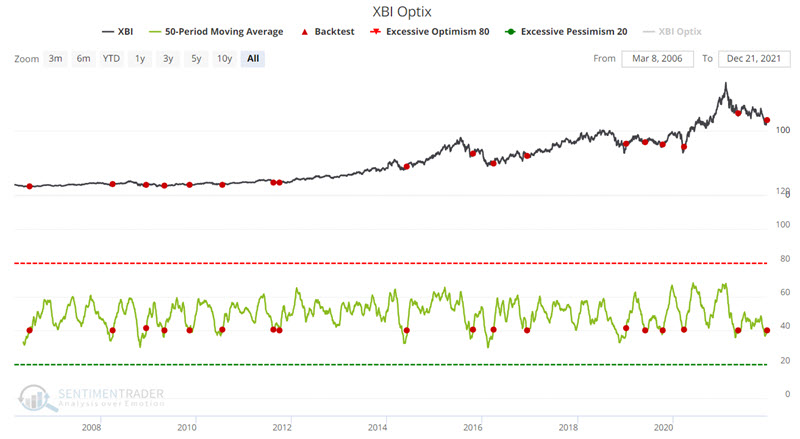 Jay also outlined a couple of ways a trader could take advantage of this setup.

The post titled Only one other year can truly compare to 2021 was originally published as on SentimenTrader.com on 2021-12-23.