One Of These Things Is Not Like The Others

One of these things is not like the others

Out of the “big four” equity indexes, the S&P, Dow, and Nasdaq are all sitting at new all-time highs. The small-cap Russell 2000, however, is lagging badly again and is more than 8% off its highest level.

This happened in July, and historically has been a moderate negative shorter-term, but not so much after that.

The S&P’s returns over the next 2-4 weeks were poor, with relatively high risk relative to reward. Even three months later, the S&P was higher only 42% of the time.

The good part? Six months later there was only a single loss.

With yesterday's jump in the stock market, the Total Put/Call ratio fell the lowest level in years. The ratio is now more than -2.3 standard deviations below its 50 dma, showing a sudden preference for trading (presumably, buying) call options that goes well beyond traders' recent appetite.

When this happened in the past, the S&P's returns over the next month were more bearish than random: 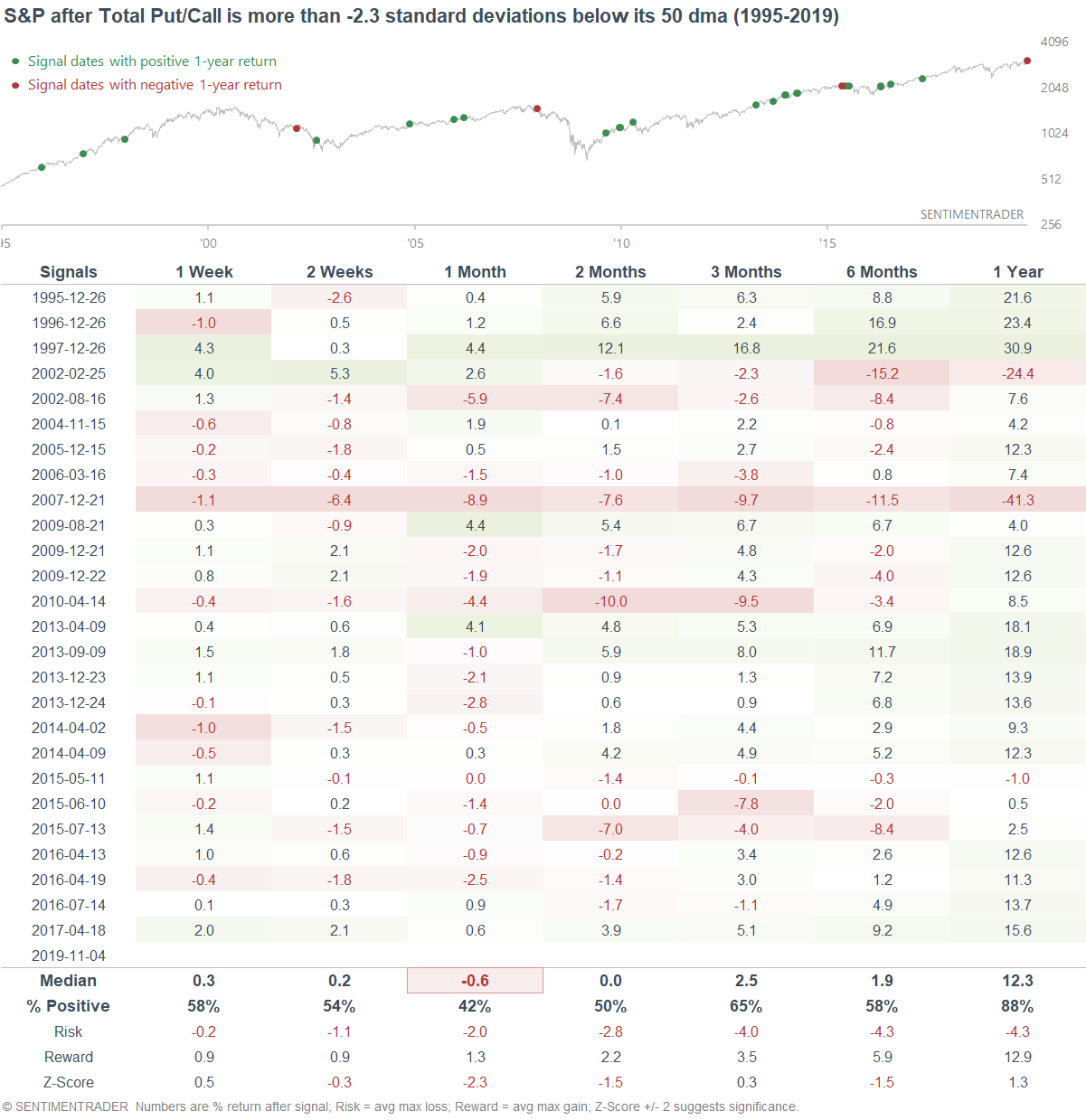 After the first month, it didn't show a discernible negative impact.

The post titled One Of These Things Is Not Like The Others was originally published as on SentimenTrader.com on 2019-11-05.