One of the worst quarters ever for safe havens

During a mostly positive quarter for stocks (depending on the sector), other major markets got hit hard. For both gold and bonds, it was among the worst ever.

For gold, a 10% quarterly loss is unusual. In nearly 50 years, there had only been 9 other quarters with a loss this large. 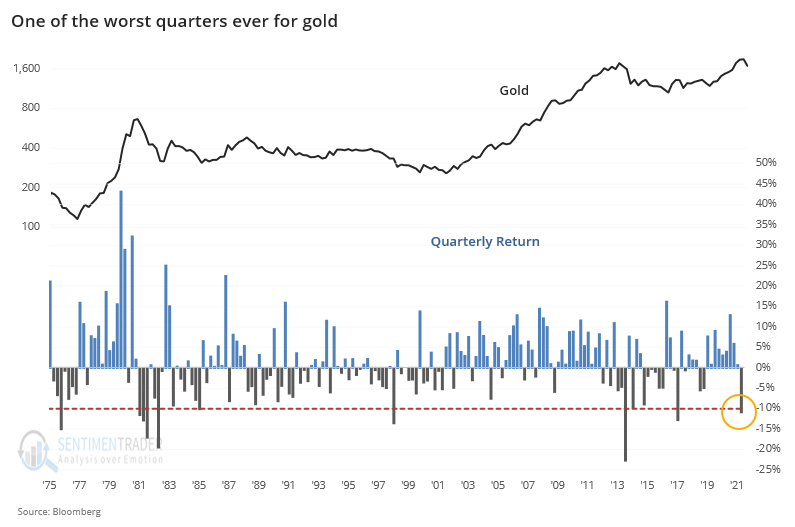 In terms of what it meant going forward, the answer was "not much." That's mostly thanks to the huge volatility in the years surrounding 1980, though - after that, all four of the quarters with massive losses ended up leading to gains for gold during the months ahead.

Bonds, too, suffered one of their worst quarters in 50 years...and it wasn't just because of Treasuries.

Nothing "semi" about semis. Traders rushed whole-hog into semiconductor stocks, pushing the Optimism Index to one of the highest levels in the SMH ETF's history. 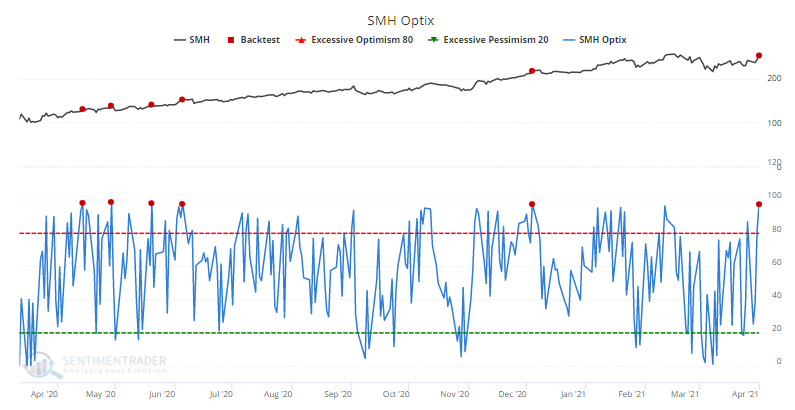 Bonds are apparently not the place to be. In direct contrast to sectors like semis, traders are fleeing some of the more staid corners of the market. The investment-grade corporate bond fund, LQD, suffered its largest-ever single-day outflow, losing more than $1.5 billion in assets. 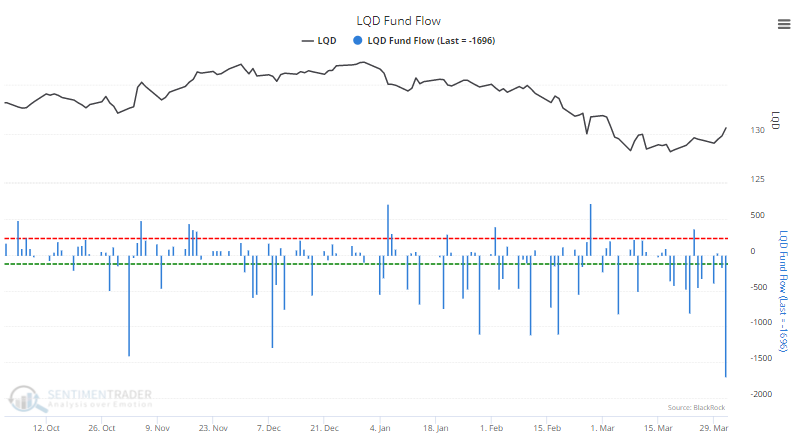 Neither is gold. The GLD gold fund has leaked an average of $160 million in assets per day for the past 50 days. In the fund's history, this was exceeded only by the spring of 2013. 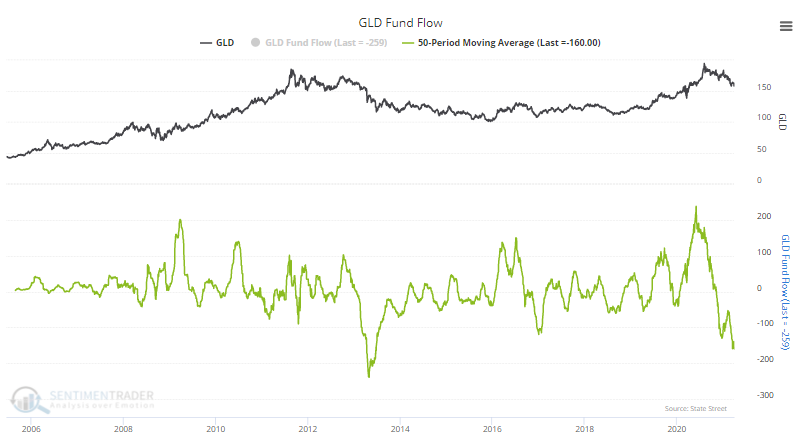 The post titled One of the worst quarters ever for safe havens was originally published as on SentimenTrader.com on 2021-04-02.