One of the dollar's worst months ever

The dollar has had a really, really bad month.

Unless it makes a stunning reversal on Friday (it didn't), the buck is on track for one of its largest monthly losses in a decade, amid a drop to at least a two-year low. 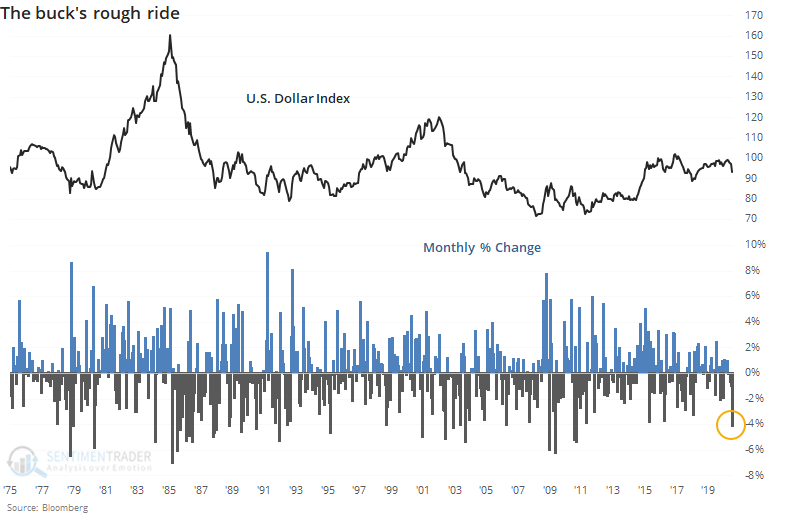 Downside momentum in the dollar hasn't necessarily had a tendency to lead to mean-reversion. Unlike what we often see in stocks, extreme moves in one direction aren't a great predictor for contrary moves in the other direction.

That's been the case for large monthly declines, as well. When it has suffered at least a 3% decline to at least a two-year low, the dollar showed a gain over the next six months only 40% of the time, and its median return across all time frames was below random. There are other measures showing sentiment on the buck is pessimistic enough to lead to a shorter-term snapback, but that now needs to fight historically bad momentum.

The post titled One of the dollar's worst months ever was originally published as on SentimenTrader.com on 2020-08-03.