The U.S. Oil Fund (USO) has been a poor product almost from the get-go, as it struggles to track the price of crude oil while battling the long-term effects of contango.

With oil taking another beating today, USO is getting hit especially hard, off nearly 6% so far on Monday.

That has pushed the fund below its lower Bollinger Bands, one of the few technical indicators we regularly watch. It's a handy measure to see check how unusual a move is given its recent history.

It's unusual to see a fund trade at both a new 52-week (at least) low and below its lower Bollinger Band. It shows that traders are especially eager to purge themselves. 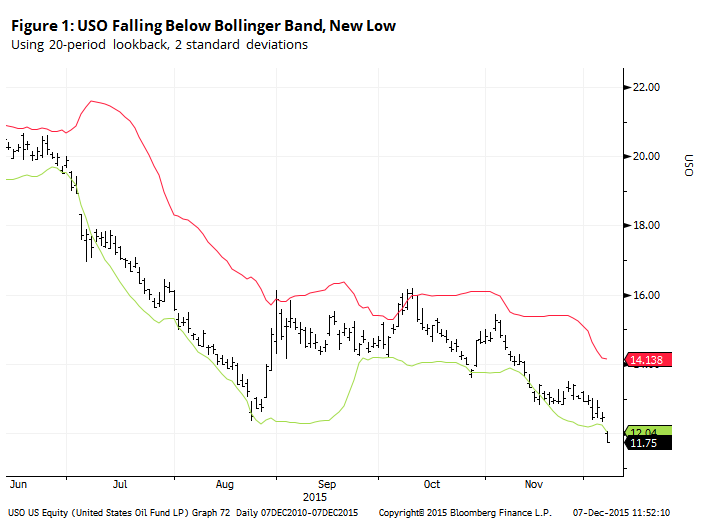 Figure 2 shows the returns in USO over the next days and weeks if investing $100,000 in USO when it closes at a 52-week low and below its lower Band.

Even during its mostly horrid history, the fund has had a tendency to snap back over the next 1-2 days. After that, not so much. There are some longer-term reasons to expect this move to be exhaustive (such as the latest Commitments of Traders data) but the price action so far is giving little comfort to those expecting it. 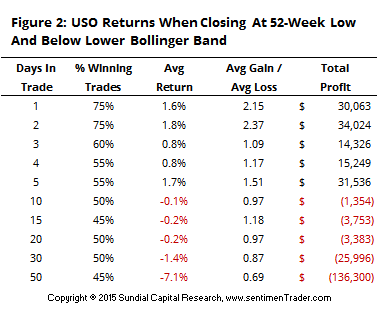 The post titled Oil Taking A(nother) Beating was originally published as on SentimenTrader.com on 2015-12-07.