For all the unprecedented action over the past month, nothing beats the moves in oil.

Shares outstanding in the most popular fund, USO, have gone parabolic. While this has triggered the usual round of "this won't end well for mom and pop" kinds of comments, it's not that simple. Every time USO has plunged, shares outstanding have skyrocketed, a combination of buy-the-dippers and short-sellers scrambling to trade the fund.

It's been a heck of a ride for some of the other funds, too, especially if they're leveraged. That has triggered a rash of corporate actions like reverse splits or even outright delistings, just this month alone. 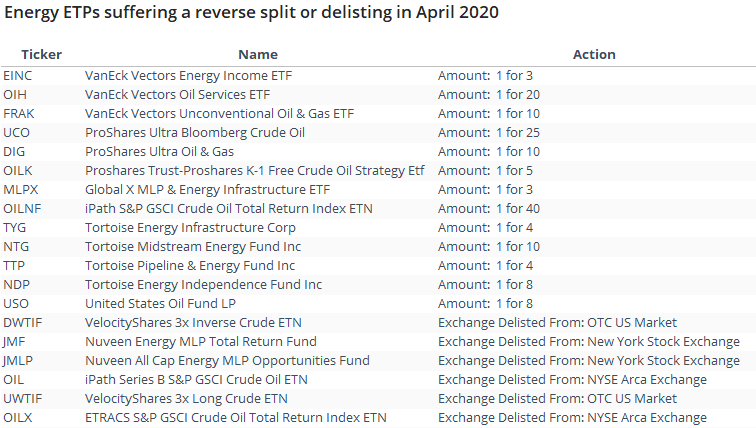 Cumulatively since the year 2000, nearly 160 of these funds have suffered an adverse corporate action, meaning either a reverse split or a delisting.

When we look at the rate of change in these adverse actions, it has proved to be a modest contrary indicator for crude oil and energy shares.

The post titled Oil funds suffer massive adverse actions was originally published as on SentimenTrader.com on 2020-04-23.