Not a single source of pessimism

Options speculation is spiking yet again, volume in the most leveraged parts of the market has never been greater, and signs of euphoria are everywhere.

With so many indicators showing optimism, there are usually a couple of odd exceptions that suggest pessimism. It's rare for everything to agree at the same time. This is one of those rare times, though, with more than 50% of our core indicators showing an optimistic extreme and exactly 0% showing a pessimistic one. 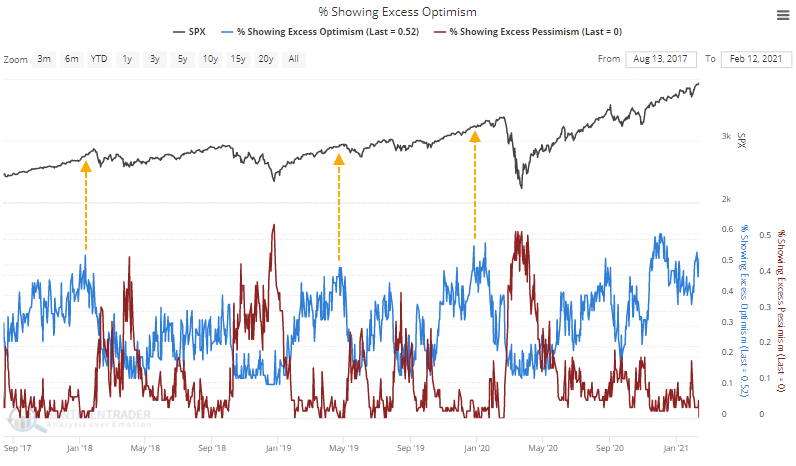 This kind of lopsided skew among indicators has preceded some tough markets.

The Risk/Reward Table, which shows the biggest losses and largest gains at any point across the various time frames, shows limited upside relative to the downside, with 2017 really being the lone exception.

Keep pumpin' those pink sheets. This shouldn't be a surprise to anyone here, but trading activity in the most speculative parts of the market continues to skyrocket, with penny stock volume now on track for 2 trillion shares. Source: Bloomberg 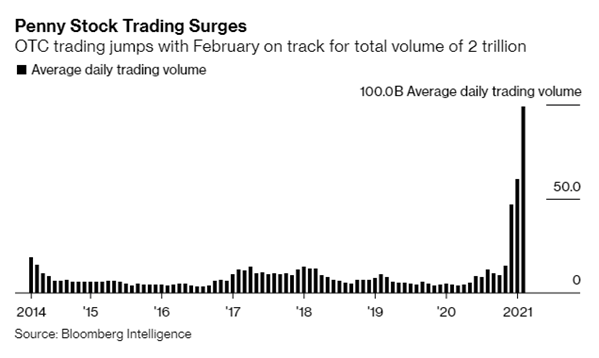 Everyone in. Some of the biggest fund managers in the world are nearing all-in on equities. They are more than 60% overweight global stocks for only the 2nd time in over 20 years. Source: BofA via Bloomberg 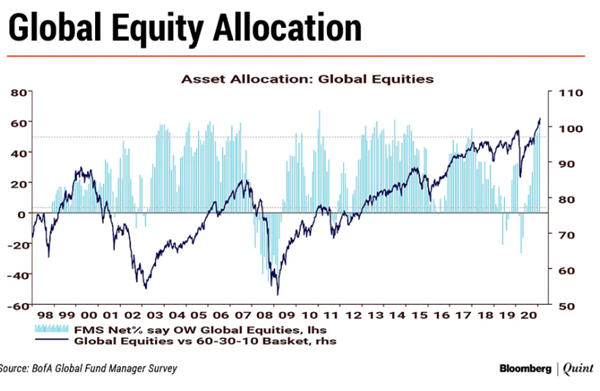 No comment needed. This says everything about where we are in the cycle. Source: Crystal Tse 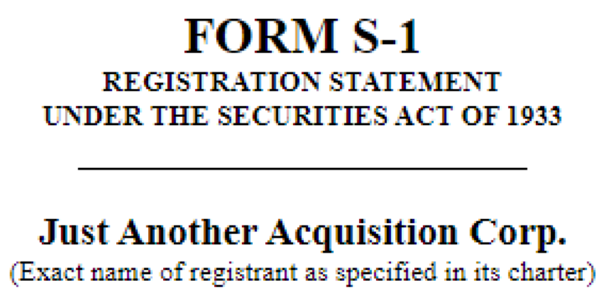 The post titled Not a single source of pessimism was originally published as on SentimenTrader.com on 2021-02-17.