So much for a safe haven

The normally staid bond market has been gyrating wildly, and it’s unlike any investors have experienced for decades. The daily percentage changes in 10-year Treasury note futures has averaged nearly 2.5 standard deviations over the last two weeks. The only time that exceeds this was the blow-off peak in October 1998.

Going back to 1982, for bonds this kind of volatility coincided roughly with two peaks and one trough. For stocks, it proved to be a boon…eventually.

The U.S. Dollar Index spiked over the past 7 days as investors and traders scramble for cash. The spike we just saw was even larger than during the worst of the 2008 crisis. 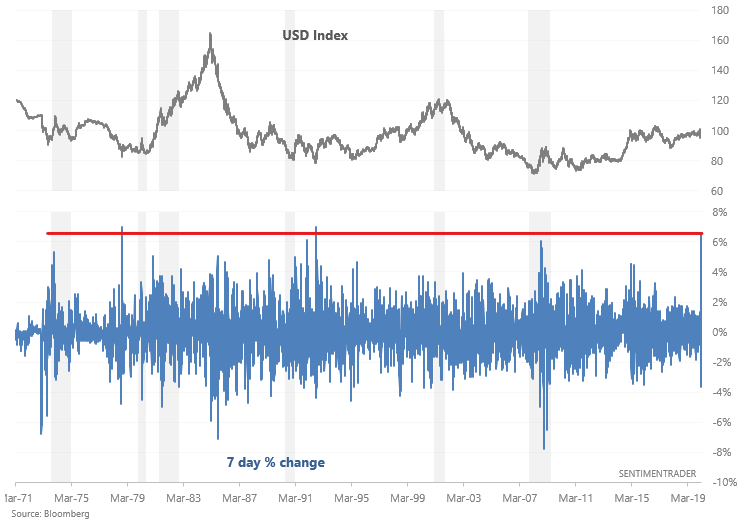 When the USD Index spiked more than 6% in the past 7 days, it rallied further before peaking as the momentum didn't let up for a while.

The post titled No safe havens was originally published as on SentimenTrader.com on 2020-03-19.