For the first time in months, the momentum in securities traded on the Nasdaq exchange has turned positive.

After a furious rally to start the year, so many stocks were churning that breadth on the Nasdaq couldn't surpass its highs at the start of the year. By mid-summer, it turned outright negative and stayed there until last week. 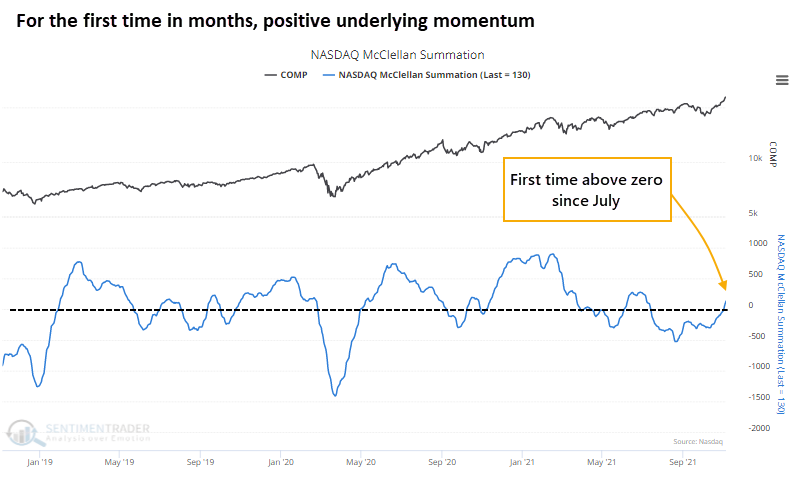 This has ended a streak of 77 days in negative territory for the Nasdaq McClellan Summation Index, among the longest streaks since the end of the Global Financial Crisis.

Only 6 other periods saw the Nasdaq's Summation Index stay in negative territory for longer. After those streaks ended, the Nasdaq Composite gained an average of nearly 19% at some point within the next year.

What's especially notable about the current flip to positive momentum is that it triggered as the Nasdaq Composite was on a run to new highs. Since 1986, there have been 8 similar signals.

Chile is hot. Over the past week, the Optimism Index on the ECH fund has soared to 85%. Other bouts of extreme short-term optimism have tended to occur after protracted downtrends, ultimately leading to higher prices over the next 6-12 months. 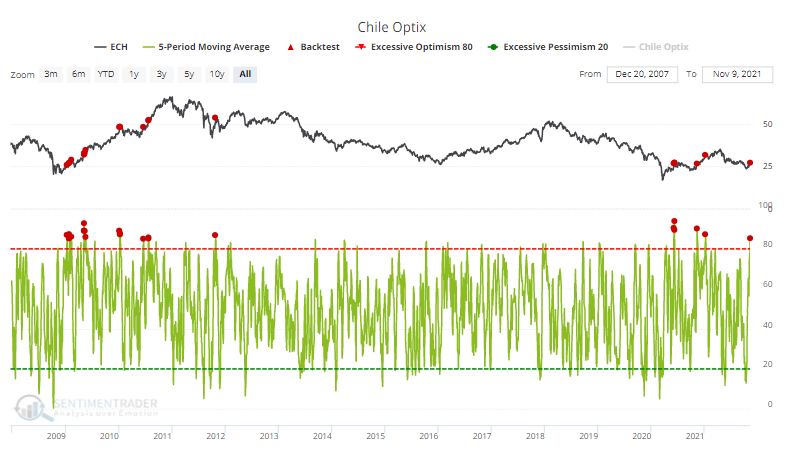 BTFD in Discretionary stocks. The XLY Consumer Discretionary fund has enjoyed an average inflow of more than $100 million per day over the past week, despite the price pulling back in recent days. This is the largest 5-day inflow of 2021. 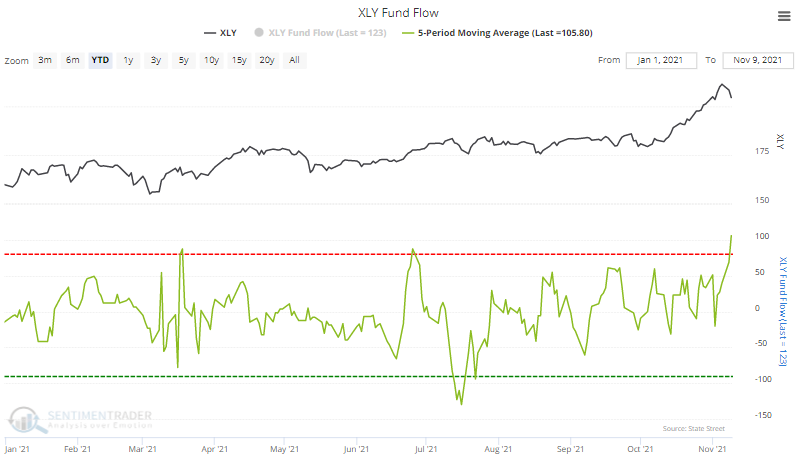 Time for Treasuries. The price of 10-year Treasury note futures has mostly followed its typical seasonal pattern (the path, not the magnitude). If it continues, prices should continue to rise into December. 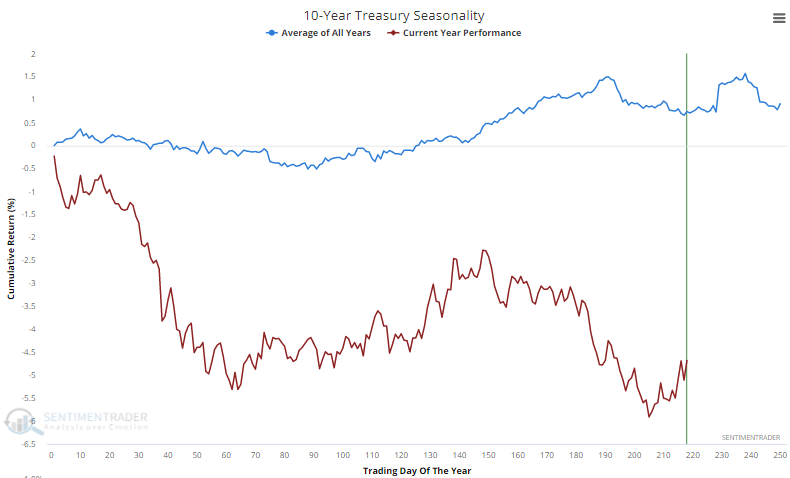 The post titled Nasdaq stocks haven't done this for 3 months was originally published as on SentimenTrader.com on 2021-11-10.