Most volatile period in history as oil sentiment plunges

Negative oil prices? According to some, it could happen. What's interesting about this is it's not the first time the concept of zero or negative oil prices has been discussed in mainstream financial media. This also made the rounds in early 2016.

Sentiment on oil and energy stocks hit extremely negative territory in late February, and has only gotten worse, one of the rare cases of truly extreme sentiment becoming even more so. The negative sentiment been enough to push the 20-day Optimism Index for crude to one of the lowest levels since 1991. 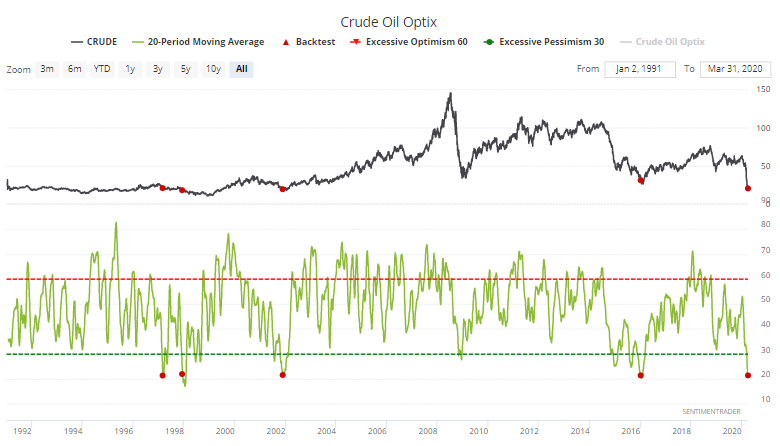 Sharp market crashes usually don't see a V-shaped recovery. These sharp selloffs are usually driven by a major reason (not just sentiment), and that reason doesn't usually disappear in a flash overnight.

As stocks have gyrated, many of the past 30 days have been all or nothing days (every stock going up or every stock going down). Less extreme historical cases at least marked medium term bottoms: 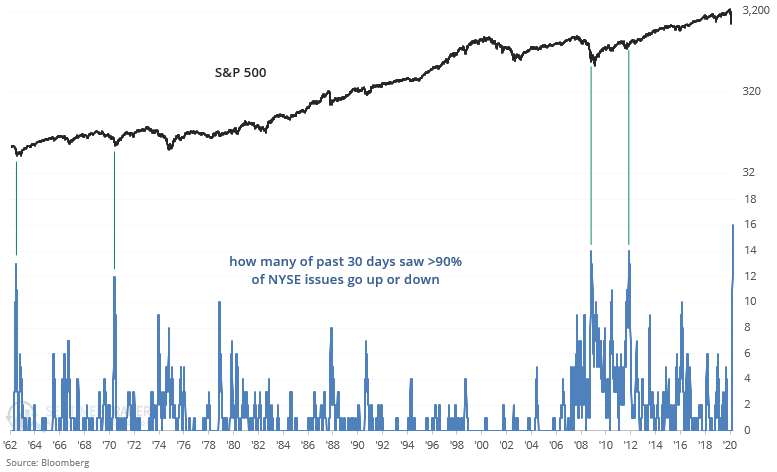 The post titled Most volatile period in history as oil sentiment plunges was originally published as on SentimenTrader.com on 2020-04-02.