Another survey of insiders at companies in the Midwest shows the kind of sentiment normally seen during and in the latter stages of a recession.

The Chicago Business Barometer has plunged to the 2nd lowest level since the financial crisis, and one of the lower readings in the past 50 years, the kind of reading that has typically led to positive long-term returns for stocks.

Most of the readings this low triggered during the middle or latter stages of a recession, not the beginning. 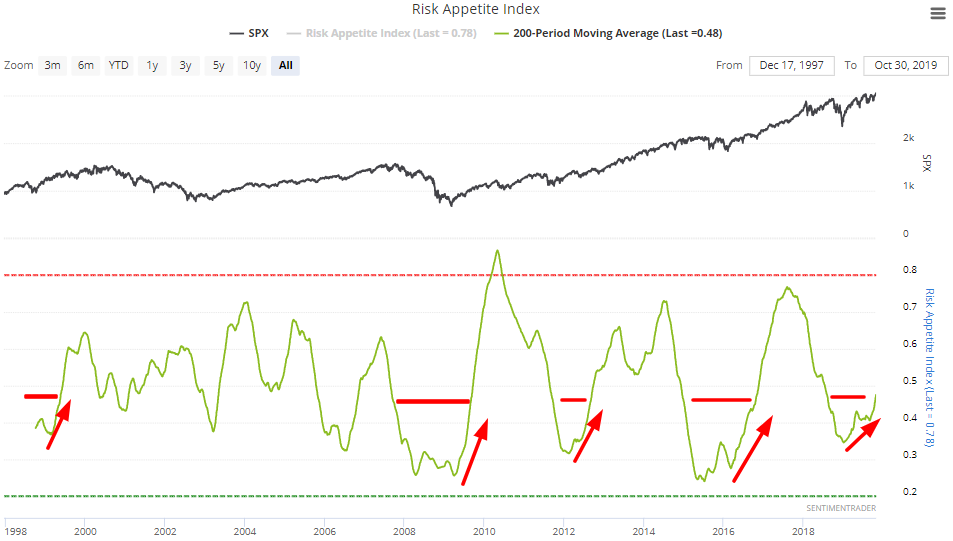 Our Risk Appetite Index's 200 dma has risen above 0.48 for the first time in 330 days. When this happened in the past (typically after major market crashes within the past year), the S&P surged over the next 6-12 months: 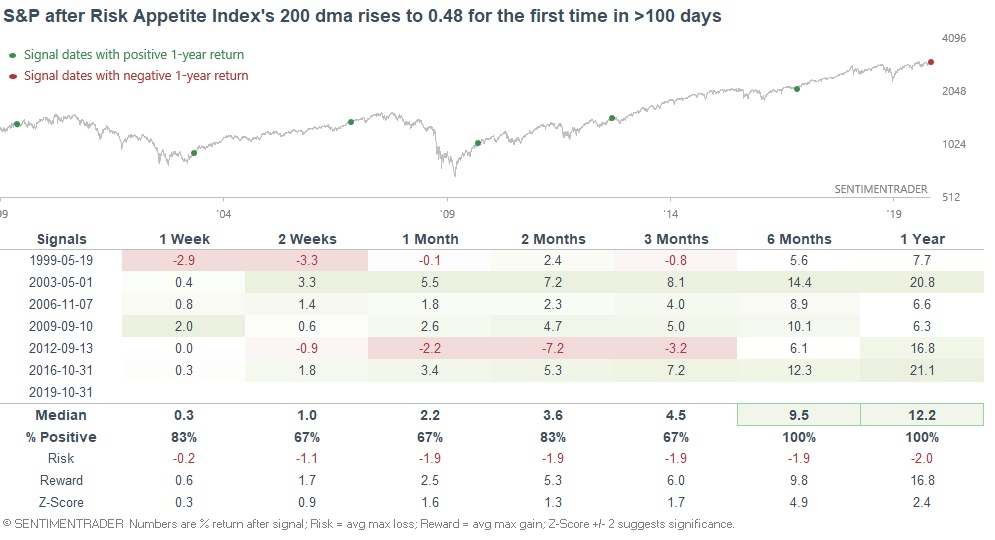 The post titled More Evidence Of Recession-Era Sentiment was originally published as on SentimenTrader.com on 2019-11-01.