With the drop in the Mexican peso over the past month, the iShares Mexico ETF, EWW, has sold off and has triggered an interesting setup.

The fund is showing up on the ETF Sentiment & Trend screen as showing pessimism despite being in an uptrend (above its 200-day average).

The one-day Optimism Index is extremely low, and that's been the case for days, even weeks. The 3-day average is below 12, a reading that we don't see very often. Most of the moving averages from a few days to a few weeks are now showing extreme pessimism. That's happening right as the fund has declined toward its 200-day average and potential support from its prior breakout level. I don't put a lot of weight on that, for the record. 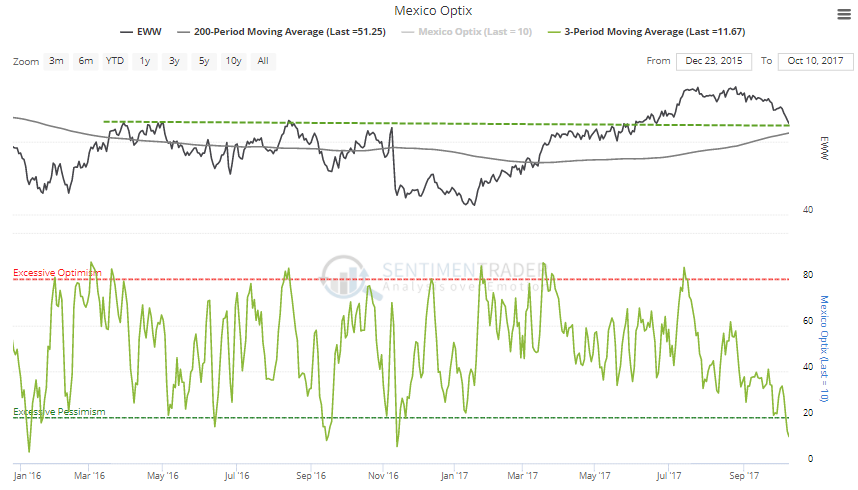 In the past, when the 3-day average dropped to such a low level when EWW was in an uptrend, it rallied over the medium-term, though there was some short-term volatility. According to the Backtest Engine, the average return over the next 50 days was nearly 8%. 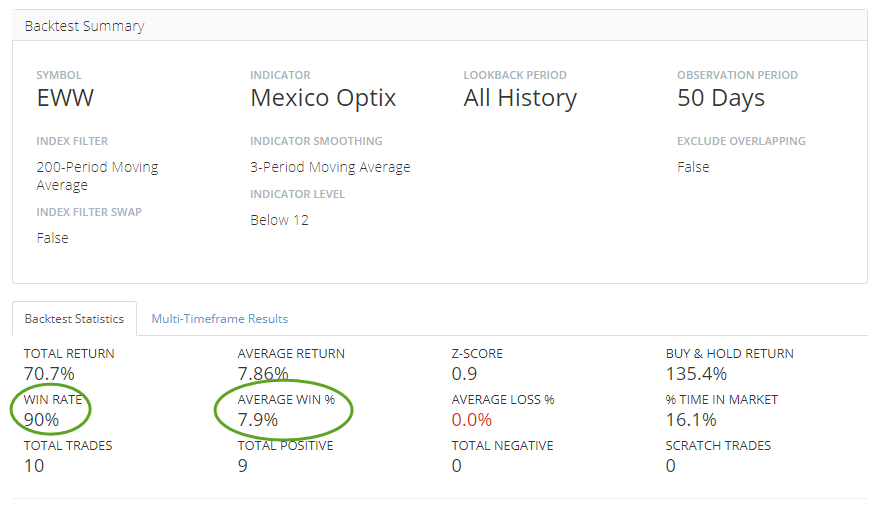 Another (very) minor positive is seasonality. EWW has had a tendency to bottom around this time of year and march higher into year-end. 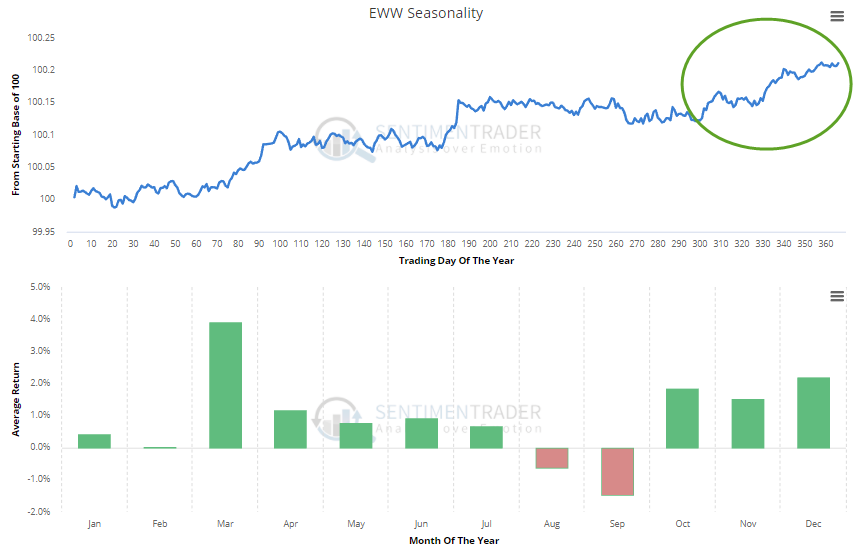 Now here's the bad part. Because of currency issues, EWW has a high correlation to the direction of the peso. If the peso continues to decline, EWW almost certainly will, too. And "smart money" hedgers are extremely short the peso, unlike early this year when they were long. EWW's best rallies have occurred when hedgers were net long or not holding a large short position. That is definitely not the case now. This is a HUGE headwind and suggests EWW could/should continue to decline. 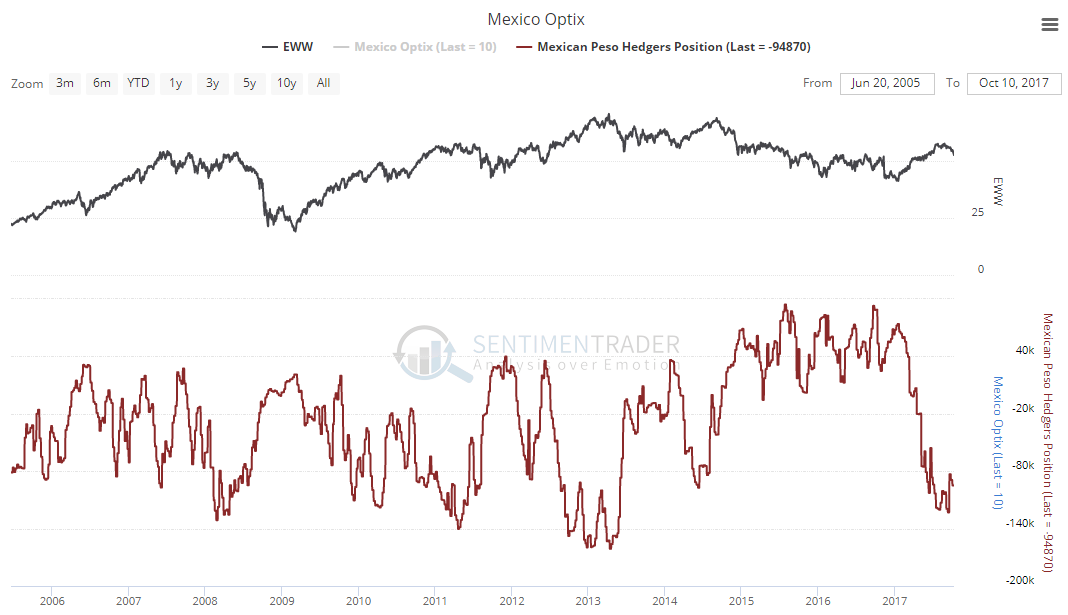 In terms of a potential trade, I like the factors that have lined up on the upside. But because of the hedger position, which I do not like at all, I don't want to tie up much capital or risk a lot of the peso continues to slide and EWW just slices right through its 200-day. That's a higher-than-comfortable probability since the hedger positions have been such a consistent indicator over the years. But the "pessimism-in-an-uptrend setup has been consistent enough to take a shot, so I'm going to buy January call options on EWW at the $53 strike, a small cash outlay with limited risk should the setup fail. That gives it enough time to work. If it happens to work right away, I'd like take profits quickly due to worries about those hedger positions.

The post titled Mexico Setup was originally published as on SentimenTrader.com on 2017-10-11.