Certain rivalries in the financial markets sort of take on a life of their own: stocks vs. bonds, bold vs. silver, growth versus value and of course large-cap vs. small-cap.

Large vs. small is one that a lot of investors pay close attention to, and understandably so. It is sort of the David vs. Goliath of the stock market. Some investors look to large-cap stocks as a known quantity – big, established companies who generally speaking, can be relied upon to generate steady, if not spectacular growth. Others are pulled toward small-cap stocks, often in hopes of finding the "next Apple" or Microsoft, etc. And in the midst of this never-ending debate, smack dab in the middle lies a potentially significant opportunity that many investors rarely if ever consider – the mid-cap space.

I am fond of saying that success in the markets typically comes from finding an edge and then exploiting it. While the majority analyze large and small caps with a fine-tooth comb, a much smaller slice of the investment population ever gives mid-caps much consideration as an asset class.

Is this a mistake?

The S&P 400 MidCap Index was first calculated in January 1981, so we will test from January 1981 through December 2020, a period of fully 40 years. We will use total monthly return data for the following indexes as a proxy for each asset class:

Our first test involves simply buying and holding each index over the fully 40-year period. The chart below displays the cumulative % +(-) for each index from 1981 through 2020. 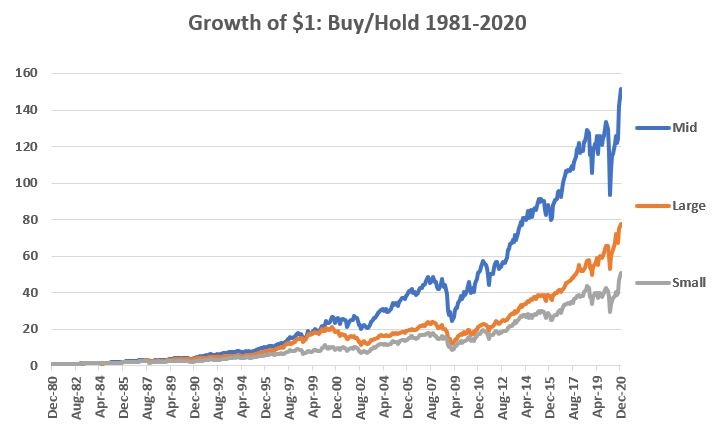 There is little question as to which index performed the best overall on a buy-and-hold basis over the past 40 years.

But looking at rolling 5-year periods, mid-cap stocks are showing one of the most extreme divergences from large-caps on record. 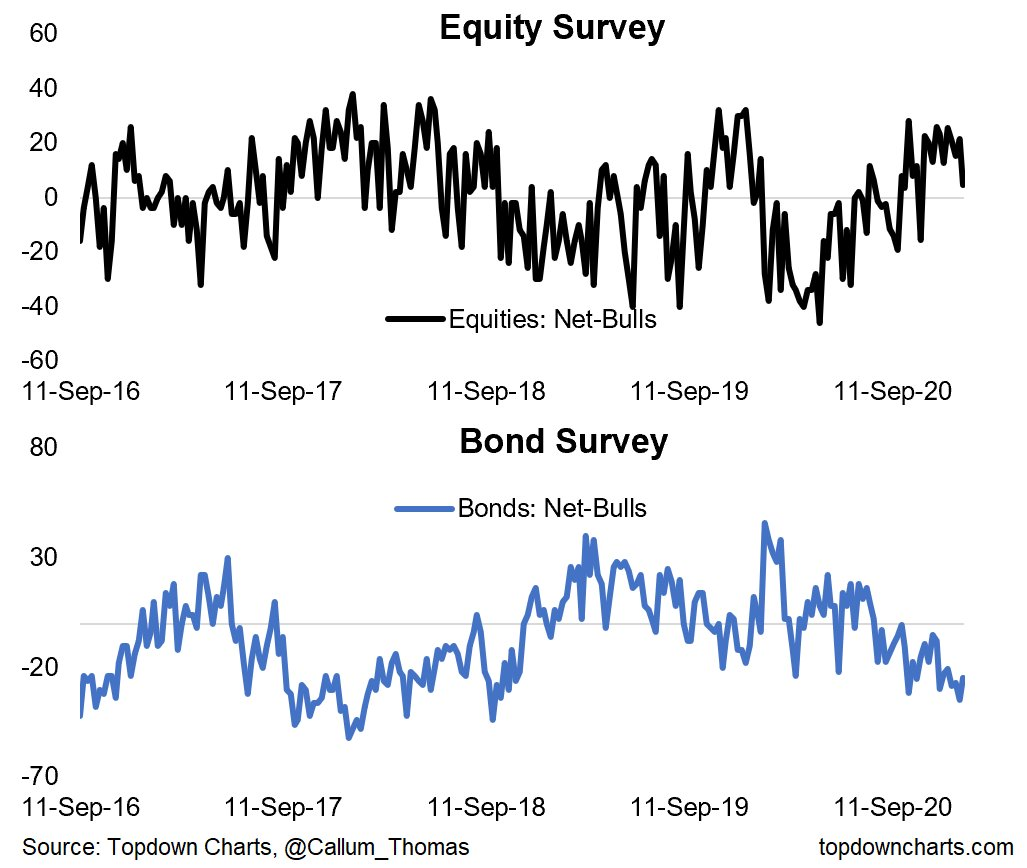 Where else are investors optimistic, besides stocks? Commodities! It's been a long while since we've been able to say that. Money managers, for one, are betting heavily that "stuff" will continue to rally. Source: Longview Economics via Daily Shot 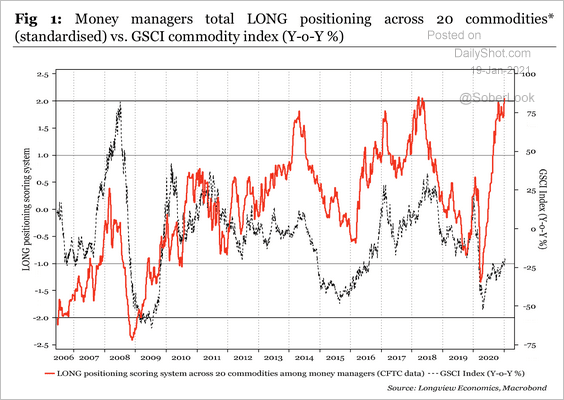 Futures traders tend to be trend-followers, and those commodities trends have been something. Comparing their current move to historical norms, they're well outside the normal range. Source: Thrasher Analytics 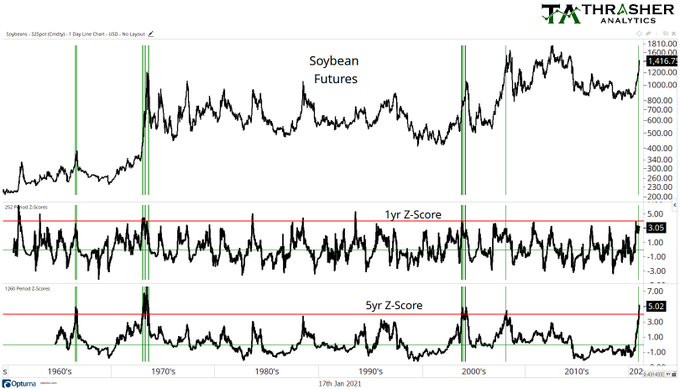 The post titled Markets' red-headed stepchild was originally published as on SentimenTrader.com on 2021-01-19.