People have been worried about the growth in margin debt for at least the last 6 years. There was no empirical reason to be worried until maybe this spring when the year-over-year change skyrocketed. And that worry was unfounded anyway, as the S&P 500 is sitting at all-time highs.

Curiously, even as the S&P has moved to new high after new high, investors have pulled back on the amount they're borrowing against their stock holdings. The latest figures, aggregating customer data through July, shows that Margin Debt dropped from record levels. 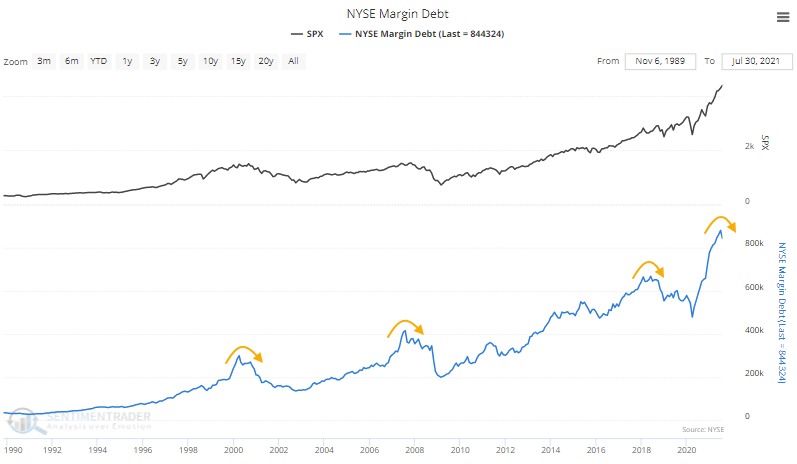 Margin debt more or less ebbs and flows with stock prices. So it's fairly unusual to see margin debt drop as stocks march to continual record highs. The table below shows that this is one of the largest-ever drops in debt during a month when the S&P hit a new high (dates in the table are advanced one month to account for reporting lags).

Investors pulled back on debt, but their cash cushion dropped even more. The total dollar value of Free Credits - cash available to brokerage account holders to withdraw - plunged by one of the largest degrees in 70 years in July.

If cash drops more than debt, then the Available Cash figure, a kind of "net worth" for investors, will decline. And so, in July, it fell yet again to another record low.

Poor delivery. Amazon's stock price has lagged the broader market by the largest degree in its history as a public company. Over the past three weeks, it has set 10 six-month lows relative to the S&P 500. 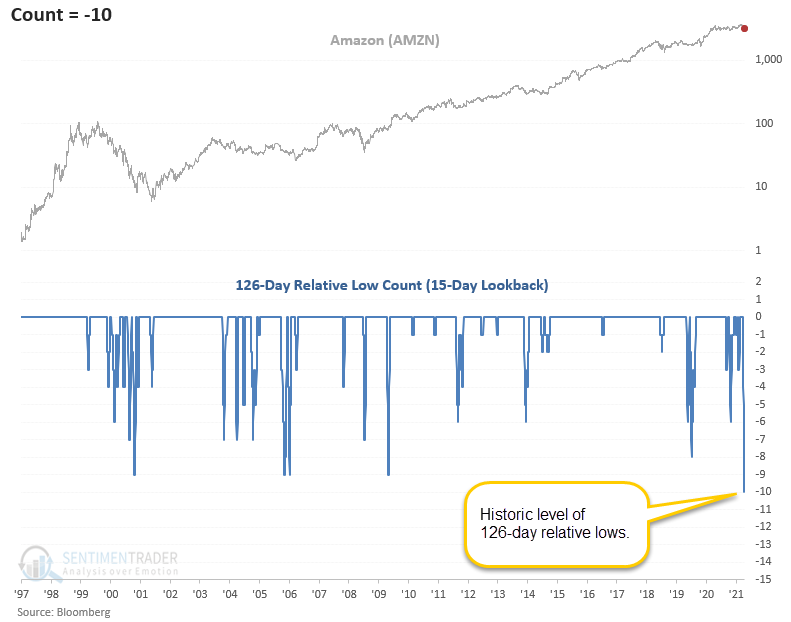 In need of a pick-me-up. A 50-day average of the Optimism Index for coffee is rolling over from extreme optimism for the 3rd time in the past decade. 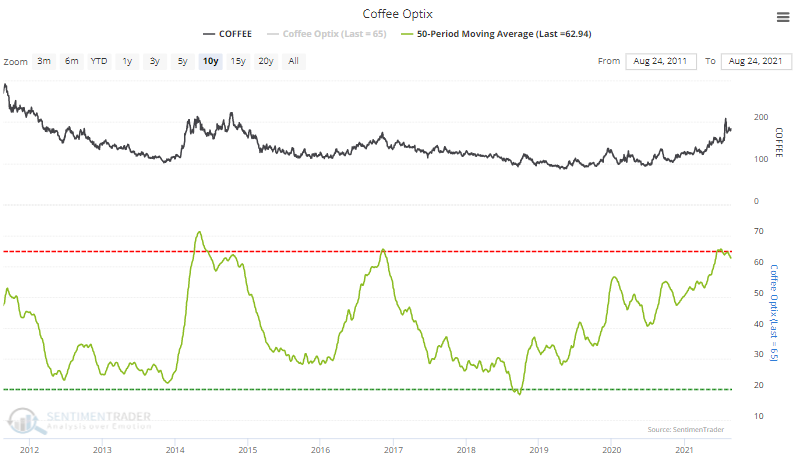 Unstable staples. Traders are the least optimistic about short-term prospects for Consumer Staples stocks, while having the most confidence in Retail and Homebuilders. 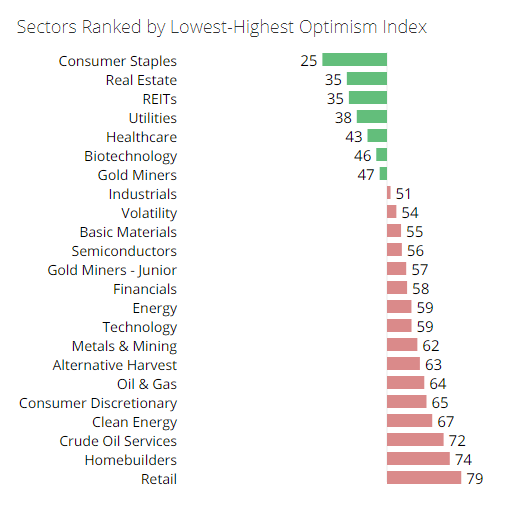 The post titled Leverage Drops While Stocks Soar to Record Highs was originally published as on SentimenTrader.com on 2021-08-25.