It’s quickly becoming more common to see calls that we’re in the midst of a bear market, wrapped by a likely recession. The two don’t necessarily go hand-in-hand, but bear markets within recessions do tend to be worse.

So, let’s assume that’s the case. Below, we can see how the average "worst case" unfolded. 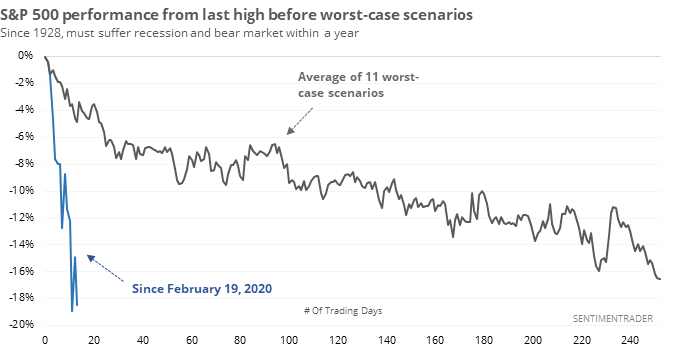 In recent comments, we’ve seen multiple times that swift, severe panics like we’ve seen over the past couple of weeks are NOT usually how bear markets begin. They tend to be a much more drawn-out affairs.

Mini-crashes like we’ve seen are much more likely to be seen within ongoing bull markets.

When we take a deeper dive into individual cases, we can get a better handle on the probabilities over various time frames. 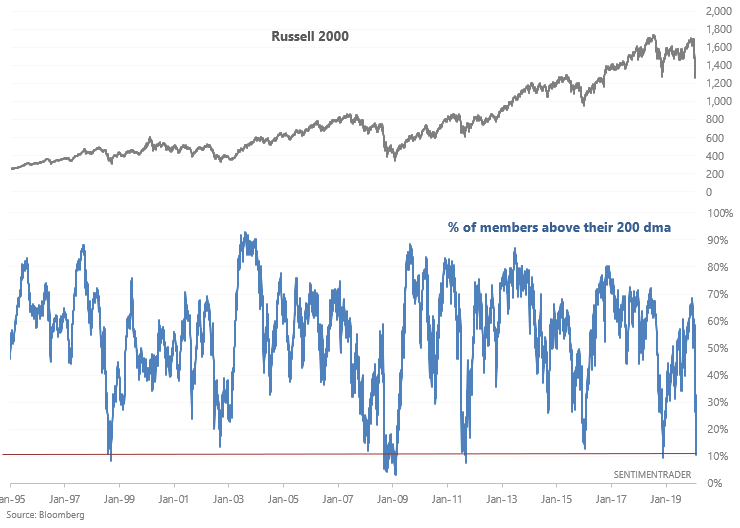 When this happened in the past, the Russell 2000's returns over the next 1-6 months were almost always bullish, with the big exception of October 2008.

The post titled Let's assume the worst was originally published as on SentimenTrader.com on 2020-03-12.