This ends one of the longest streaks of “not bad” readings since 1959.

When a long streak of readings higher than this finally ends, and when the LEI m/m is so negative despite stocks being at record highs, both indicate a low probability for further sustained gains over the shorter-term at least for the S&P 500. 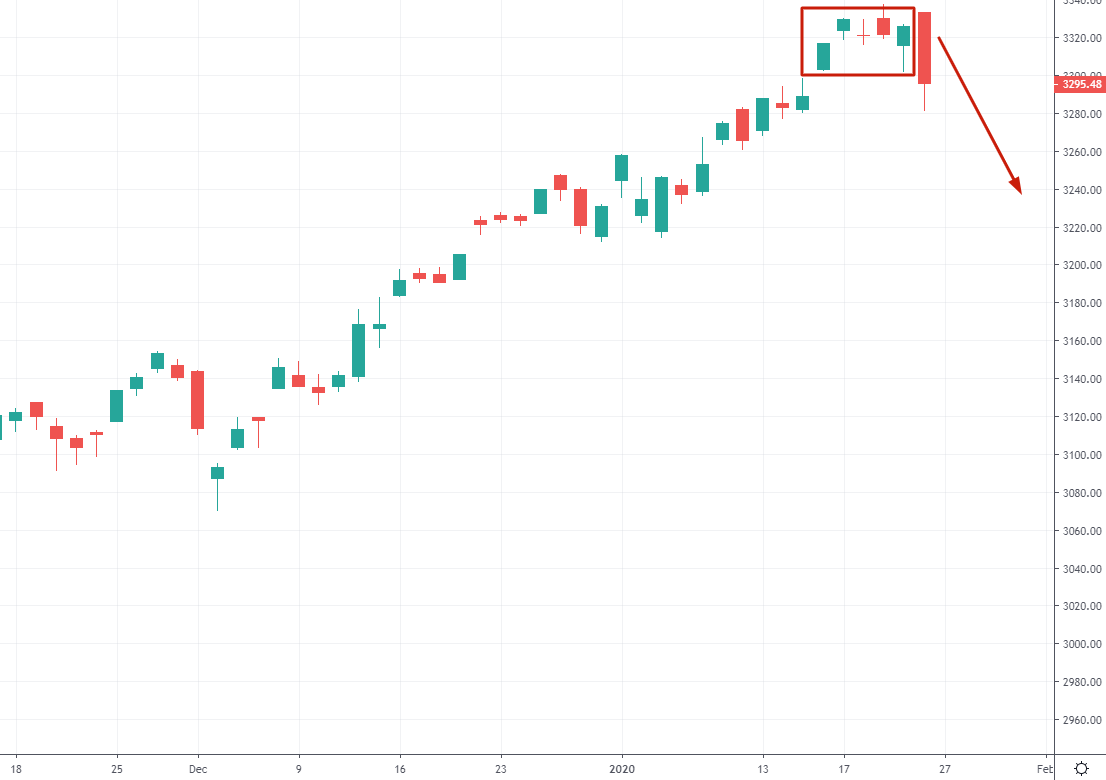 This reversal pattern often led to short term weakness over the next week. 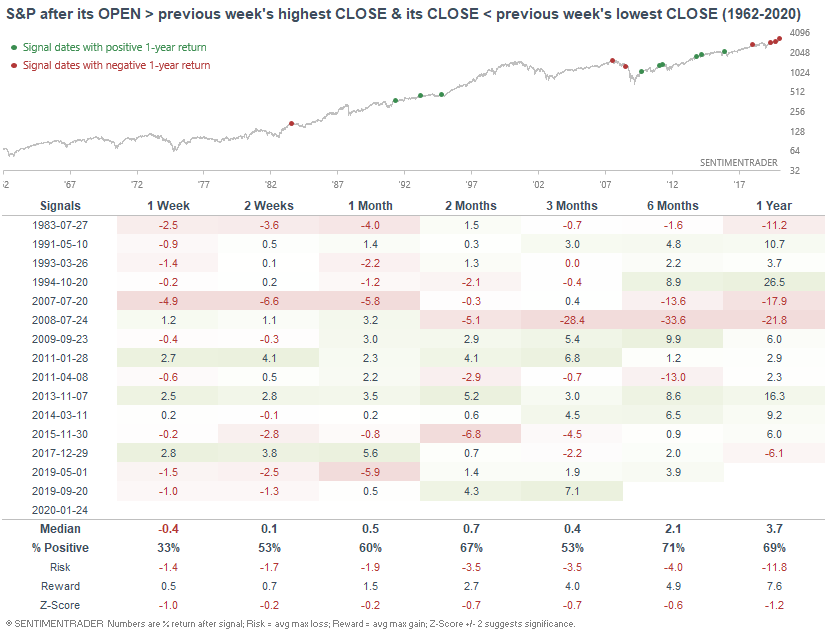 Almost all of the signals preceded a negative return at some point over the next 2-8 weeks.

The post titled Leading Indicators Lag As S&P Suffers Key Reversal was originally published as on SentimenTrader.com on 2020-01-27.