Investors have become concerned that we’re late in the business cycle and nearing recession. News articles catering to the fears are abundant. Over the past year, sector and factor returns supposedly support this view. Looking at months with the closest correlation to the past years’ returns in major sectors and factors, a couple of recent dates pop up. 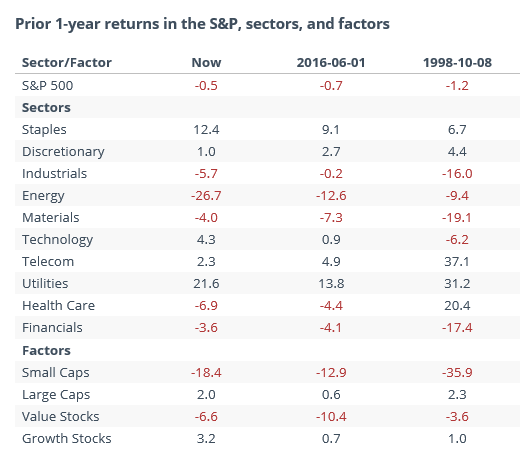 Going back to 1928, other instances weren't usually that bullish going forward, but there was very little to suggest that this supposed "late cycle" behavior preceded consistent weakness in stocks. The narrative sounds convincing, but that's why it's useful to test the assumptions.

Over the past week, we learned that “dumb money” consumers are still supremely optimistic, while “smart money” insiders like CEOs and purchasing managers are the most depressed in a decade.

That seems like an ominous spread, but the only 2 other times this happened, stocks rose.

While the stock market tanked on Wednesday, the % of NYSE issues making a new 52 week high fell to the lowest level since January.

When this happened in the past, the S&P's returns over the next few weeks were more bullish than random. As we've demonstrated plenty of times here at SentimenTrader, multi-month bullish momentum doesn't die that easily. 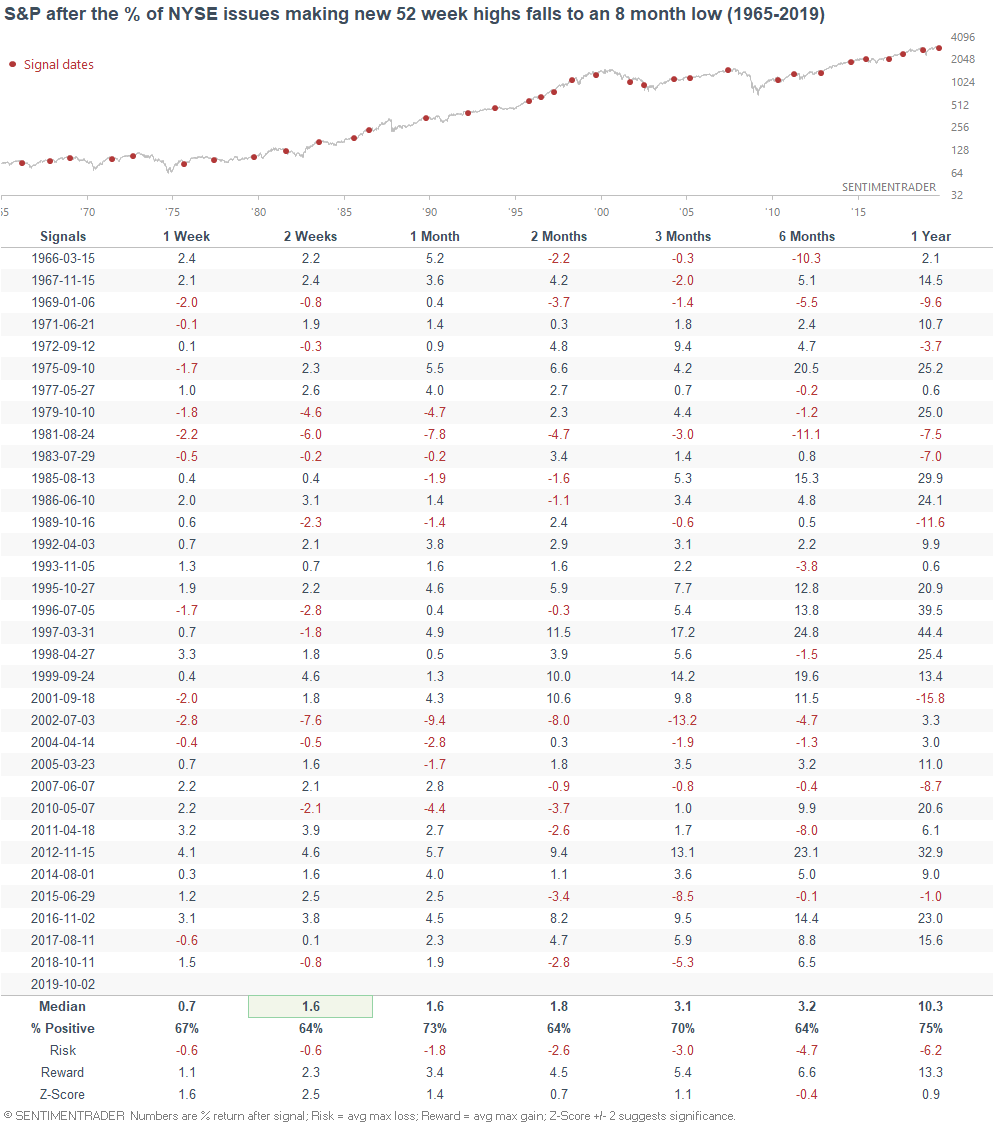 The post titled Late Cycle Behavior Triggers Crash In Insider Confidence was originally published as on SentimenTrader.com on 2019-10-07.