A month ago, we saw that margin debt was picking up. Investors had quickly been becoming more comfortable borrowing funds against their stock holdings, and debt was rising quickly from its low. It kept going.

The latest figures show that debt has jumped more than 33% from a year ago, the fastest pace in about 7 years. It's still below the 60% gains seen at the prior two major peaks, though zooming out to 1950, it's still among the higher rates of change. 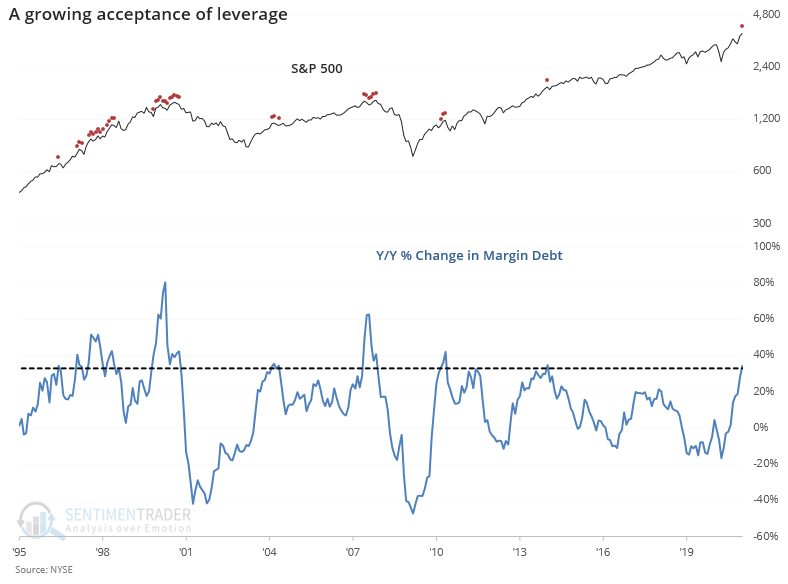 One of the things we've been pointing out since 2015 or so is that even though debt was growing, it was only about in line with the growth in stock prices. We should expect that. It wasn't anything like 2000 and 2007 when debt ballooned "irrationally" more than stock prices.

Lately, we're starting to see the very beginning that this is changing.

We're all probably tired of reading, seeing, and listening to stories about GameStop and its cohort of skyrocketing stocks. It's worth bookmarking many of these articles, however, because it is a real-time look at the makings of a bubble, primarily driven by 3 factors.

Bloomberg has done yeoman's work outlining the play-by-play of how this unfolded and what it's meant for some of the players. The steady rise of interest in discussion groups, driving the narrative. Source: Bloomberg 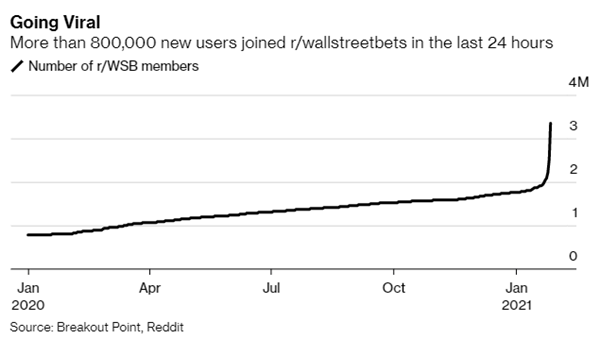 The crush of buying interest caused volatility among some funds, which were forced to cover short bets or sell others to limit their overall exposure. Source: Bloomberg 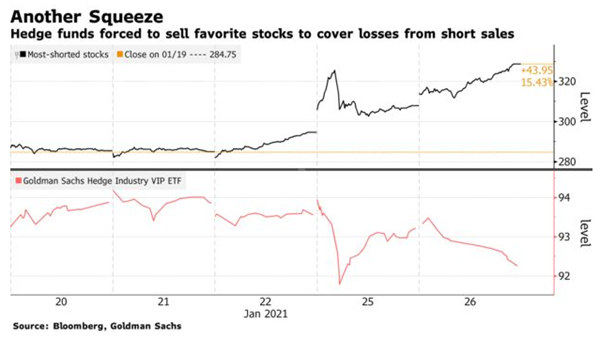 These things are typically in their final stages when unrelated tickers see a sudden bout of trading activity, often due to the simple reason that so many people entered the wrong symbol on their buy orders. Source: Bloomberg 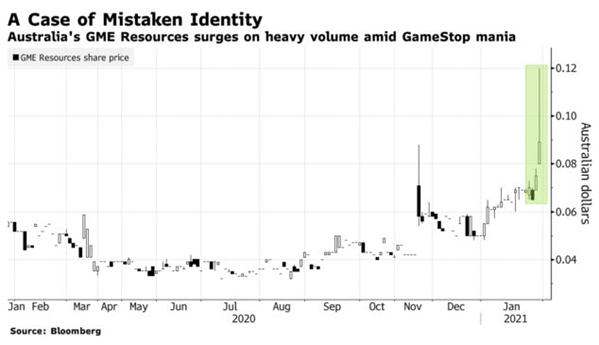 The post titled Large leap in leverage was originally published as on SentimenTrader.com on 2021-01-28.