It hardly seems effective to outline yet more extremes in sentiment. We've noted them repeatedly since January and yet here we are, recently at new highs in many indexes. Momentum has been everything, with massive thrusts across industries and even global indexes, and we're still not seeing any major risk warnings among them.

So at the risk of tilting at even more windmills, let's touch on some further extremes because it's either something we've noted before or because it's just remarkable.

A month ago, we estimated that margin debt would rise enough in March to push its year-over-year change to 73%. It didn't quite pan out that way, as the growth ended up being "only" 72%. 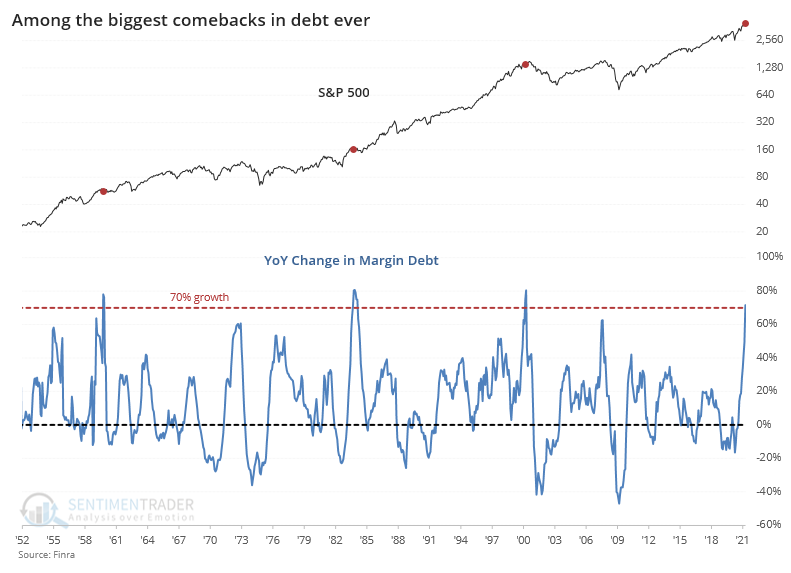 At the same time that investors are feeling so euphoric, corporate insiders appear to be selling. A weekly ratio of insider sales to buys as computed by Thomson Reuters skyrocketed to an astounding 143-to-1, the highest in the weekly readings as reported by Barron's in at least 16 years.

Our Corporate Insider Buy/Sell Ratio remains near a decade low. While spikes in insider buying vs. selling is a much more consistent buy signal for stocks than a drop is as a sell signal, it would be better to see this at least in neutral territory. 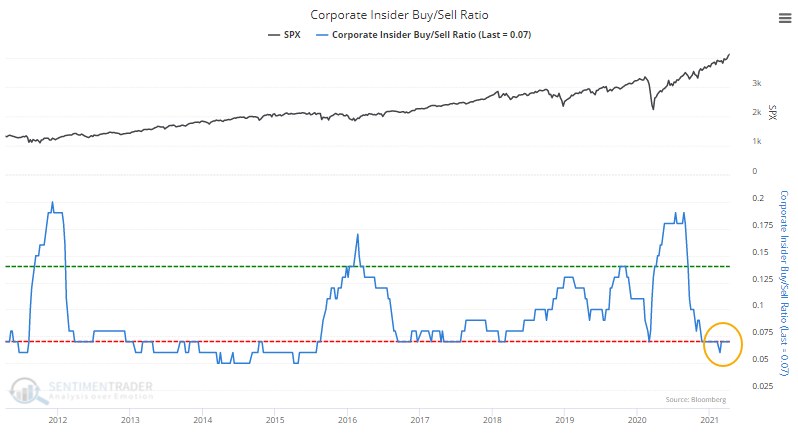 Among sectors, there are 3 in particular that stand out for especially low insider buying versus selling activity.

The post titled Investors buy (on margin) as insiders sell was originally published as on SentimenTrader.com on 2021-04-20.