Investors Are Shoveling Money Into Stocks at a Record Pace

Stocks keep hitting records, there hasn't been even a pullback for six months, and investors are feeling good. And what do investors do when they're feeling good? Why, they add to their bets, of course.

Through June, equity mutual funds and ETFs have taken in more than $122 billion in assets, according to Lipper. That's the best first half for flows in almost 20 years. The only first half that exceeds this flow, in or out, was the pandemic-inspired outflow last year. 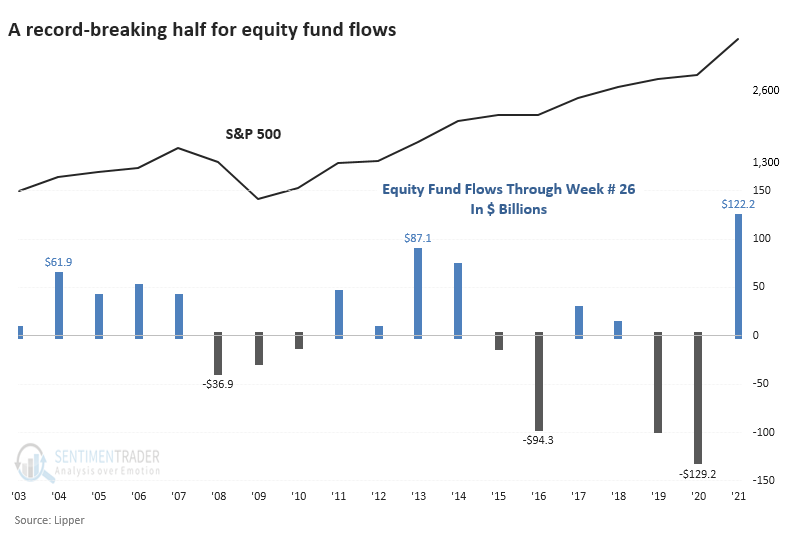 This is a bit restrictive since it's only looking at flows through the first half of each year, but it's still more extreme than any other 6-month stretch in 20 years.

If we remove the calendar and just look at every rolling 6-month period, we're still seeing a record flow. While it exceeds the prior record from 2013, it only reverses some of the outflows from 2019 - 2020.

This is also a bit misleading because it ignores the fact that the overall size of the market has grown.

When we adjust fund flows for the total market capitalization of the U.S. stock market, then the past six months don't seem to be as much of a driver as other periods. It's less than half the extremes reached in 2003, 2011, and 2013.

Bond crazy. The Vanguard Total Bond Market fund, BND, has hit its highest Optimism Index since April 2020, rising to 89.6. Our Backtest Engine shows a negative average return up to two weeks later after other readings above 89.5. 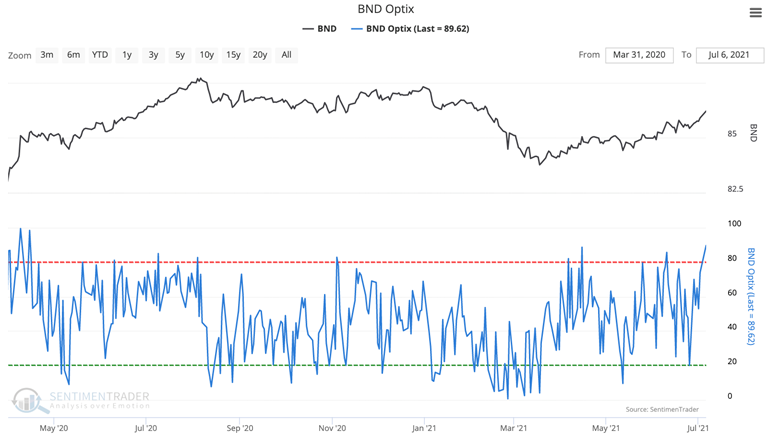 Enigmatic espresso. Commercial hedgers in coffee reached their largest short exposure in history at the beginning June. They have covered some of those positions in the last few weeks but remain heavily short. 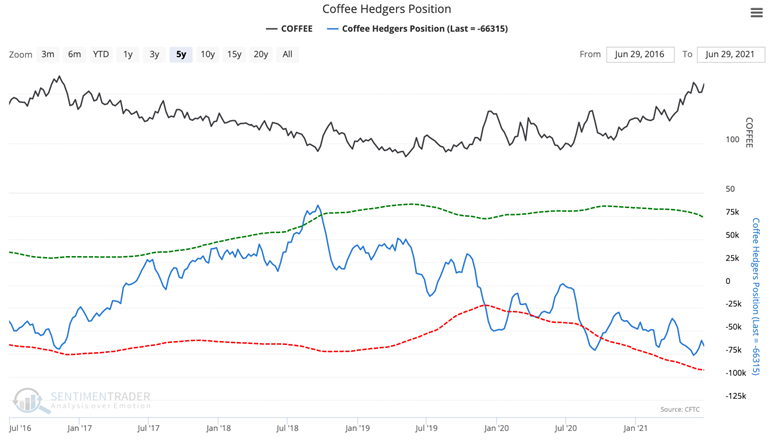 Cash out. U.S. Dollar Seasonality is showing a downtrend until the fall. This year has been particularly volatile, even though it has adhered roughly to the general seasonal pattern. 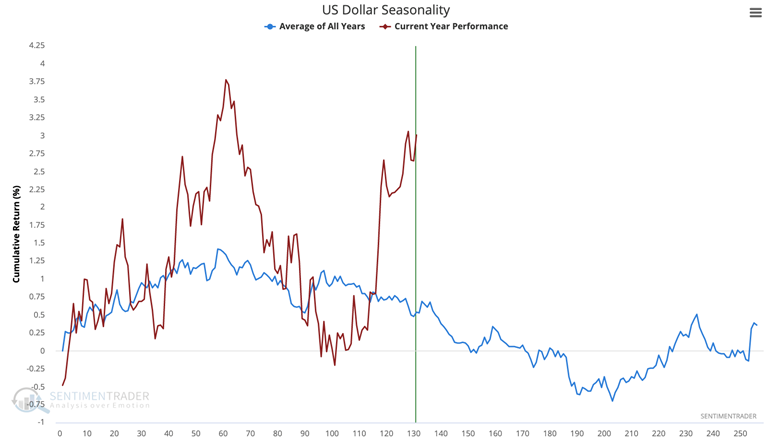 The post titled Investors Are Shoveling Money Into Stocks at a Record Pace was originally published as on SentimenTrader.com on 2021-07-08.