Investors are saying one thing, but doing another

Investors are saying one thing, and doing another. What to believe?

The latest survey from AAII showed that investors are still apathetic about this rally. Or at least, that's what they're saying. The 5-week average of bullish respondents is among the lowest in 20 years. 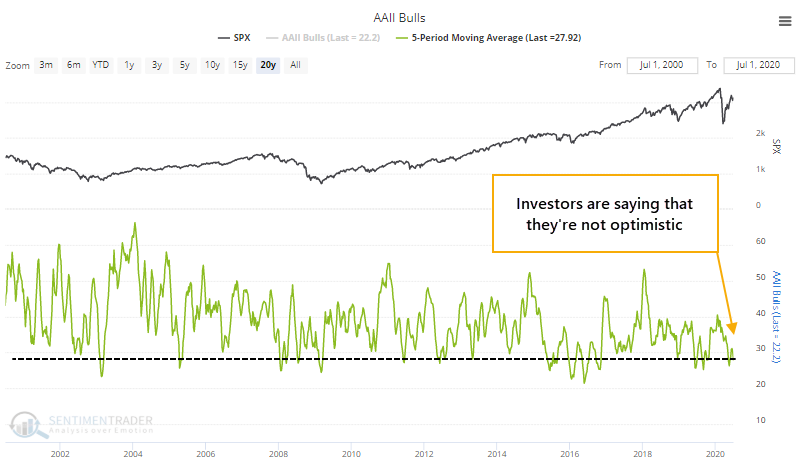 And yet, many of these same investors have increased their allocation to stocks. At 63% of their portfolios, stocks are on the high end of allocations over the past 20 years.

That divergence between saying vs doing has led to one of the widest spreads in the survey's history. We pay more attention to real-money gauges than we do surveys, though the latter do have their uses. This is one of those cases where the survey was a better contrary guide than was the actual allocation.

Currently, investors in the AAII poll were at least 35% more allocated to stocks than they said they were. Theoretically, this should be a negative for future returns, but there was no evidence of that, especially over the medium-term.

The post titled Investors are saying one thing, but doing another was originally published as on SentimenTrader.com on 2020-07-06.