Investment bankers are looking at this with envy

One of the most visible and discussed aspects of the current welcoming environment for investors is the plethora of new offerings. Whatever form they take, whether blank-check companies or traditional investment bank-led, we've never seen the market absorb so much in new shares.

According to Bloomberg data, there has now been $114 billion in U.S. initial public offerings that were priced over the past 12 weeks. This is almost entirely due to SPACs, which cut out the traditional fees earned by investment banks. 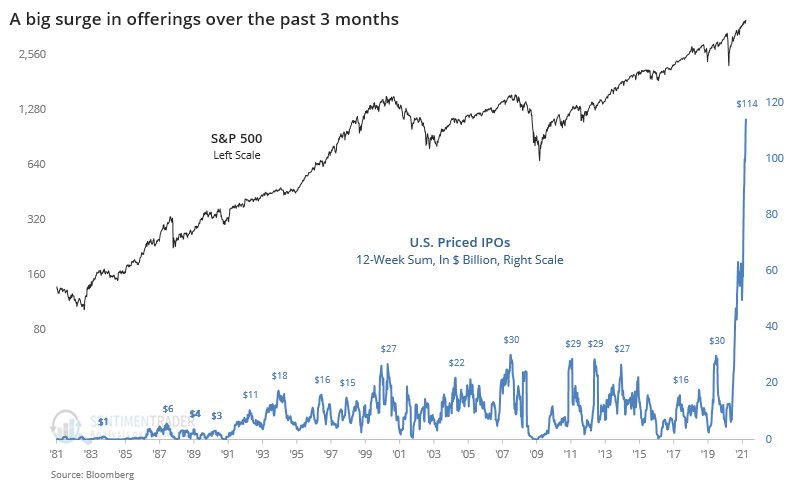 As we've discussed before, though, those are all distorted due to the larger size of the market for stocks. When we account for that, the current extreme shows quite a bit of shrinkage. At 0.26% of the entire market capitalization of U.S. stocks, this is the most in more than 25 years, but below the peak in the early 1990s.

Bitcoin blues. For only the 5th time in the past year, the daily Optimism Index on bitcoin has dropped below 20. 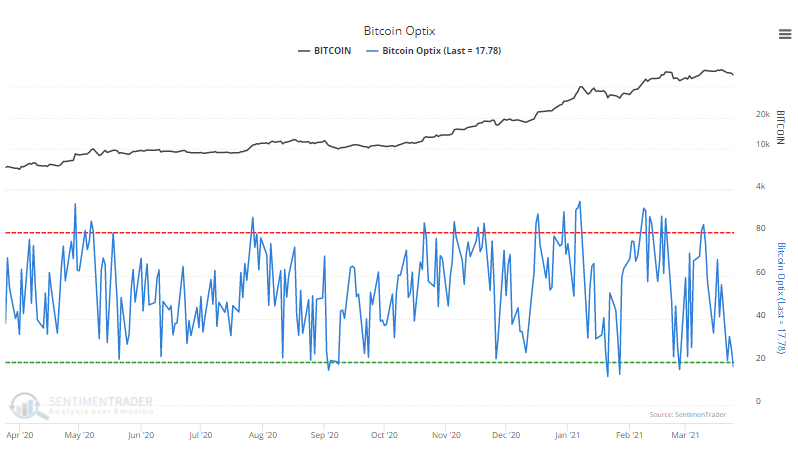 Junk blues, too. Shares outstanding in the high-yield bond fund HYG have declined steadily over the past 6 months even as the fund has increased in price. There are several reasons why shares can decline, but generally, it's considered a sign of waning enthusiasm. 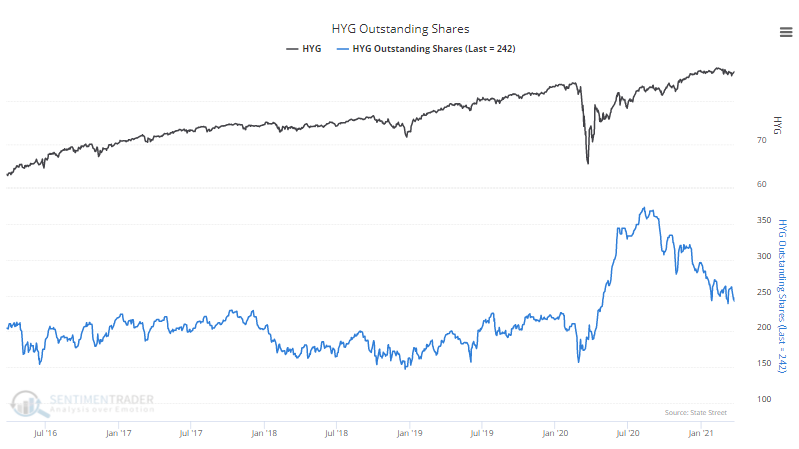 Betting against the consumer. There was a jump in put option activity among Consumer Discretionary stocks on Thursday, with the most put activity relative to call activity since November. 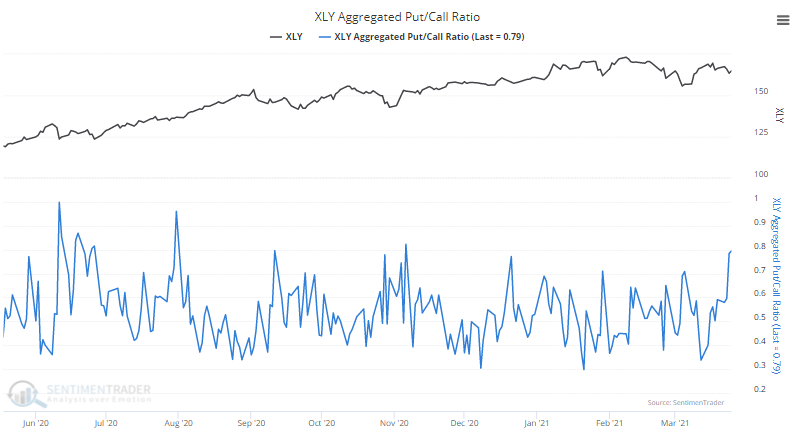 The post titled Investment bankers are looking at this with envy was originally published as on SentimenTrader.com on 2021-03-26.