Internal momentum shifts for the 1st time in 4 months

Ever since May 14, more securities on the NYSE have been hitting 52-week highs than 52-week lows. For the first time since then, more than 4 months, that changed with more lows than highs on Monday.

Below, we can see that when the net percentage of stocks at a 52-week low is greater than those at a 52-week high, the S&P 500 returned an annualized +3.9% versus +10.8% when this figure was positive.

Monday's session ended a streak of nearly 90 days with a positive net number of 52-week extremes. That stopped one of the longer streaks in more than 50 years. 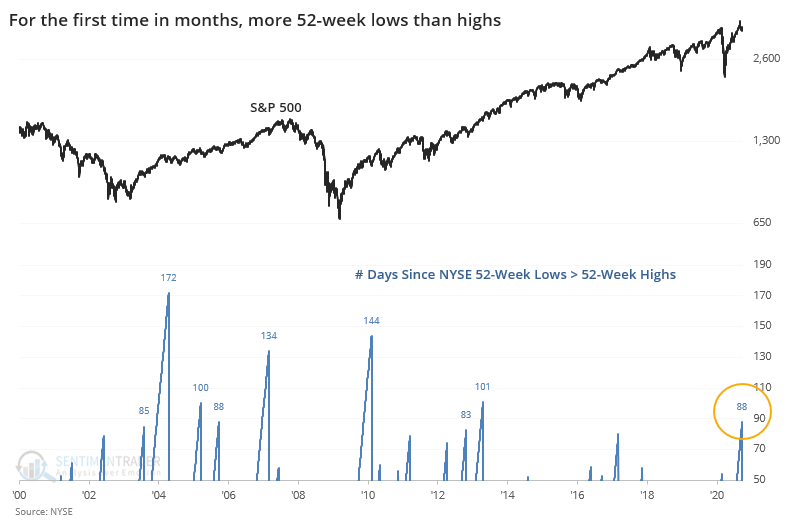 After other long streaks ended since 1965, the S&P struggled a bit short-term, with higher risk than reward, but showed good medium-term returns.

The post titled Internal momentum shifts for the 1st time in 4 months was originally published as on SentimenTrader.com on 2020-09-23.