Indexes across the world haven't done this for 2 months

For the first time in months, less than half of major world equity indexes are in a bear market.

While some have an issue with semantics, by "bear market" we're using the simple definition that an index has to be trading at least 20% below its 52-week high. 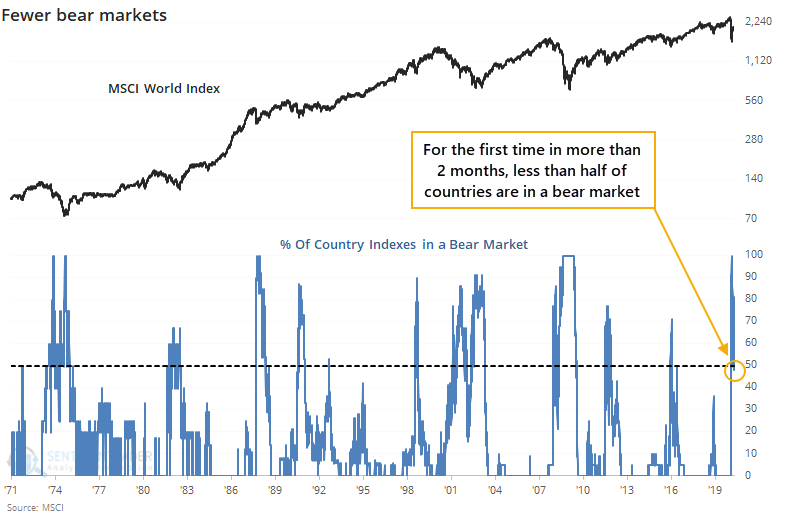 When more than half of the indexes recovered out of bear markets for the first time in months, it has been a mixed sign for the MSCI World Index.

It proved to be a false start too many times to consider it a positive now. Most of the time, the successful signal was the 2nd or 3rd one after a protracted decline. Or even if there was only a single signal, the World Index didn't typically take off on a sustained rally right away. It showed a gain 81% of the time a month later, but only 44% of the time after three months.

This is one of the unique breadth measures we follow on the site, which include:

The post titled Indexes across the world haven't done this for 2 months was originally published as on SentimenTrader.com on 2020-05-20.