Last week, some signs of "smart money" selling were triggering, yet options speculation was hitting records.

It's hard to blame folks for getting so positive. After being left behind, smaller stocks have surged in recent months, and that contributed to impressive, even historic, positive breadth readings. About the only cautionary signal is just how stretched prices have become. At its high on Monday, the Russell 2000 almost doubled from its most recent 52-week low. 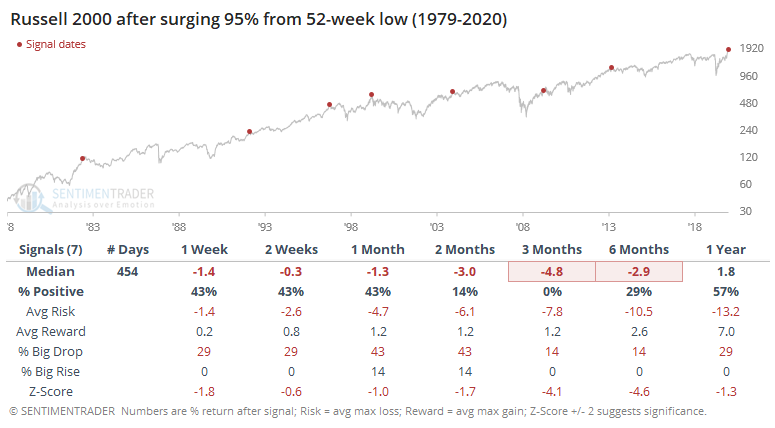 Even a surge of 95% off a low has preceded losses in the small-cap index over the next 3 months every time.

1. Putting some color on the extremes in put/call ratios, it's not just that traders are turning over a massive amount of calls relative to puts on equities, they're doing the exact opposite in indexes. Buying calls on stocks and hedging with puts on the index? [Variant Perception] 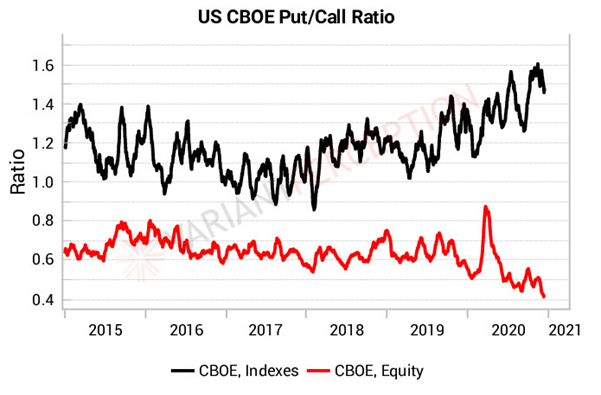 2. At least those options traders might be getting good prices because of a deep market. If they were trading the futures instead, then they might not be quite so fortunate, as liquidity in the biggest futures market of them all remains near historic lows. [Bloomberg] 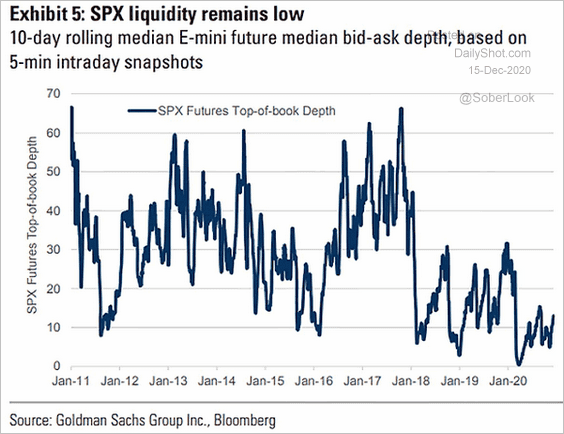 3. Fund managers seem to be in the camp of not wanting to look silly by being under-invested ahead of year-end. Cash levels among them have plunged by 40%, triggering a sell signal according to a BofA research model. [BofA] 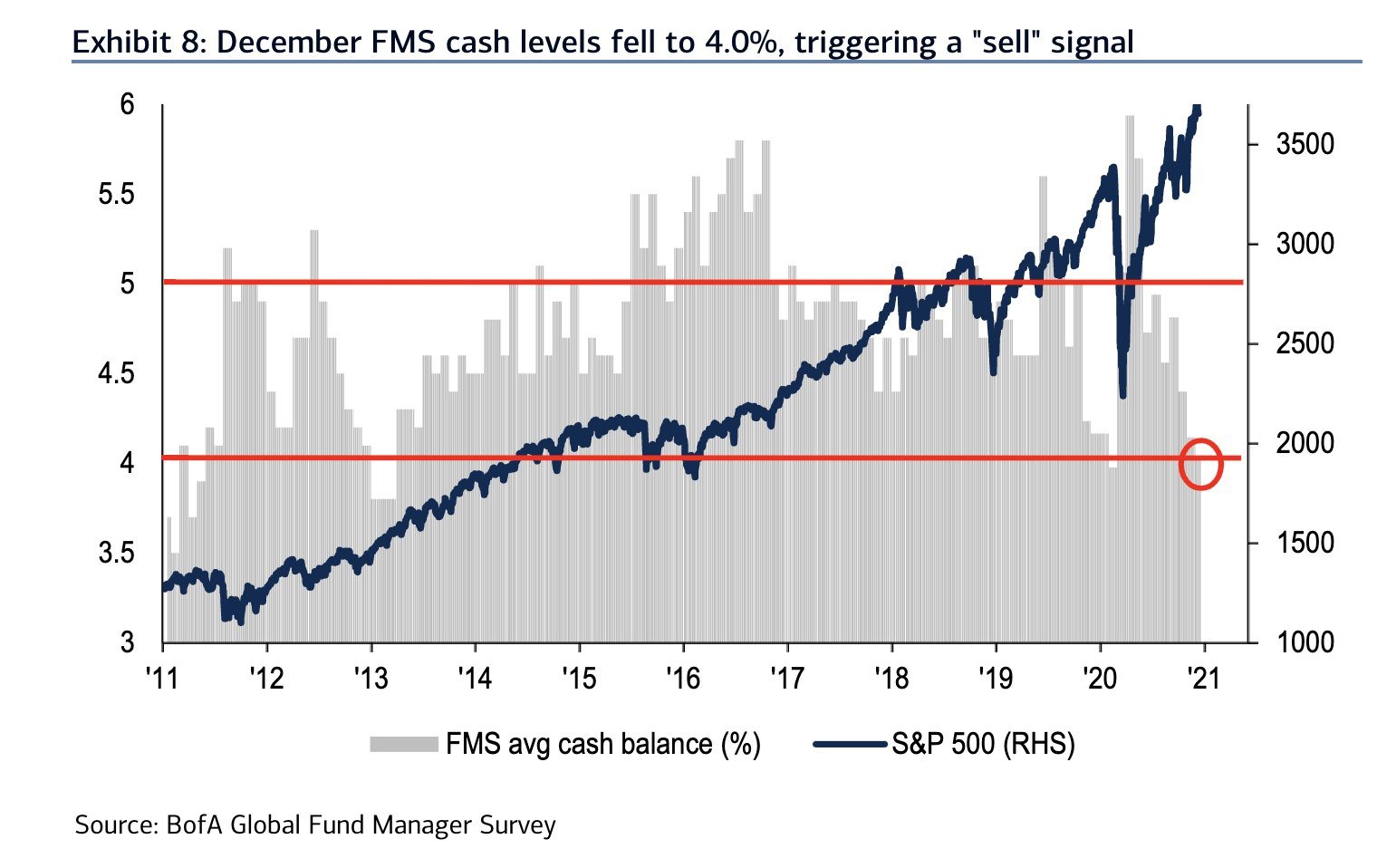 The post titled In record time, small stocks (almost) double was originally published as on SentimenTrader.com on 2020-12-15.