In June, Some Sectors Have It, And Some Don't

There are no "sure things" in the financial markets. But there sure are "things." Two of those "things" are:

So, let's take a closer look at sector investing in June using the 11 S&P 500 Sector Indexes starting in 1950.

We will test the top and bottom sectors as follows: 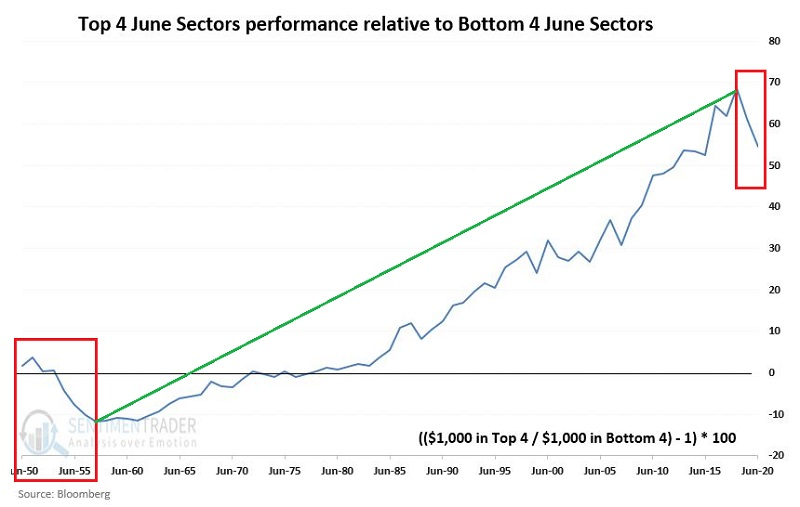 The Top 4 underperformed during the first seven years and last two years of the 1950-2020 test period. However, the Top 4 consistently outperformed the Bottom 4 for the intervening 61 years. So as we head into what can be a challenging month, it's worth noting that at least there are some sectors that aren't challenged quite as often.

The post titled In June, Some Sectors Have It, And Some Don't was originally published as on SentimenTrader.com on 2021-06-01.