Imminent Recession (So They Say)

An index that equally-weights each of the stocks in the S&P 500 badly under-performed the capitalization-weighted version of the index that everyone watches.

That masks some underlying weakness in the index. But when both indexes fall, with the equal-weight version falling the most, it did not consistently signal future weakness.

The widely watched ISM Manufacturing and New Orders surveys showed contraction for the first time in several years in August.

This has triggered a bout of large-font headlines suggesting the U.S. economy is heading into an imminent recession. And these surveys a major input to many recession models, raising the probability of future weakness. But when the surveys slip below 50 after a long period of positive momentum, it has not been a consistent signal of imminent recession, and even less so a looming bear market in stocks.

Last week, 50 companies in the S&P 500 had a selling climax, where they hit a 52-week low then rebounded to close above the prior week’s close. The Backtest Engine shows that the only period when this many selling climaxes led to a negative return was in 2008. The other weeks either preceded gains or smallish, temporary losses.

There has been another bout of “the past 8 months look just like 2007” price charts going around. As Troy noted over the weekend, there have been 9 periods of 168 days with a correlation higher than 90% to the last 168 days (dating back to the end of 2018). A year later, all of them were higher, by an average of 13.1%. 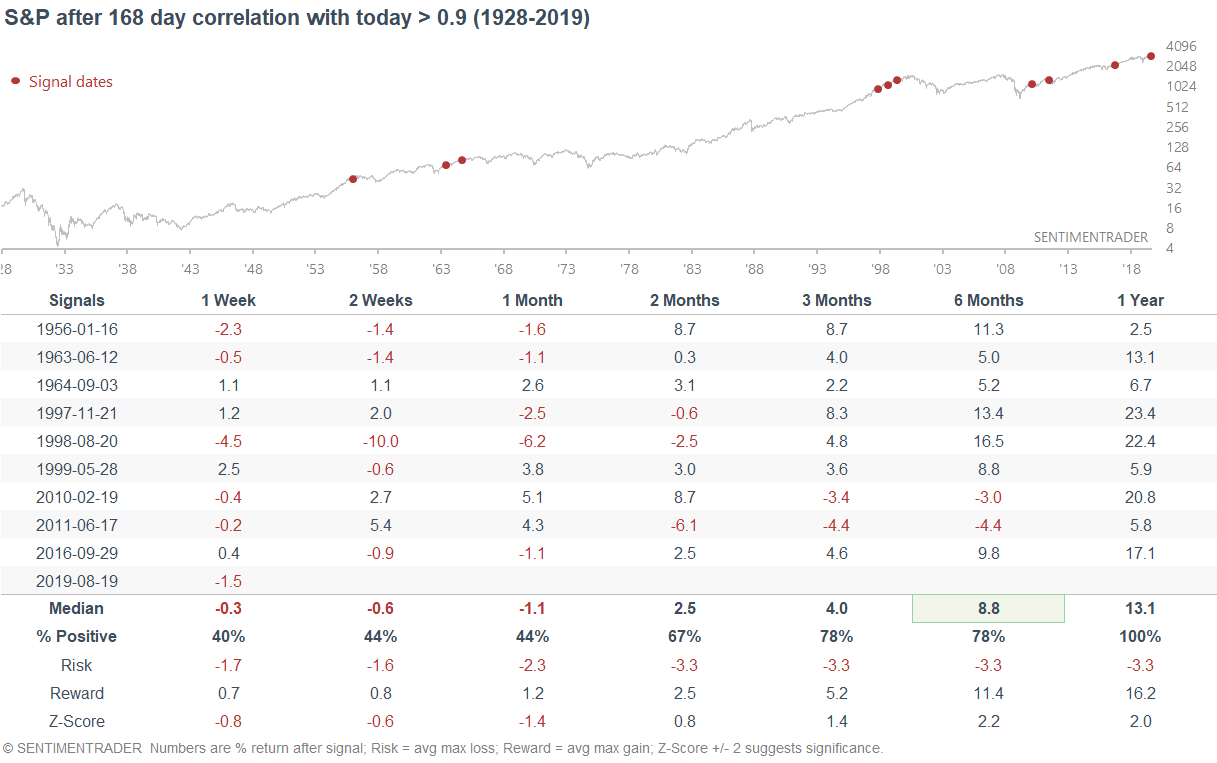 As a result, the gold:silver ratio's 14 day RSI has fallen to 18, which is extremely low. In the past, this wasn't too good for silver over the next 6-12 months. 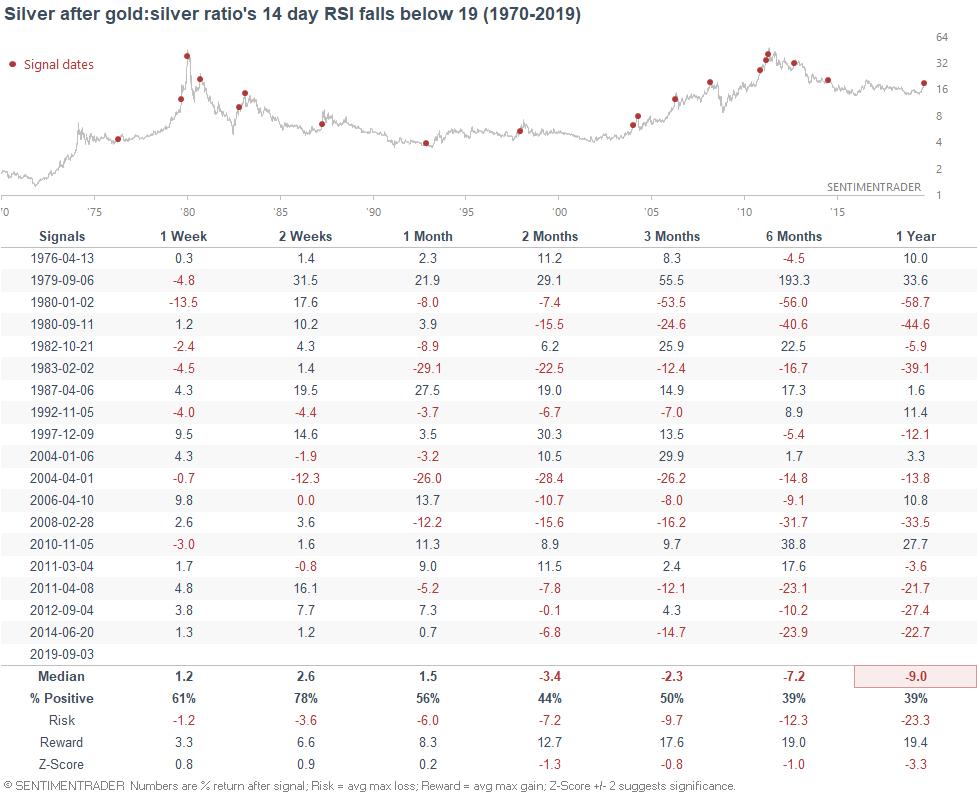 The post titled Imminent Recession (So They Say) was originally published as on SentimenTrader.com on 2019-09-04.