Bonds of all stripes have been getting hit, and the stress is starting to show in some of the measures we follow for the high-yield corner of the market.

One of the primary ways to determine the internal health of the junk bond market is simply whether more bonds are hitting 52-week highs or lows. A net New High - New Low reading above zero is good; below zero is bad. It's still good for now, but hanging by a thread.

Recent internal selling pressure has pushed the McClellan Oscillator for high-yield bonds down to a very oversold level. When this reverses up from a low level, our Backtest Engine shows that HYG has typically rallied, with positive returns a month later 76% of the time. 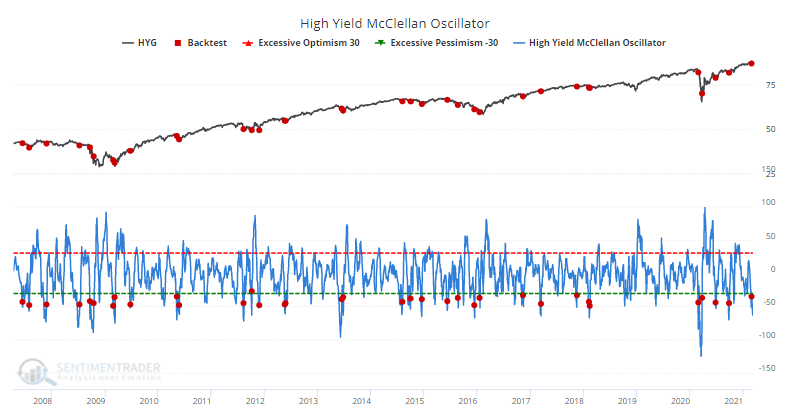 The persistently low Oscillator has caused the longer-term McClellan Summation Index to drop significantly from its highs. That shows weakening momentum, but it's still heavily positive. When this is below zero and declining, then it's more of a worry. 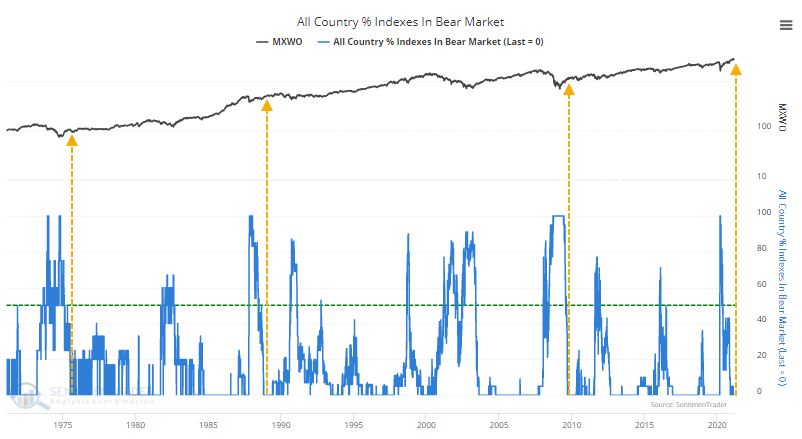 No industry bear markets, either. Among major industries in the U.S., there are also no bear markets. This is only the 3rd time we've seen this kind of cycle in the past 30 years. 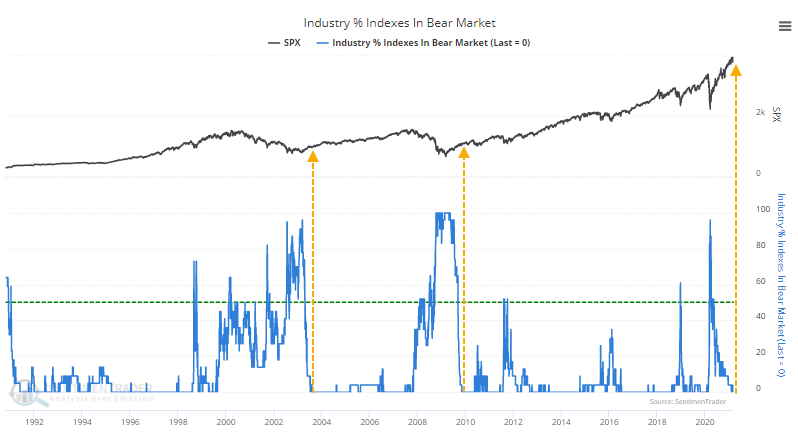 Some stocks, though. A small number of stocks within the S&P 500 are still more than 20% off their highs, though it's the fewest in years. A low percentage tends to be a positive sign, but a very low percentage has preceded some shorter-term weakness. 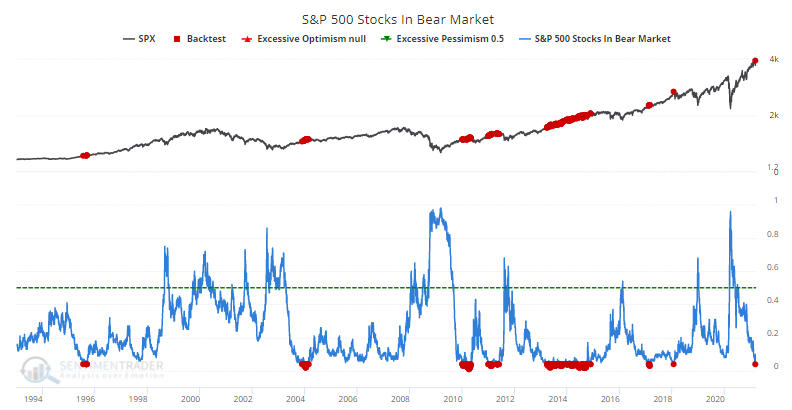 The post titled High yield bonds rarely get hit this hard was originally published as on SentimenTrader.com on 2021-03-12.