Hedge funds that focus on long/short equity strategies seemingly have very low exposure to stocks, which has been a pattern for all of 2019. More specifically, they have near record low exposure to some of the factors that spiked this week. 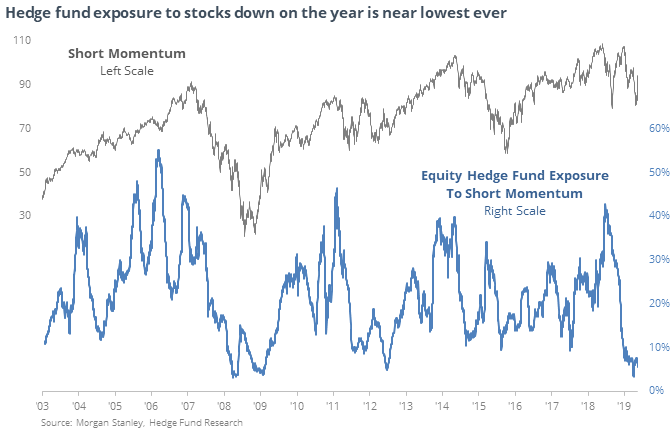 Their rolling correlation to short momentum (the bottom 15% of stocks YTD in the Russell 3000) has been hovering near the lowest levels in 16 years, on par with the end of the financial crisis.

It’s become a popular theory to assume that we may be headed into recession simply because people think we are. If that’s the case, then the media isn’t helping. 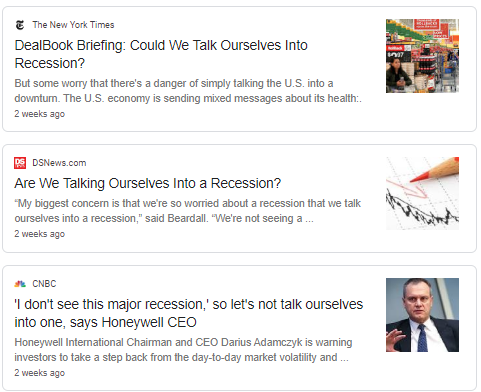 Based on a compilation of news stories mentioning recession, the news has been filled with recession talk to the greatest extent since 2008, with more than 2,000 articles qualifying according to Bloomberg calculations. That was a good sign for traders except for 2008 itself.

A big jump in small stocks

A record number of small-cap stocks jumped outside of their upper Bollinger Bands this week. Nearly 50% of them did so. Per the Backtest Engine, there have been 3 other times more than 40% of Russell 2000 stocks exceeded their upper Bands, leading to at least a 4% rally in IWM over the next 3 months. 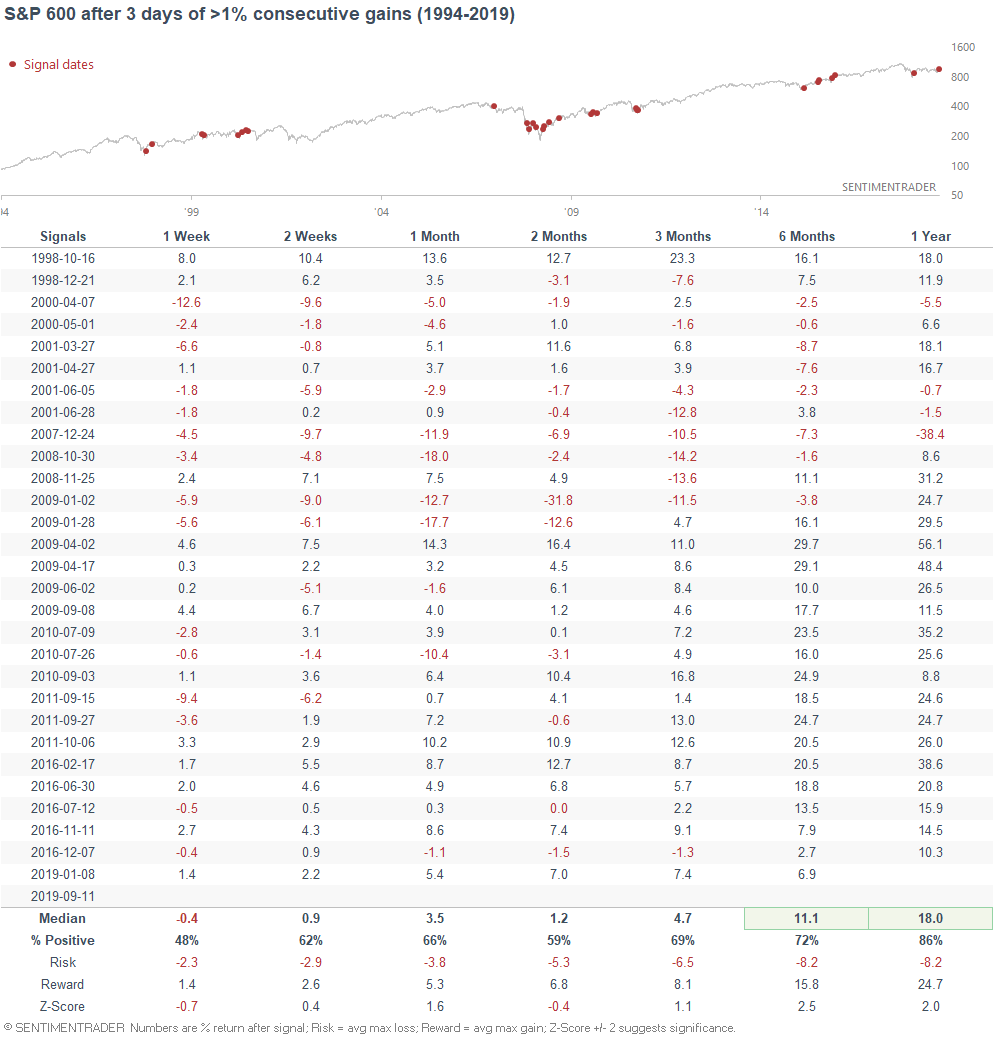 The post titled Hedge Funds Hate Bad Stocks was originally published as on SentimenTrader.com on 2019-09-13.